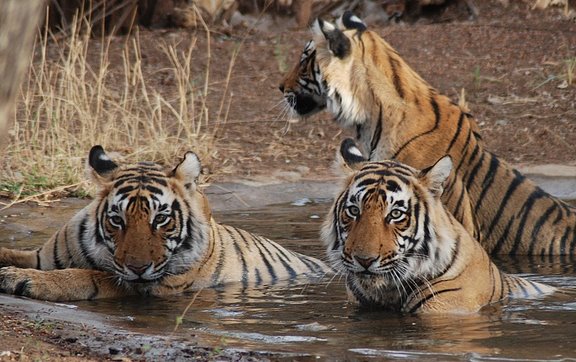 There are many great parks in India where one can see some of the world’s most exotic animals. One of those such parks is the Bandhavgarh National Park who features mostly tigers, bears and leopards within its confines. Located only 30 kilometers from Umaria and covering an area of just over 105 square kilometers, the Bandhavgarh National Park is an excellent choice for viewing the majestic animals which are most associated with the Jungle Book

This park is basically a bowl formation with cliffs encircling it. In the park one can find some very thick blanketed forests as well as lightly wooded plains. The upper altitudes of the park which can be found along the cliffed rim is filled with a number of wetlands from which you can observe a great number of water fowl which are unique to these woods. The Bandhavgarh National Park is known to have 25 tigers living within its boundaries. These tigers are closely monitored for their protection and therefore can easily be found when traveling with a knowledgeable guide. In the center of the park’s bowl, there are 32 hills from which to view the natural beauty of the surrounding terrain as well as catch a glimpse of the elusive tiger.

This region was not always a park, as it was only declared as such back in 1968. Prior to becoming a park, the region which the park is now situated, use to be the royal hunting grounds for the Rewa family. It is in this park that the White Tigers of Rewa were located and there can be found 25 left in the park. One of the greatest pleasures about Bandhavgarh National Park is that you can tour the park by elephant back and while viewing the picturesque landscape you are more than likely to find animals like Chital, Chausingha, Wild Boar, Nilgai, Chinkara as well as the possibility of seeing a Jakal or Fox.

It is important to remember though, that this park is closed throughout the entire monsoon season so if you plan on visiting you should try to make it here between the months of November and June. With so much to see and do in this park, you will have a hard time choosing a jeep safari or an elephant tiger tracking as your means of trekking this majestic park.

10 National Parks In India To Visit On Your Next Holiday 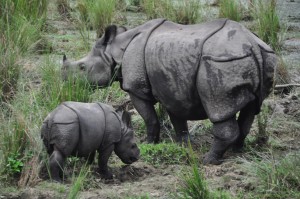 One thought on “Bandhavgarh National Park”