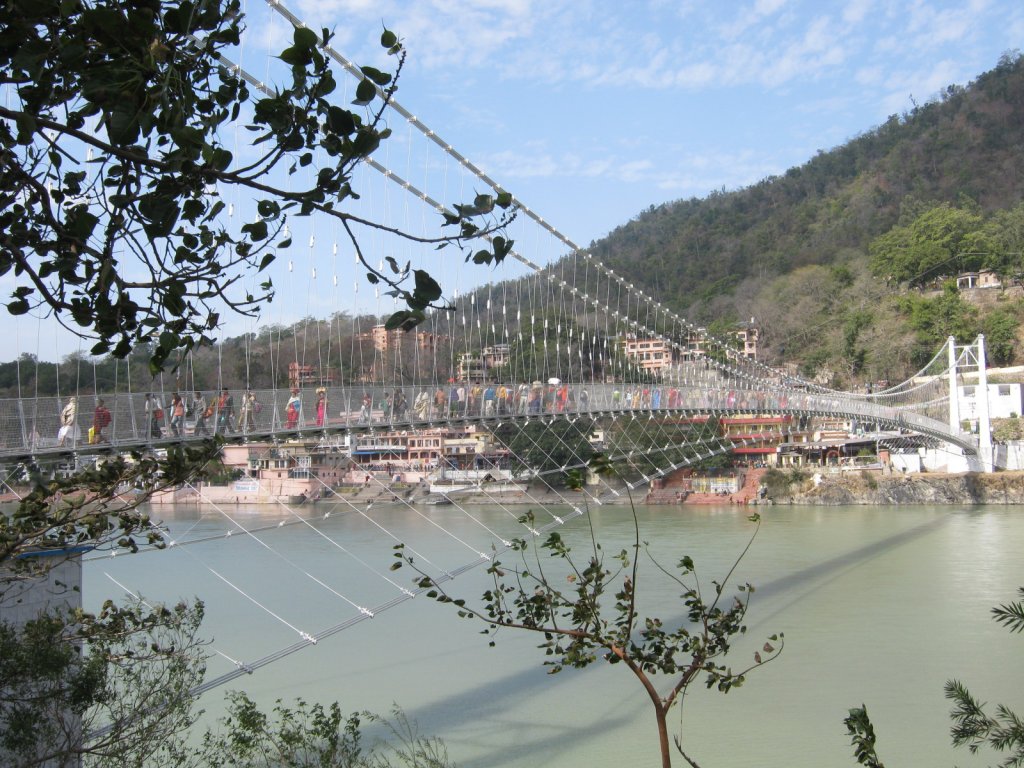 Lord Vishnu is one of the main three Hindu gods, who with all his avtaars is the deity associated with Rishikesh travel. For most Hindus the city of Rishikesh is a holy place of pilgrimage that they must visit at least once when alive. And if they can not do so, it is left to the next of kin to ensure that they travel with their body’s cremated ashes and pour them into the Ganges River there. This is the reason why you will see small ceremonies being performed for the last rites of loved ones at the banks of the river all along the town.

Family members dressed in white and priests dressed in saffron robes are the most common site to be seen on the banks of the river Ganga. Part of this is because it is believed by the Hindus that if your ashes are dumped into the river after death, your soul goes straight to heaven. A bit simplistic but has great appeal to many people. After all who would want to miss out a free trip to heaven. The pilgrimage circuit of the “Char Dham” or four holy places of the Hindus also starts and ends at Rishikesh. These are “Badrinath”, “Kedarnath”, “Gangotri”, and “Yamunotri”. In most cases once a person has settled up his family by marrying his daughters and getting his sons jobs, he is supposed to set out on a pilgrimage of these four places. The first stop is naturally Rishikesh. The “Triveni Ghat” is supposed to be the point of confluence of the three rivers Ganga, Yamuna and Saraswati. So all pilgrims usually take a dip in the water at this point and then proceed on their pilgrimage to the Char Dham.

The city of Rishikesh first caught the imagination of the western world when the Beatles decided to stay and write some amazing songs here. This was in the 1960s and since then the city has been a popular destination for people on a quick fix hunt for spirituality. It is the self styled Yoga Capital of the world. It has numerous temples and ashrams which offer yoga and meditation classes. Mythologically speaking the city is the location of many events that took place in the great Indian epic the Ramayana. So you will find references to the Raghuvanshi princes in the local landmarks.

Geographical location and How to get there?

The city is situated in the recently formed Indian State of Uttarakhand also known as Uttaranchal. It is also on the banks of the river Ganges. One of the holiest rivers as per the Hindus. The Hindus believe that when the ashes of a dead person are poured into the ganges, the soul gets direct entry into heaven. This is why you will see many priests performing the last rites all along the banks of the river, along with the kin of the deceased. It is also the gateway to the Himalayas. And the starting point for the Char Dham Yatra.

The closest airport is at Dehradun, about 15 km away. While it does have a railway station it is a quiet one with only two or three trains a day. It is better to get to Haridwar railway station and do the remaining journey of about 45 minutes by road. Haridwar is well linked by trains from Delhi. So getting there is not a problem. Local exploration will have to be done by road.

What to see and Things to do at Rishikesh

The Trayambakeshwar Temple, is a 13 stories high temple with a different diety being worshiped at each level. A must see. The Gita Bhavan and Swarg Ashram must also be visited. This area of the town is best explored walking. It is also good to set the Ganga Arti in the evening. Triveni Ghat is a bathing ghat. Daily there are many pilgrims who throng to this ghat to have the holy dip in the purifying waters of the river Ganges. The river is actually worshiped as the Godess who gave birth to Bhishma, a great warrior prince who was the grand uncle to the Pandavas in the Mahabharat. One of the major landmarks that one can visit in Rishikesh is the “Lakshman Jhula” where the mythological Prince Lakshman, younger brother of Lord Rama is said to have crossed the river Ganges. The Bharat Mandir dedicated to Lord Vishnu is just one amongst the many temples that one can visit in Rishikesh. There are more than a dozen big and small temples in and around the main city. There is an ashram dedicated to the “Neel Kanth” or Lord Shiva. The blue throated Lord Mahadev received this name when he swallowed the poison which the ocean threw up as the churning of the ocean was done by the Gods and the Demons. It is an interesting temple to visit, if you have a good guide who can explain things well.

Being some thing of a spiritual centre for Hindus there are many ashrams here which cater to the pilgrims. One of the most famous is the Swargashram Maharishi Mahesh Yogi Ashram, which was associated with the Beatles in the 1960s. Unfortunately not all the ashrams are very spiritual, and some of them are more like cheap motels.

In fact the city is known as the place from where Yoga came to the western world. It is still regarded as the capital of Yoga world wide. A number of ashrams offer crash courses to pilgrims interested in practicing the art of Yoga. Make sure that you go to one which has a good reputation and trained teachers. Also make sure you shop around for the right price.

Should you want a break from the so called spiritual Rishikesh travel, you can try out some white water rafting on the Ganges. About 27 km from the city centre there is the possibility of getting some adventurous white water rafting experience. It can be quite an exhilarating trip, both spiritually and physically should you decide to take the journey.

Get a basic class in meditation and explore your spiritual self. Learn some yoga or how to play the sitar. Experience some crystal healing or special oil massage. Learn to chant mantras that empower you along with others. If all the spiritually begins to get too much take a break. Go white water rafting or hang out with the numerous back packers who visit the city. Plan a trek into neighboring areas and enjoy camping out in tents. Watch breath taking waterfalls and explore sandy beaches. It is all more than possible in Rishikesh. 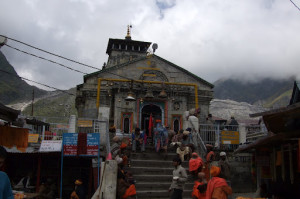 Narkanda is situated in the Shimla district of Himachal Pradesh at an astounding altitude of 2,708mts above sea level. Narkanda Read more

Pachmarhi Hill Station located in the Satpura ranges. It is an idyllic hill station in Madhya Pradesh. Pachmarhi is about Read more 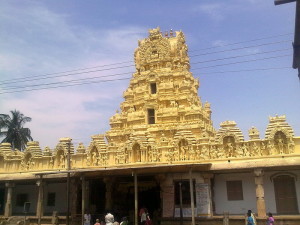 Melukote Karnataka is very well known for various temples. The town is regarded as the temple town of Karnataka. The Read more