Situated at the banks of river Ganga, Kashi or Varanasi happens to be one of the oldest holy cities of India. Located in the state of Uttar Pradesh, the ‘Spiritual Capital’ of India is a major attraction for visitors worldwide. They say that humans when on their death bed are sent to Varanasi for their last rituals as it is believed that one will attain moksha or salvation if they breathe their last in Varanasi in the lap of Ganga. Varanasi is also known for its beautiful and old ghats that sing the saga of the sacred and holy land of India.

#Day 1: A light stroll along the Ghats and the spectacular Ganga Aarti

Arriving at Varanasi railway station and then to our hostel made the clock tick 5 in the evening. Ganga aarti in the evening at DasaswamedhGhat was the next catch for us. Though Ganga aarti is organized in other ghats as well but the most breathtakingly gaze it gathers is at Dasaswamedh only.  Walking through the narrow lanes or ‘galis’ of Kashi with shops on both sides of it was a bit exploratory. All the galis looked similar to each other and even Google lost its navigation! The shops were mainly of costumes, knick-knacks, souvenirs, antiques and hotels and cafes. Cows and bulls are often spotted in the galis pacing slowly while passer byes manage them to make way for others! A five minutes’ walk fetched us to DasaswamedhGhat where all were decked up for the evening Ganga aarti. The stairs or ghats that lead down to the river were beautifully decorated with lights. A huge crowd had already gathered at the ghat for aarti. Apart from sitting on the ghats, boats and small launches were anchored at the ghats from where one can enjoy the aarti as well. As the aarti began, Vedic hymns were being chanted and the air around us gradually started turning sacred. The hymns created a serene effect in our minds and we got overwhelmed with the spirituality of the place. As the aarti came to an end, we went for a boat ride along the river. The vessel took us through the other ghats along the river namely Manikarnika Ghat, AhalyabaiGhat, HarishchandraGhat, NaradGhat, Man MandirGhat, and AssiGhat and the fresh air of the river filled both our body and soul. There are almost 80 ghats along the river and each one of these has a story to tell. These ghats are very old and historic and were renovated during the Maratha Empire dating back to 1700 AD. All the ghats are dedicated for prayers and worship except ManikarnikaGhat (mainly) and HarishchandraGhat where the last rituals of men are performed. The ending of the boat ride followed by dinner brought a full stop to our evening as we retired to our hostel weary.

Day two started with a dip in the holy Ganges. Quickly followed by breakfast we headed towards Kashi Viswanath Temple.

This famous Hindu temple is dedicated to Lord Shiva and is one of the twelve Jyotirlingas in India. The temple has faced destruction and reconstruction many a time in history. The last demolition of the temple was done by Aurangzeb and he built a mosque (can be seen till date) at the temple site. Later in 1780, the Maratha rulers of Indore reconstructed the temple beside the mosque where presently the temple stands. Crowd densified as the temple drew near. The thin lane that brings pilgrims and tourists into the temple premises is called Viswanathgali. The main deity of the temple is Annapurna-Viswanath. Viswanath is Lord Shiva and Annapurna is the incarnation of Mother Parvati, Lord Shiva’s wife. Apart from the main shrine, there are other small shrines dedicated to Lord Vishnu, Lord Shiva and Lord Ganesha. There is a well inside the temple premises called ‘GyaanVapi’ where the priests of the temple hid Shivalinga from foreign invasions. The three golden domes of the temple is another chief attraction of the shrine. Finishing with a not so short show up of the temple our stomach was craving for lunch.

After lunch our next destination was Sarnath. Located at a distance of 12 km from Varanasi, Sarnath is famous for Buddhist Stupas. The DhamekaStupa in Sarnath is a famous stupa as after attaining enlightenment, Buddha delivered his first preaching here. Beside DhamekaStupa, lies an excavation area where numerous Buddhist remains have been found that date back to a time before 12th century BC. Those artifacts are displayed in a museum just next to the excavated area. This archaeological museum is also called the Sarnath Museum and is famous for hosting various ancient and extraordinary articles. Amid other historical items, the Ashok Chakra (though some part of it is broken) is also being displayed in the museum. The famous Ashoka Chakra in Indian emblem is inspired by this artifact which marks the visit of Emperor Ashoka in Sarnath. In the ruins of Sarnath stands a Buddhist temple named MalugandhaKutiVihar which bears a distinct style of Buddhist architecture. Beside the temple, roots one of the segments of ‘Bodhi Vriksha’ under which Buddha attained enlightenment. Apart from these, there is a Jain Temple, a Tibetan Temple and a Japanese Temple which are a major attraction for tourists.

Finishing with Sarnath called our day to an off and we returned to Varanasi late evening.

The last day of the trip began with sightseeing in Varanasi. Benaras Hindu University was our first destination.

Established in 1916, ‘Kashi Hindu Viswavidyalay’ or Benaras Hindu University is one of the oldest Universities of India.  Founded by Pt. Madan Mohan Malviya, the university currently holds above a hundred departments and schools. The initial lush green campus was spread over an area of five kilometers square and has been increasing till date in terms of areas and facilities. There is a Birla Temple or new Viswanath Temple located within the premises of the University which is another allure in the campus. This temple is dedicated to Lord Shiva and is very similar to the main Kashi Viswanath temple.

Later in the day, we visited some temples in the city viz. TulasiManas Temple, Durga Temple, and Kalbhairav Temple. Our last attraction of the day was Ramnagar Fort.

This is the ancestral home of the Kashi kings. The fort is made up of sandstone with Mughal style and architecture. Inside the fort, there is a museum called Saraswati Museum, the king’s residence and Ved Vyasa temple. The museum displays its collection of vintage cars and ‘palkis’ (palanquins).  It also has different galleries dedicated to armors, antique pieces of furniture, royal apparels and musical instruments. Though the condition of the fort is not so good, a part of it is used for shooting of movies and serials.

Returning from Ramnagar Fort marked the end of our day as well as Varanasi trip. We headed off for station as the deep-rooted ghats of Varanasi bade us a ‘Visit again’ goodbye!

Tue Jun 4 , 2019
Listen Share on Facebook Tweet it Pin it Share it Email Honeymoon is that time of the year when two souls meet together and understand each other in a better way. This is a period to have fun, enjoy and get used to each other. Chennai is a destination that […] 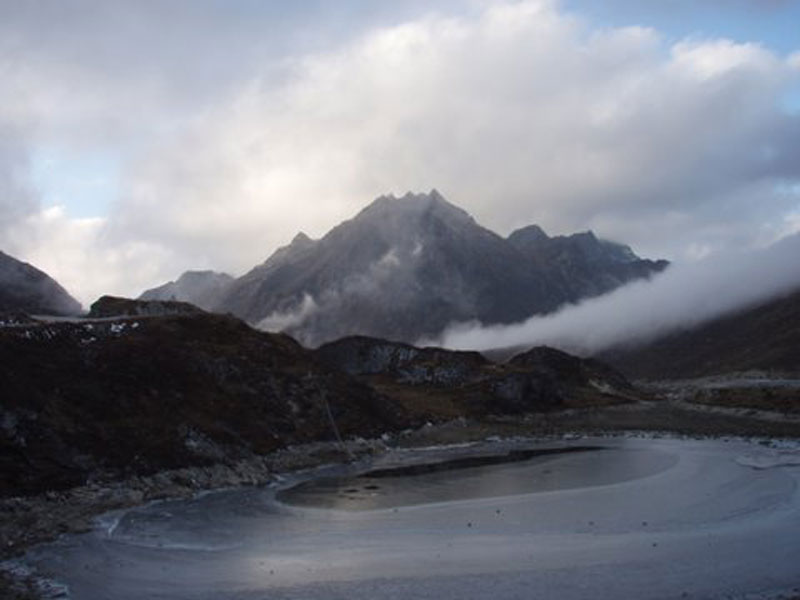