The winters bring a much-desired charm to your travelling experience. You don’t have to bear harsh sun rays or beat yourself up for an unexpected shower. You have to pack your bag with winter-ready clothes and move on. Here are some unusual places you should visit this winter to give yourself a much-desired break. 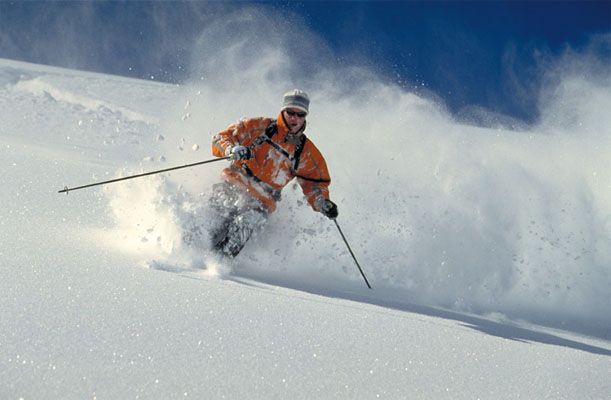 Nanded, Maharashtra – Nanded is a glorious city known for its famous gurudwara Hazur Sahib and other sightseeing spots. Let’s unravel the destinations in detail.

Hazur Sahib– The site is a mark of respect for the tenth Guru, Gobind Singh Ji. It is one among the four Sri Akal Takht Sahib. Here, the Sikh Guru used to hold his court, but some attackers stabbed him one fine day. Though the Guru killed him with a single stroke of the sword, the wound was deep that it reopened; after a few days, he rested for a long sleep after declaring Guru Granth Sahib as his successor.

Fort– Another destination that might bite the history buffs hard is Nanded Fort. The fort is situated 4 km away from the Godavari river. It was built by Mohammed Bin Tughlaq and showcases the tradition and culture of the Mughal empire.

Mandi: Often known as Varanasi of Hills, Mandi is a breathtaking destination that relieves you from the daily monotony of life. The scenery and spiritual vibes capture the essence of nature and let you dive into it. Adorned with rugged terrains, the destination is a must-visit among adventure lovers. It is a tourist paradise. Famous destinations that you should explore are

Rewalsar Lake: The sparkling, unending blue lake is a must-visit destination. It stays calm all year and gets to life when the mercury rises during the summer. Surrounded by rugged mountains, the scenic lake is at an altitude of 1360 m above sea level and 22.5 kilometres away from Mandi. The lake is square and covers an area of 735 m.

Sunken garden– the garden was dated 500 years ago, and it is believed that the king of Mandi, Raja Sidh Sen, murdered his son-in-law, Raja Prithi of Bhangal and buried him here. The park is an epicentre of major activities, and it was a lake earlier, but then it was transformed into a garden by the Raja. It has a clock tower too.

Bathinda: Bathinda is a famous tourist destination situated in Punjab. It is endowed with various parks and other historical sites. It is also famous among the foodies, and people visit here for sightseeing. This splendid destination captures the Punjabi culture to its best. Whether you want a big glass of lassi or wish to experience the famous folk dance Bhangra, visiting Bathinda should be on your priority list.

Chetak Park: It is an enthralling park filled with joy and entertainment. The park is surrounded by lush greenery and flowers bed all around. The most delightful aspect of the park is the lavish greenery which is well-maintained. It is a family destination where you can also experience roller coaster rides and fun activities with a balloon. It is an idyllic picnic spot.

Lakhi village-Situated 15 km away from Bathinda, Lakhi village is one of the best destinations to visit. It is a remarkable area where historians love to gather. It is believed that Shri Guru Nanak Dev Ji delivered one lakh sermons here.

A small city nestled in the Chhattisgarh district has various popular destinations that endow peace and serenity in the minds of travellers. Here are some famous sightseeing spots that you cannot afford to miss.

Maitri Bagh: As the name suggests, the garden uplifts the spirit of friendship. It is situated 9 km from Bilaspur district and is developed by the Bhilai steel plant. In this park, you can spotlight caged birds, animals and even species of foreign birds. It has a musical fountain located between the park that adds to its beauty. You can also spot bears at a ticket of Rs 20 or 30.

Ganga Maiya Temple: Ganga Maiya temple is located at Jhalmala village of Chattisgarh, which is 60 km away from Bhilai Basti. The temple is situated in a village named Jhalmala in Balod. Thousands of devotees throng here for darshan. The idol of Mata was found under the water, due to which the name of the temple was rechristened Ganga Maia temple.

Dehradun– if you wish to experience the taste of chilly weather, Dehradun is a destination that you should not afford to miss.

Chakrata– it is a small village that is a retreat to the eyes of the visitors. This serene destination has many things to offer tourists, like camping, trekking, or just sitting in the lap of nature.

Dhanaulti- snuggled in the lofty Himalayas mountain, the site is a weekend getaway for travellers. The destination is spectacular and has various famous attractions like Surkanda Devi, Eco Park and Deogarh fort.

If you want to experience bone-chilling winds and celebrate the new year with nature as your companion, visit the above destinations.

Sun Jan 8 , 2023
Listen Share on Facebook Tweet it Pin it Share it Email Not only do urban travel enthusiasts love to visit Purushwadi, but travelers from small-town cities also come here to satiate their wanderlust. Over the past few years, the travel industry has been booming here because of its unique Fire […]