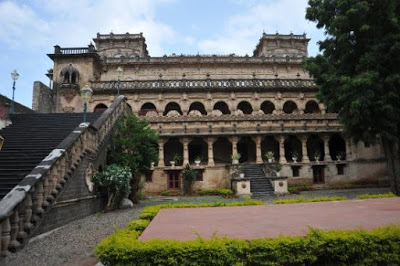 Are you tired or feel odd one out from couple’s Christmas party? Well, plan for an off-beat destination located in Gujarat, Gondal. This tourist destination boasts of several tourist destinations including palaces, temples, and other places of historical significance. But right now, we are going to talk about one of the popular destinations of Gondal, Naulakha Palace. Let’s delve into deep details. 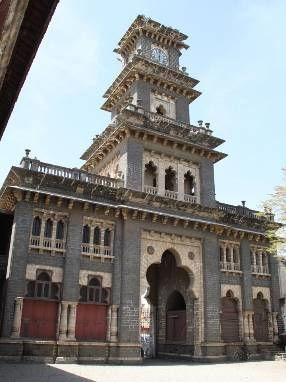 It is one of the oldest palaces located in Gondal, India, The palace is a part of the Darbargardh fort complex. It is named after navalakha which means 9 lakhs rupees which was the cost of the building. The building is beautifully adorned with stone carvings and balconies, the building also contains pillar courtyard and elegant spiral staircase. The large chandelier lights the durbar hall exquisitely and here you can witness the items of the bygone era including stuffed panther, wooden furniture, antique mirror, to name a few.  The palace has a private place which is now transformed into a museum and it contains a wide array of silver caskets which carried messages and gifts for Maharaja Bhagwat Sinhiji on his silver jubilee as a royal ruler of Gondal.

The palace can be easily accessed and is well-connected by rail, road and air services. The temple is situated 38 km away from Rajkot and which is the nearest airport and railway station.

Exclusive features of the palace

Gondal was once the capital city of Rajput dynasty and the Naulakha Palace is known to be the ancient palace in the Gondal city. It has exclusive architectural features, including jharokhas, royal durbar hall (presently used by the Maharaj), a staircase, chandeliers, decorated mirrors and vintage furnishing. Inside the palace, you can see the floor that is carved from sculptures of real and mythical animals and that adds to its uniqueness. The part of the first floor includes architectural marvels made out of wood. The museum houses artifacts collected by royal dynasty, toy cars, and an exhaustive range of books, award and accolades. The decorated balcony offers a scenic view of Gondal town. The side room has a huge collection of kitchen ware, weighing balance, which is used on special occasions to celebrate the birthday when he used to weigh in gold equivalent and is donated to the poor people. Another interesting feature is noted reflection of the palace on the river.

A sneak peek at its history

The palace is situated with Darbargadh and was built in the 18th century and later on additional structures were added. The main approach to the palace is a curved gateway structure and a clock tower. There are various other structures located inside the complex, like the Huzoor Palace- a residence of royal family, the Orchard Palace- which is a wing to Huzoor palace and River side palace which is located 1.26 km away from Naulakha. An adjoin palace is in a phase of devastation, then there is a Gori Pir- a shrine where Muslim devotees flank from various parts of the world. Other destination includes railway salon, which is displayed in form of garden, accommodation, a full- fledged dining room and bathroom.

If you are really interested to explore this ancient palace, go and visit it. It is meant for all the historical buffs, who want to see the palaces and lifestyle of the royal dynasty. It provides a first- hand exposure of the same. In the end, we would like to conclude that India is a potpourri of cultural and heritage sites.