India is the birth place and cradle of world’s major culture and religions. The different shades of tradition and rituals contribute a lot to Indian culture.

AMRITSAR: THE GOLDEN CITY:- Being called as the heart of Sikh culture established in the year 1574 as a holy town by sikh guru Guru Ram Dass. The fourth guru found a tank and excavated, turned it into a lake called sarovar of holy water. Harminder Sahib the golden temple Jalianwalah bagh wagha border is the famous places to visit. Apart from these  mentioned places are Durgiana Temple, Akal Takhat and many temples museums are the main attraction of the city. In addition to this, authentic Punjabi cultural food is the main attraction. This can be relished anywhere in the city. Amritsar is connected from all the modes Road/Rail/Air from all over the country.

India is the birth place and cradle of world’s major culture and religions. The different shades of tradition and rituals contribute a lot to Indian culture.

LUCKNOW : THE CITY OF NAWABS :- Lucknow is the capital city of Uttar Pradesh and is ranked among the high for places to experience Indian heritage and culture of the India. This city is amalgamation of Hindu and Muslim culture also many literary and performing arts flourish here. City is famous for craftsmanship and painting style. The city’s architecture is being influenced by Delhi’s sultanate. The Mughals or the Nawabs from Awadh and Britishers too contributed to the making of Lucknow. Bara Imambara, Chota Imambara, Rumi Darwaza, Dilkusha kothi, British Residency are the main cultural places to visit. The tourist can walk through Chattar Manzil, Clock Tower, Sikander Bagh. Begum Hazrat Mahal Park shahi baoli, Jama Maszid, Butler Place are the other tourist attractions for culture and heritage. You can always relish the local Awadhi cuisine in foodings. The city can be easily reached by Road/Rail/Air.

AGRA :- Agra being the other city in Uttar Pradesh which is famous all over the the world for it’s rich heritage culture. Agra was founded in 16th

Century by Sikander lodhi later on was captured by Mughals. Agra was the place which once ruled by Rajput Rulers. Taj Mahal,Agra fort, Jama Masjid, Fatehpur Sikri, Itmaudaula’s Tomb, Sikandra fort Mehtab Bagh are the places for tourist attractions. This speaks about rich heritage cultural of the city.

VARANASI:- Riverside Ghats Images of Temples colourful markets and saffron clad priests always come in mind when you think of Hindu city Varanasi. Ganga Arti in evening is famous in this heritage city of India.

RISHIKESH :– The Ganga city located in Uttra Khand is famous city.Being known as most religious place for hindu devotees. The influence of Hinduism can be easily viewed in this heritage city. Yoga and mediation here also contribute to rich heritage culture of Hindu’s.

Thu Apr 4 , 2019
Share on Facebook Tweet it Pin it Share it Email Are you one of the explorers who want to travel the world, without destroying your health? Well, fret not because in this article, we have given you suggestions on how you can remain fit without having to spend much. Pin […] 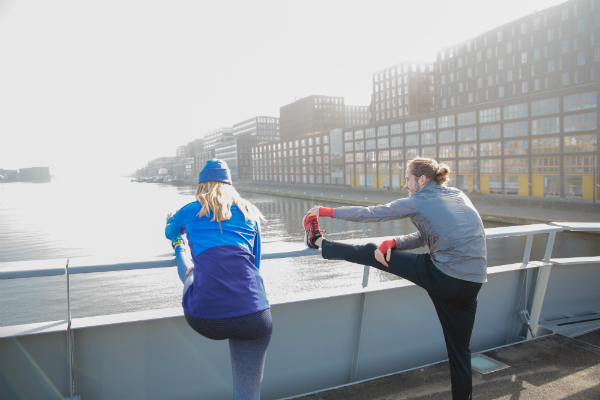