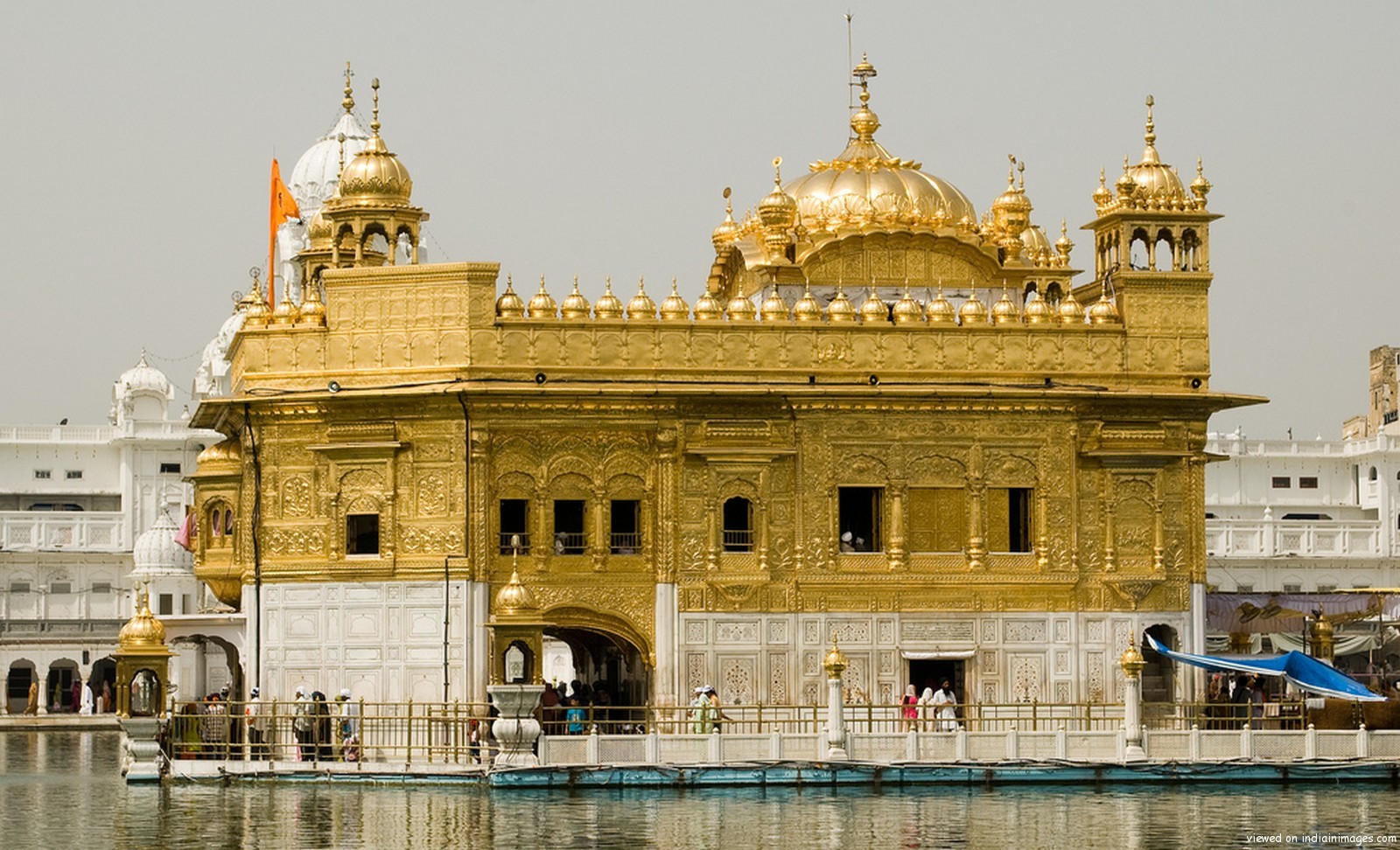 The Golden Temple at Amritsar is the holiest shrine of the Sikh community. It is known as the “Harmandir Sahib” and is a major place of pilgrimage for all Sikhs in India. Sikhism is the youngest religion amongst the many that co exist in India. The founder of the religion was Guru Nanak Dev Ji. A spiritually enlightened man, who traveled far and wide and was regarded as a saint for all the miracles that he did. After him there were a total of ten Gurus, or living heads of the religion, before the last Guru did away with the succession. He had all the wise words of the previous Gurus compiled into a holy book called the “Guru Granth Sahib”. Then he declared that hence forth this book was to be the guide for all members of the Sikh religion.

The place of worship or the “Gurudwara” of the Sikh community is centered around this holy book. In all the Gurudwaras in the country or even else where in the world, this book is imperative. In the Golden Temple the place where one would expect an idol of the god or goddess is taken by the holy book. This book is treated as a person. It is read out aloud from by an appointed priest every single day. Then at night it is shut and wrapped up in silk cloth by the priest only to be opened again the next morning. A fan of feathers is used to keep the book, who is considered a person, cool.

It is in the olden part of the city of Amritsar that the holiest of the Sikh shrines exists. The Temple is a two-storey building. the temple was build of beautiful marble structures, precious stones. 100 KG of pure gold was applied to the copper sheets on the dome and the exterior of the building. donated by Maharaja Ranjit Singh in 18th century have led to its unique appearance as a gurudwara and this also to its name of the Golden Temple. 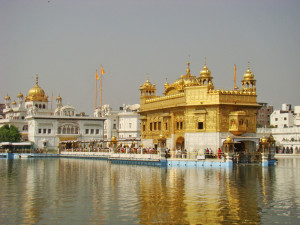 The shrine is open to members of all religions and communities and you can visit it every day. The Guru Granth Sahib or the original version of the holy book of the Sikhs which serves as their Guru is kept in this temple. The Golden Temple was stormed by the police and army in 1984 to flush out militants who had hidden inside the temple complex.

The city of Amritsar is located in the Indian State of Punjab and is north of Delhi. Originally founded in 1577 by the fourth Guru Ram Das of the Sikhs, the city was ransacked and destroyed in 1761 by the Mughal emperor Ahmad Shah Durani. It was rebuilt in 1764 and so was the temple. The Golden Temple is in the south east of the city and is surrounded by a circular road which used to be the protective wall of the old city.

Amritsar is very well connected with Delhi and has a railway station as well as an airport. The cheapest way would be to get the day chair car train from Delhi. Once in the city taxis are plenty and can be used to get around.

In the Golden Temple one must do a Parikrama, or circumnavigation of the main building.  To do this you need to walk along the marble walkway around the pool. Take a dip in the Amrit Sarovar or sacred pool. Visit the Hari Mandir Sahib which is a two storey temple built out of marble. This is where the Guru Granth Sahib is kept during the day. Four priests will continuously chant verses of Gurumukhi from it and this is broadcast from the room inside to the loudspeakers outside.

These celebrations attracted huge masses of people. Not all of whom were from the Sikh community. To help deal with this rush some systems were put into place and the whole Gurudwara staff was trained to deal with visitors. The entire process of the “darshan” or viewing the book is very well organized. There is an orderly queue which takes you around the whole temple from attraction to attraction.

There is the Sikh Museum located in the clock tower which can be visited from 7 am to 7pm. This tells the tales of Sikhs martyred by the Mughals, the British and by the Indian PM during the 1984 riots. Another interesting place is the Akal Takhat which is the traditional meeting place of the Sikh Parliament. This is also known as the Shiromani Gurudwara Prabandhak Committee. This area was built originally to commemorate Atal Rai, who was the son of the sixth Guru Har Gobind. The boy performed a miracle by bringing back to life a person who had died of a snake bite. When his father scolded him for interfering in the ways of God, he committed suicide to balance the life he had saved.

The Guru-ka-langar is the massive community feeding area where donations are used to feed the people meals every day. The food served is mixed with the food offered in prayer to the Guru Granth Sahib and is considered holy. Do not waste any of it. All volunteers help to cook the meal which is considered as blessed food and then distributed to all who have a wish to eat. Many destitute and poor people are fed on a regular basis by the Gurudwara. The atmosphere at these mass feedings where people in hundreds are fed by an army of volunteers is great. Just being a part of the process is important to the Sikh community. In fact only if you have helped with cooking or serving the meal are you supposed to be worthy of eating the meal.