We all know the Golden Triangle tour starts from Delhi and ends in Rajasthan, the land of palaces.  But your tour to Rajasthan is incomplete if you don’t visit the land of lakes, Udaipur. This place is known to be the most romantic destination in India. In this blog post, we will cover some of the prominent destinations to visit in Udaipur. Have you ever given a thought how did royal rulers survive in India after it became a democratic country? Well, they converted their palaces into heritage hotels and tourist destination to generate income. Udaipur City Palace Complex is one such destination that belongs to Mewar royal family. Situated amidst Lake Pichola, this palace is the largest palace complex in Rajasthan.

Another destination known for its architectural grandeur is Bagore Ki Haveli. This was built in the 18th century by the Prime Minister of Mewar region. Located at the edge of Lake Pichola and Gangaur Ghat, this Havelli offers a fascinating look towards the lifestyle of the royal family. Inside the palace, there are more than 100 rooms, courtyards, terraces, beautiful wall mural and fine mirror work. The Haveli remains open from 10 a.m to 7 p.m. Here you can also witness the folk dance performance and puppet show from 7 p.m to 8 p.m.

It is one of the most popular manmade lakes of Udaipur. A boat ride on Lake Pichola offers a whole new experience to the city, especially the City Palace Complex.

Udaipur offers innumerable points for photography but the best one among them is Ambrai Ghat. It’s located just opposite the City Palace Complex and in front of the Lake Palace hotel so that you can have a perfect view of both the hotels. It is a popular romantic destination among couples.

Jagdish temple is known for its intricate architecture and carvings. It is a landmark in the Lal Ghat area and is located at the entrance of the City Palace. The temple was built by Maharana Jagat Singh during the year 1961 and it has a black idol of Lord Jagnath (an incarnation of Lord Vishnu). The highlight of this temple is aarti that starts before sunrise and after sunset.

Apart from above-mentioned places, you can visit Shilpgram-to view the skills of local craftsmanship. It shows the rural lifestyle and traditions of people from Rajasthan, Gujarat and Maharashtra.

Truly, Udaipur is an unforgettable destination!

Mon May 27 , 2019
Share on Facebook Tweet it Pin it Share it Email Situated at the banks of river Ganga, Kashi or Varanasi happens to be one of the oldest holy cities of India. Located in the state of Uttar Pradesh, the ‘Spiritual Capital’ of India is a major attraction for visitors worldwide. […] 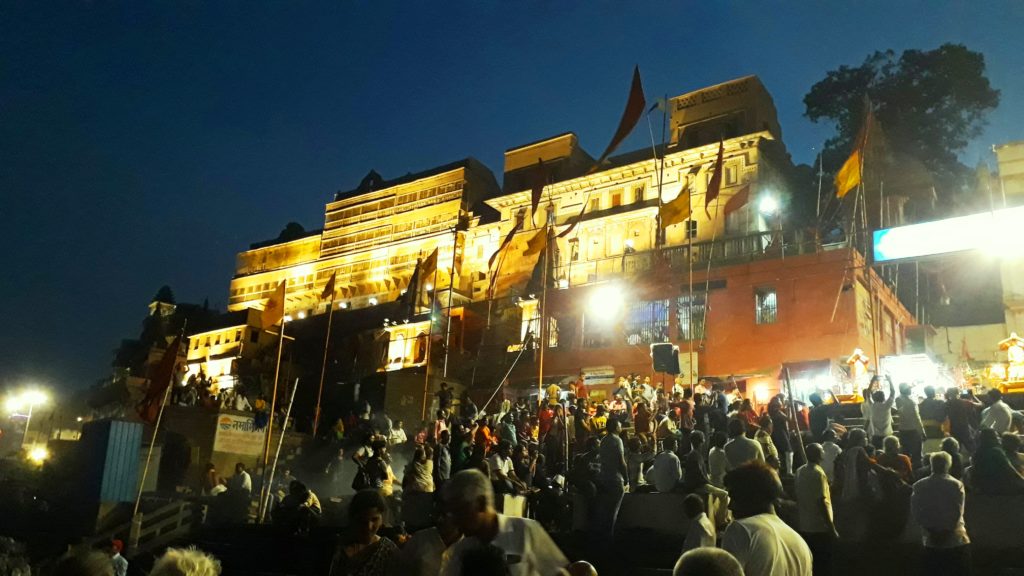