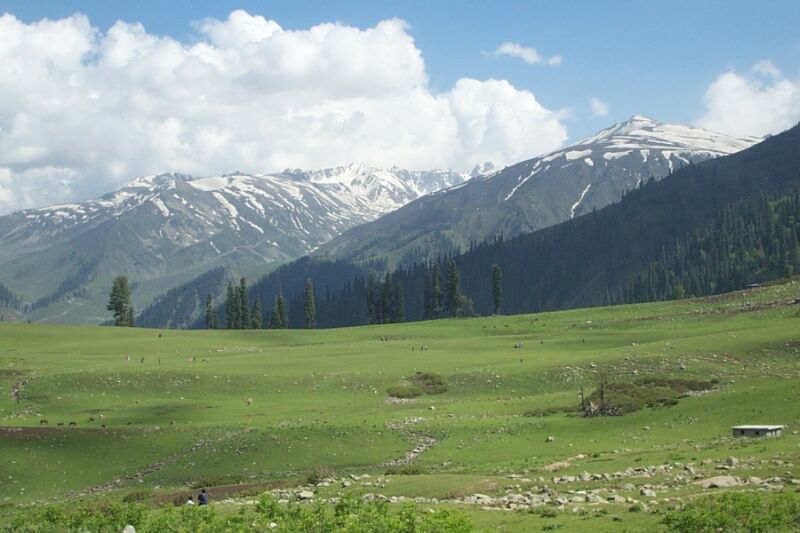 Gulmarg travel guide – Gulmarg sightseeing
Gulmarg is a town, a hill station and a notified area committee in Baramula district in the Indian state of Jammu and Kashmir. Gulmarg is located 52 km from Srinagar. It is located at 34.05° N 74.38° E. It has an average elevation of 2,690 m (8,825 ft).

History of Gulmarg
The Gulmarg has been a resort for the kings like Yousuf Shah Chak, Jahangir etc who frequently used to visit this place. The old name of Gulmarg was ‘Gaurimarg’ the name of Lord Shiva’s wife. Yousuf Shah Chak changed its name to present Gulmarg meaning the place of roses.During the early part of the 20th century the famous Central Asian explorer Sir Marc Aurel Stein (1862 – 1943), made his home here in a tent between his expeditions. It was a favourite summer holiday destination for the British stationed in India.

The surrounding areas were politically restive during the 1990s uprising in Kashmir, but after a ceasefire between India and Pakistan in 2003, the town is now enjoying a period of relative peace and quiet. The town is nestled within the imposing Himalayan peaks, and lies within miles of the Line of Control. It is the recipient of heavy snowfall during the winter season and is a popular ski resort.

With the abatement of militancy in the area, Gulmarg has quickly become one of the state’s most visited destinations. The slopes of the Afarwat Hills of the Pir Panjal Range of the Himalaya Chain boast one of the longest and highest ski slopes in Asia. The total distance covered by ski lift is five kilometres and the resort peaks at an altitude of 3,747 m (12,293 ft), accessed by an aerial gondola (telecabine). The skiing project was inaugurated by the Chief Minister on 25 December 2004. The entire hill is guarded by the army at all times. The army, which is seen everywhere in the cities of Kashmir, is not in the town or the actual hilltop. Frisking is only done midway on the access road at 3 places: Tangmarg, near an army camp on the road from Tangmarg, and 5 km before entering Gulmarg. Gulmarg does not have any permanent residents. All living in Gulmarg are hotel employees and guests. Everyone else is required to leave the village by sunset, as per curfew set by the army in 1990.
Also Read ->  Visiting Amboli Hill Station 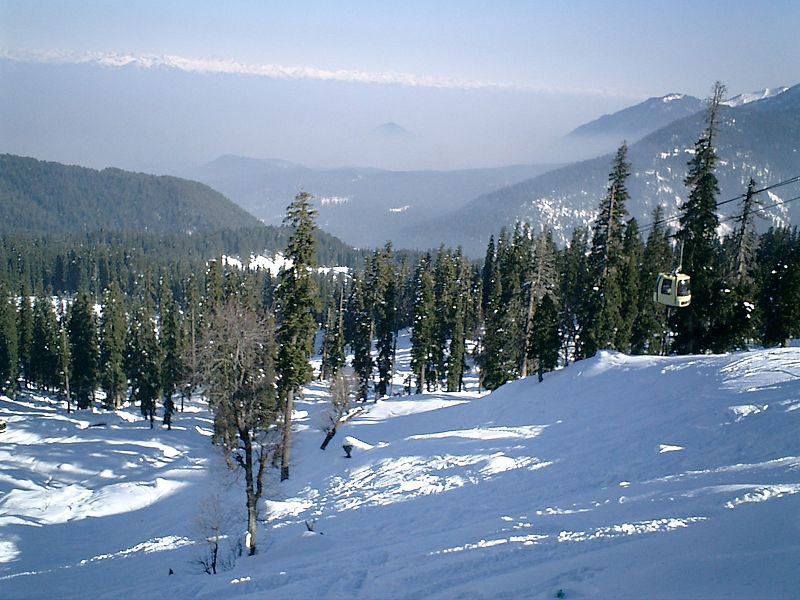 Gulmarg can be accessed from Srinagar (the capital of Kashmir) in about 1 hour by car or bus, though army checkpoints may increase the travel time to three hours, depending on the security situation. The buses will reach Tangmarg in about 45 minutes. From Tangmarg, for the 20 km hill road, jeeps can be hired for reaching Gulmarg hilltop in about 20 minutes. Frisking and identity checks will take place about 5km before Gulmarg. There is strict time limit in travelling between Tangmarg and Gulmarg. The last jeep down from Gulmarg is available at sunset.

Gulmarg has around 40 hotels of all grades. The peak season starts with the snow fall in December until April. The charges for one night stay in off season range from Rs500 – Rs4000+. The off-season rates usually receive a discount of about 60% compared to season time.

Gulmarg boasts of Asia’s highest and longest cable car project, the Gulmarg Gondola. The two-stage ropeway ferries about 600 people per hour to and from Kongdoori Mountain, a shoulder of nearby Afarwat Peak (4,200 m (13,780 ft)). The ropeway project is a joint venture of the Jammu and Kashmir government and French firm Pomagalski.

Gulmarg Gondola – The New Cable Car of Gulmarg, the first stage transfers from the Gulmarg resort at 2,600 m (8,530 ft) to Kongdoori Station in the bowl-shaped Kongdori valley. The second stage of the ropeway, which has 36 cabins and 18 towers, takes skiers to a height of 3,747 m (12,293 ft) on Kongdoori Mountain, a shoulder of nearby Afarwat Peak (4,200 m (13,780 ft)). The second stage was completed in a record time of about two years at a cost of Rs 11 crore and opened on May 28, 2005. The French company had also built the first phase of the gondola project, connecting Gulmarg to Kongdoori, in 1998.