The Lalbagh Botanical Garden is situated at a short distance of approximately 4 km from the M.G. Road in Bangalore and vaunts a myriad collection of almost 1000 different species of plants from all over the world, that makes it the largest floral sanctuary in India. The gardens spread over an area of 240 acres and begirds one of the towers erected by Kempe Gowda, the founder of Bangalore in the 16th century AD. Lal Bagh Gardens are the result of the ideation of Haider Ali and execution of Tipu Sultan. Haider Ali wanted to build a massive garden with a generous number of floral species inside it. He started the construction process in th 18 th century, however due to his sudden demise the project was further extended by his son Tipu Sultan.
The Lal Bagh Gardens are based on the design of the Mughal Gardens that once stood at Sira, at a distance of 120 km from Bangalore on the main NH4 at Tumkur District in Karnataka. This is amply supported by ASI (Archaeological Survey of India) and other historical records. At that time, Sira was the head-quarters / capital of the strategically important southernmost Mughal “suba” (province) of the Deccan before the British Raj. Lal Bagh Garden the subcontinent’s largest number of rare species of plants. Where in the world can you see numerous species of plants including some rare varieties from Afghanistan, France and Persia under one roof and a rock which is 3000 millions year old? the garden boasts of organizing many flower shows especially on 26th January, the Republic day. Thousands of visitors throng in here for rewarding their eyes with the sight of around 1,000 species of flora. It flaunts trees that are 100 year old. People are encouraged to grow plants and trees during the show. And who would not get inspired to grow flowers after seeing such beautiful varieties of them! Influenced by the London’s Crystal Palace, the Glass House within the garden was built in the year 1840. It houses a wide variety of flowers.

The Lalbagh Botanical Garden is one of the most beautiful gardens in India. Some important things to see in Lalbagh are, Another interesting event organised in the garden is called “Janapada Jaatre” which is marked with Folk dance and music performances and plays. It is organised by the Government of Karnataka to promote the culture of the state. You will love it.

The visiting hours of the Lakbagh Botanical Garden is from 6.00 A.M. To 7.00 P.M. School children can enter the garden without paying any fee but others have to pay a fee of RS 10/-.

Tourist Places To Visit In Kerala

Thu Jun 1 , 2017
Listen Share on Facebook Tweet it Pin it Share it Email Tourist Places To Visit In Kerala: God’s Own Country, Kerala, wedged between Arabian Sea on the West and Western Ghats on the East is a marvel with enchanting hues. This paradise on earth hosts beautiful lagoons, backwaters, landscapes, colourful […] 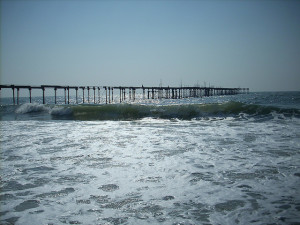