There is unlimited number of places to visit in Mumbai and a heart fond of travelling and enjoying would love the city. Mumbai, the city derives its name from Mumbadevi, the goddess of the fisher folks, who are the oldest inhabitants of the city. The city is a group of 7 islands huddled together. In India it is the city with the highest population, and in the world the 4th most populous. This city is the commercial capital of India and holds the same position in the field of entertainment. It is home to the Bombay Stock Exchange, Reserve Bank of India, National Stock Exchange, The Sebi, Bollywood film and television industry, Department Of Atomic energy etc. Mumbai city throbs with activity, people, shopping, sports, nightlife, theatre, music, dining and sightseeing irrespective of the time frame. All types of communities have settled here and a varied variety of culture has been adapted by the city and thus makes this place a mini India. The city is noisy, spiritual, vibrant, flashy yet humble and thus pulls millions of visitors, students, employers and people of all caste and creed towards itself and leaves the visitors spell bound. 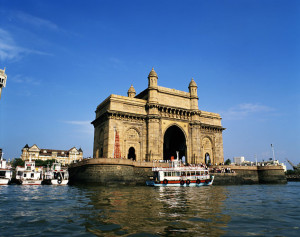 It is one of the most striking monuments in the city and connects well with the history. It was made in 1920 and was built to honor the visit of King George V and Queen Mary here. When the British rule ended in 1947, the last batch of the British troops left India through this gate. The main attraction here is the sea beyond the arch known by the Portuguese as BomBahia, the good bay and this is from where the city derives its name. Therefore, this beautiful monument should be the first thing in the list of a first time visitor to the city. 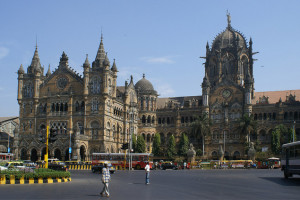 It is one of the architectural marvels of Mumbai and was built in 1888. It is the most beautiful railway station in India. It was made by the British displaying the best of Gothic architecture with towering spines, huge pillars, domed arches, stained-glass windows and the major appeal is Queen Victoria statue on the dome. However, it is a railway station but its beauty is worth seeing. 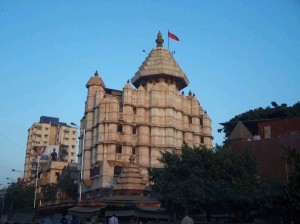 A visit to Mumbai is not complete without going to this amazing shrine dedicated to Lord Ganesha. It was built in 1801 by Vithu and Deubai Patil and is located in Prabhadevi. This temple is thronged by people of all sects but the crowd is exceptional on Tuesdays. The architecture, wooden doors, gold plated roof are just breathtaking. Politicians and celebrities regularly visit the temple for prosperity. The idol of Ganesha is just a replica of the original god. 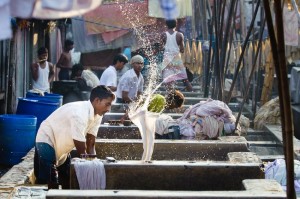 This Ghat is an enthralling place, a washing factory powered by humans. Here dirty laundry from the whole of Mumbai is brought in and thousands of washermen painstakingly wash the dirt out of them with their hands, standing the whole day in water filled with chemicals in endless rows of concrete furrows. It is a hereditary profession for most of them which is being carried forward through generations. After drying, the clothes are ironed with heavy charcoal presses. It is a great thing to view and capture from the bridge next to Mahalaxmi station. A simple thing as washing clothes attracts visitors and this fact is rather amusing. 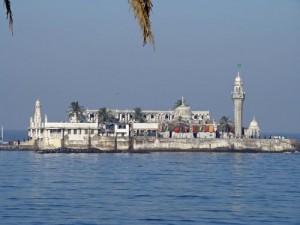 The mosque was built in 1431 by a Muslim saint and merchant Haji Ali. It contains his tomb also. It is situated in the middle of the ocean and can be accessed only during low tide from a 500-yard long walkway. Thursdays and Fridays, this place is flocked by thousands of pilgrims to honor and receive blessings from the great saint.

Bollywood ( Film city )
This name is known to anyone living in India as well as outside. Its popularity does not require any explanation. This film city was built in 1978 by the Maharashtra state government to flourish the film industry. It is as huge as 350 acres and has 20 indoor and outdoor studios. It is situated in the vicinity of Aarey colony in Goregaon. It is not open to public in general but a tour inside is possible with prior approval from senior authorities. It would cost around $75 for a tour of the film city which includes lunch in the studio and a travel past the houses of famous Bollywood actors. 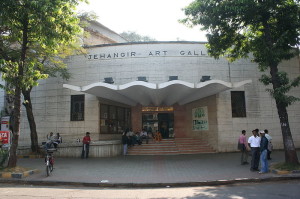 The Kala Ghoda Pavement Gallery artists works are exhibited mainly in this art gallery. It was found in 1952 and today different shows by diverse Indian artists are hosted here. It is open daily from 11 a. m. to 7 p. m. and admission is free. It is a place of attraction for art lovers. 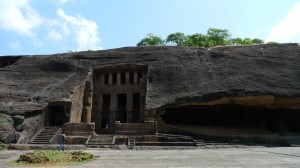 It is located in the centre of Sanjay Gandhi National Park about 10 Km from Borivali. The Sanskrit word Krishnagiri meaning Black Mountain has given its name to the caves. The major attractions are the viharas chiseled out of volcanic rock, decorative woodwork, and sculptured statues in the Avalokiteswara state of Lord Buddha. It is a must visit place.

Mani Bhavan:
Formerly the residence of Mahatma Gandhi, this two-storied building is now a memorial to his life and work. The house contains a library with over 2000 books, photographs of Gandhiji’s life, a film archive and other memorabilia. 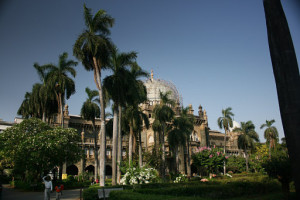 Prince of Wales Museum is the erstwhile name of Chhatrapati Shivaji Maharaj Vastu Sangrahalaya of Mumbai. In 1905, its foundation stone was laid down, by George V – the Prince of Wales himself, who came on a visit to India. The splendid structure was designed by George Wittet, an architect. The construction work was concluded in 1914, but the structure was converted to a military hospital for the period of World War I. The full-fledged museum was inaugurated by Lady Lloyd in 1923. Located at M.G. Road, near Gateway of India, in South Bombay, Chhatrapati Shivaji Maharaj Museum has Indo-Saracenic style of architecture. 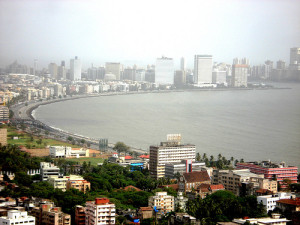 The best place to watch the sunset and relax oneself after a tiring day would be any one of these beaches. Juhu is 30 Kms north of city centre and Marine Drive is located in central Mumbai and is beautiful at night when it is completely lit up. Juhu is thronged on weekends when the scene is like that of a carnival with rides, amusements and mouth watering snacks at Chowpatty like corn, vada paw, pani puri and the Mumbai special bhel puri are just awesome. This is the best place to visit in the city and it welcomes people of all age groups. 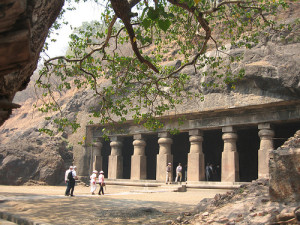 These caves on the Elephanta Islands face the sea towards southern Mumbai. It is a historical tourism destination in Mumbai to visit with your family. The monument made of concrete and yellow basalt has beautiful work of architecture. With a height of around 26 meters, the monument was built in honor of Queen Mary and King George V. The place around the caves is tranquil and you will see travelers resting under the trees during the summer afternoons. Reaching the island is an interesting journey by boat. There are boat services from Gateway of India.

Tower of Silence :
A peculiar site to visit in Mumbai is the Tower of Silence. Mumbai has a large number of Parsi population. The Parsis have the custom of leaving their dead in the open. These particular places are called “Towers of Silence”, where the vultures come to eat the dead. For the Parsis, this is regarded as the final act of charity. Mumbai’s Towers of Silence, have virtually disappeared today. Only a handful remain that attract a considerable number of tourists every year. 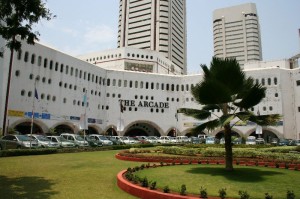 World Trade Centre Mumbai is the realization of the vision of one man, Dr.M. Visvesvaraya – Engineer, Scientist and a great son of India. Named after him, M. Visvesvaraya Industrial Research & Development Centre (MVIRDC), a non- profit company registered under the Indian Companies Act, is the promoter of WTC. Established in 1970, MVIRDC is governed by a Council of Management, comprising industrialists, representative from Central and State Governments and trade Promotion Bodies. 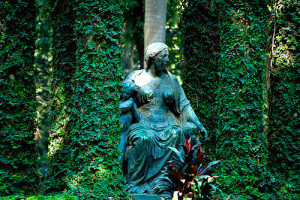 Jijamata Udyan is popularly called Rani Bagh. In july 1862, work commenced on laying the gardens on 33 acres of land at byculla. The victoria gardens were first open to public in November 1872 by lady frere. Since then 15 more acres have been added to the gardens. Apart from the beautiful flora and fauna the gardens has some interesting architecture to display. Also, situated in the Gardens is the Bhau Daji Lad Museum (formerly Victoria and Albert Museum), mainly of industrial and agricultural interest. A large stone elephant, brought originally from the elephanta caves, once stood on the shores of elephanta island now stands guard at the entrance to the Victoria gardens. At the main entrance to the gardens is a clock tower, reminiscent of Italian Renaissance, but the clock has stopped ticking a long time ago. The gardens boast of scores of trees, some of which are really old. 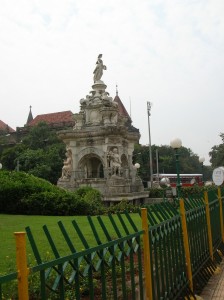 Motivated from Flora the Roman Goddess of Flowers, Flora Fountain is a stone fountain in South Mumbai. Located in the Fort business district, the marvelous fountain was built in 1864. It was constructed by the Agri-Horticultural society of Western India and was carefully designed by R. Norman Shaw. Crafted out of imported Portland stone, Flora Fountain was erected at a total sum of Rs. 47,000. Today, this glorious fountain has been coated with white oil paint. Initially, it was intended to be named after Sir Bartle Frère, who was the governor of Bombay at the time of its construction. Nonetheless, it was decided to change the name just before to its investiture. 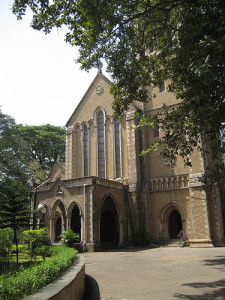 The Afghan Church or the St. John’s Church is a place of tourist interest in Mumbai. The church is dedicated to the British soldiers, who lost their lives in the Sindh and Afghan campaigns during 1838 and 1843.
There are many more attractions in Mumbai but to list these are just a few. People living in the city itself are too busy to enjoy the pleasure of these places but the eager visitors do experience this bliss and this is what keeps the city alive. 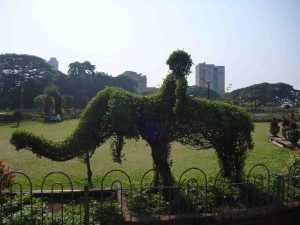 The Hanging Gardens history dates back to 1981, when it was laid on top of a reservoir on Malabar Hills. It is very popular with courting couples, affording a spectacular view of the Marine Drive and Chowpatty Beach.

Essel World :
Essel World offers over 40 exciting rides, games, and attractions. The Water Kingdom is said to be the largest of its kind in Asia. It is a perfect destination for a one-day holiday.

There are many more attractions in Mumbai but to list these are just a few. People living in the city itself are too busy to enjoy the pleasure of these places but the eager visitors do experience this bliss and this is what keeps the city alive.