Srinagar City Guide – Srinagar Travel Attractions
Srinagar, situated in the Kashmir valley, serves as the summer capital of the Jammu and Kashmir, the northern most state of India. The city which is said to be paradise on earth is popular for its lakes and houseboats. The name Srinagar has its origin from Sanskrit, which means a wealthy city. The history of the city dates back to 3rd century BC. The city has warm summers and cold winters. Temperature varies from ?2 °C during the winters to 29 °C during the summer seasons. The best time to visit Srinagar is during the summer season that prevails from April to June. The details given below will be helpful for the first time visitors of Srinagar.

The Dal Lake is one of the famous tourist spots of Srinagar. The lake has connections to numerous other lakes in the valley of Kashmir. The Victorian wooden houseboats are the specialty this beautiful lake. With an area of over 18 sq km, the lake is divided by causeways into four basins namely Gagribal, Lokut Dal, Bod Dal, and Nagin. Along the shores of the lake lies a boulevard, lined with Mughal gardens, parks, and restaurants. The flora including lotus flower, water lilies, and water chestnuts add beauty to the lake during the summer season. The entertainment in the lake includes houseboats, kayaking, canoeing, surfing, and licensed angling. 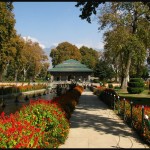 Shalimar Bagh is a Mughal garden situated about 4 km from the Dal Lake. The garden is said to be built by Jahangir for his wife Nurjahan. It is a unique garden of terraces that are linked by water channels. It consists of three pavilions of which the top one has black marble pillars with niches for flowers and lamps. The other two have halls for private and public audience called the Diwanikahs and Diwaniam. The water source for the garden is form Harwan. 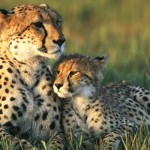 Dachigam National Park is the wildlife reserve of the city. This onetime royal game reserve is now well protected. It has a variety of flora and fauna. Some of the fauna in the forest includes Panthers, Bears, Deer, leopards, and many other migratory bird species.
It is also the best place to see some of the endangered animals like Hangul and Langur Monkeys. Only with required permission from the Wildlife authorities, one can enjoy the natural habitat of wildlife in Srinagar. A glacier fed rivulet that flows right through the middle of the forest makes it an enchanting location.

Sheikh Ul Alam International Airport is the airport in Srinagar. Both government and private airlines operate numerous flights to New Delhi, Chandigarh, Amritsar, and Jammu. The frequency is increased during the summer season because of tourism. It just takes about 70 min to reach Srinagar from Delhi. Jammu is the nearest railway station to the city of Srinagar, and it is well connected to all parts of the country, including Delhi, Kolkata, Pune, Mumbai, and Kanyakumari. Srinagar is connected by an all weather road to Jammu, which has good access to many parts of Northern India. There are several modes of local transport in Srinagar. Some of them are state transport buses, taxies, auto rickshaws, bicycles, and Shikara, the boats of Srinagar’s lakes.