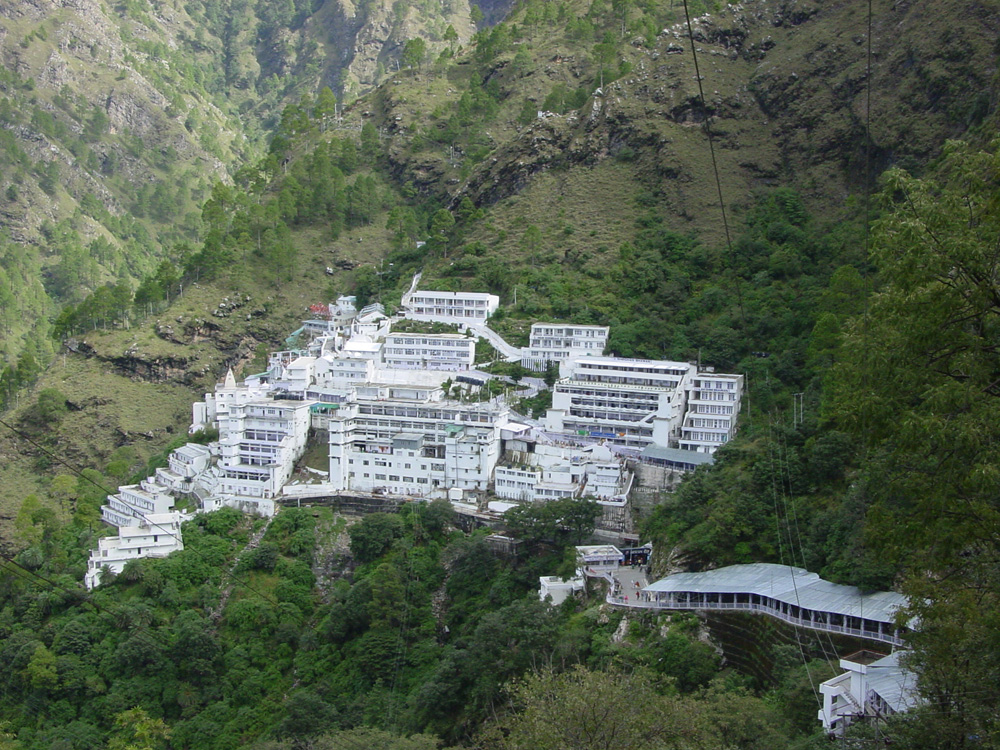 India is by and large a country which is dominated by religion. People put their faith in the gods they worship and undertake incredible pains to make sure that they follow the rules laid out by their religion. There are various temples strewn across the country that testify to this fact. People go to pilgrimages throughout the year, in the hope of getting their wishes fulfilled. Apart from the deep faith that rules the motivation of these journeys, people often visit these dhams, or sacred places for their sheer life. They embody the true Indian spirit and make for an excellent place to travel and explore. Thus, if you really want to understand the force that moves this country forward, it is imperative that you visit some of the famous temples of India.

There are a lot of temples, which are dedicated to goddesses. These goddesses all occupy an important position either in the Hindu pantheon or have emerged from local folk narratives. All prayers and wishes to them are believed always to bear fruit. People travel great distances to come and pray to these goddesses. It is in these temples of huge popularity that you will find the nucleus of the current Indian society and its beliefs. Here are some of the famous Indian goddesses, who are worshipped in the northern part of the country.

One of the most popular pilgrimages that are conducted throughout the year is the one to Vaishno Devi temple in Jammu and Kashmir. Pilgrims undergo an arduous trek to reach the shrine of Mata Vaishno Devi. Since she is believed to grant all prayers, people undertake this strenuous task just to catch a glimpse of the rock, which is believed to be Vaishno Devi.

There is an interesting story behind how she came to be a rock. Myths and legends tell us that she was created by the combined powers of three goddesses of the Hindu pantheon and was asked to take birth in a home. She did and was named Vaishnavi. With a tremendous thirst for knowledge, Vaishnavi poured over the scriptures, but even when they failed to meet her needs, she delved deep within herself and realised the power in meditation. It is believed that she was asked to wait for Rama, who would come back for her in the Kali Yuga, as another avatar of Vishnu. She fled from Bhairon, who was smitten with her and settled down to meditate and engage in the lifelong wait, in the form of stone.

If we go back to the Vedas, it would be difficult to find any mention of the pilgrimages to this shrine. However, the Mahabharata does provide allusions to the Goddess lodged in the mountains of Jammu when Arjun seeks her blessings before going into the battle with the Kauravas. Guru Gobind Singh is believed to have been someone who had completed the trek to this shrine, taking the path through Purmandal. This has been and still continues to be one of the most sacred shrines in India. 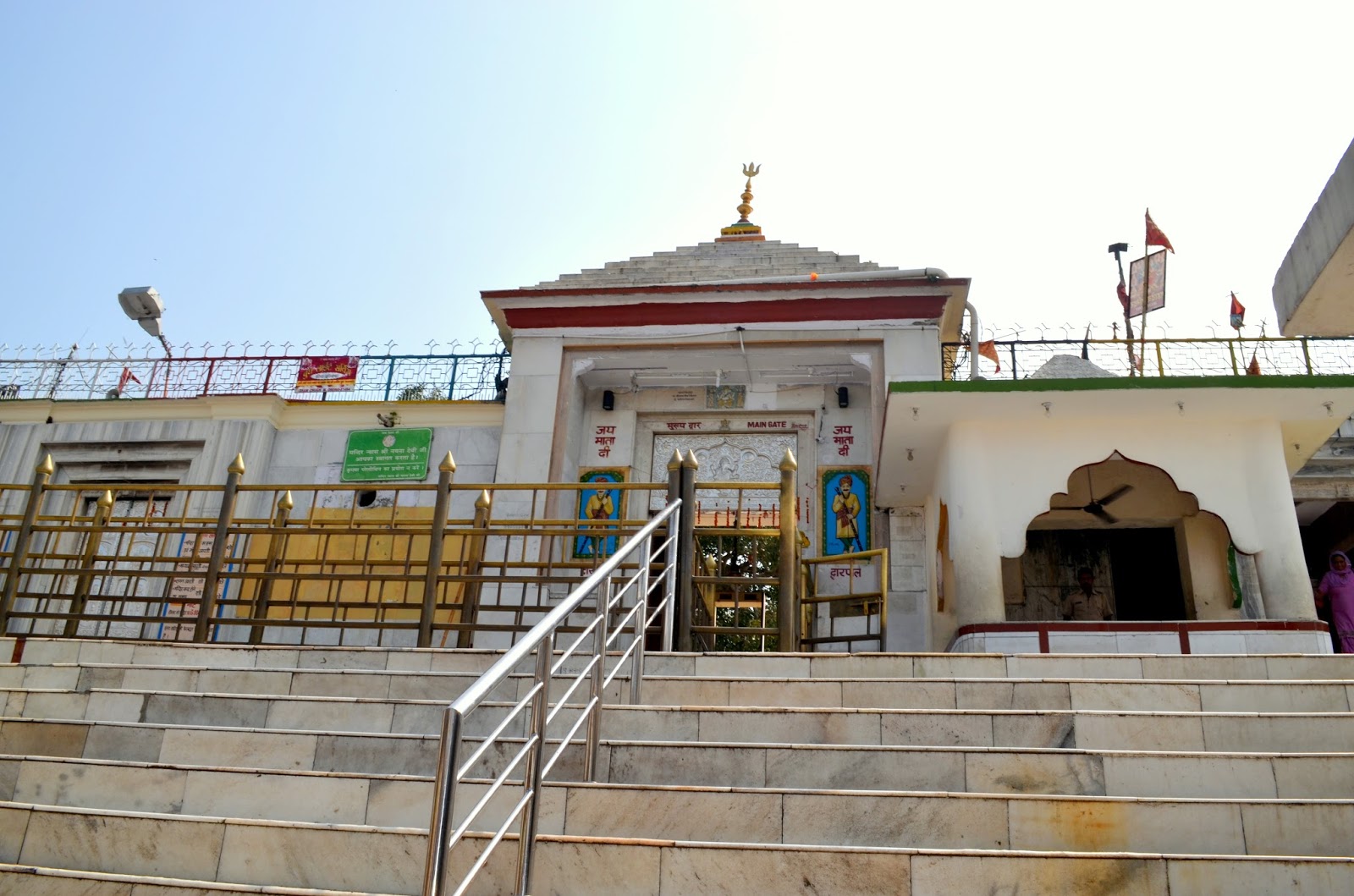 This is another well-known goddess to who people flock in Himachal Pradesh. There is always a common factor amongst all the goddesses that you will find in the northern part of India. Here is a very common legend that is associated with all the temples, not just in the northern part, but all across India. Sati is believed to have run away from her home and married Lord Shiva against her father’s wishes. Her father, however, organized a Yagna, which he posited as a bid to reconcile with her daughter. Sati fell into the trap and went to the Yagna, where everyone including her own father insulted Lord Shiva. Unable to bear the brunt of all the insults, she sacrificed herself to the fire. Hearing this, Lord Shiva raided and plundered the ceremony, looking for Sati’s body. When he found her, he took her in her arms and began dancing, dancing the terrible dance of destruction. When the other gods realised that this would lead to the destruction of all the three worlds, Vishnu let go of his Sudarshan Chakra, which cut Sati’s body, till there was nothing left in Shiva’s arms, seeing which he finally had to calm down. The pieces fell in different parts of the earth, and it is believed that each part today is a sacred temple. 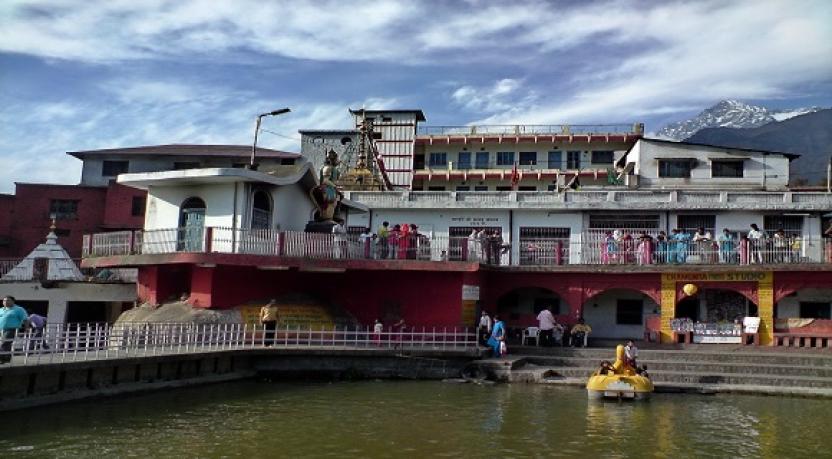 Another celebrated temple in Himachal Pradesh is the one dedicated to Chamunda Devi. The stories of this Goddess can be found even in the Puranas. The popular legend associated with this Goddess states that Kali had defeated two generals named Chanda and Munda of Nishumbha and Shumbha. This was the reason why she was given the name Chandi. Earlier this temple used to be in an almost inaccessible location. However, thanks to the dedication and perseverance of a Brahmin, it was finally installed in the place, where we see it today. You can easily gain access to this temple by either travelling to the nearest airport (Dharamshala) or taking a train (to Pathankot) or directly taking a car. 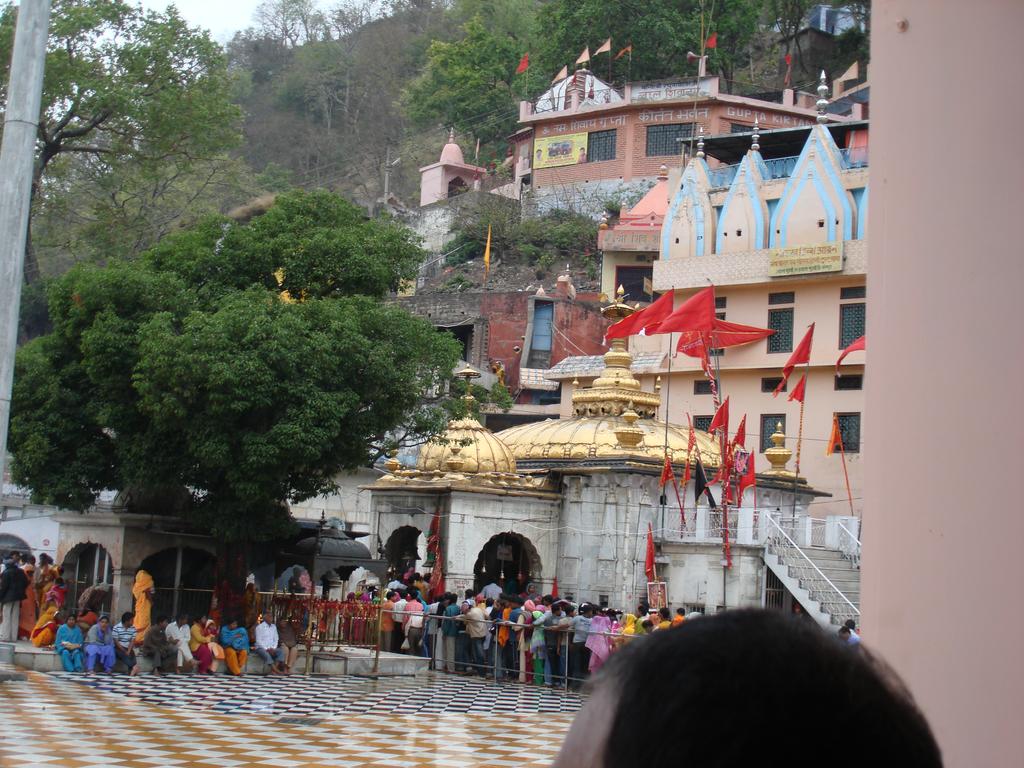 There is a village, which goes by this name, located in the Una district of Himachal Pradesh. The temple is situated on the top of the highest peak of this area, which, in turn, belongs to the Sola Singh Range. This temple was believed to have been built by a Brahman called Pandit Mai Das. Initially, this village was known as Chhaproh, but with time, when the popularity of the goddess grew, it came to be popularly identified as Chintpurni. It was some 26 generations back in the past that the temple had been established by the Brahman, but it is believed that his descendants still live in the area, and they are the head priests at the temple. One can visit this temple from 5 in the morning till 9:30 at night during the winters and from 4 in the morning to 10 in the night during the summer. You can take a private car and travel till Chintpurni bus stand, from where onwards you will have to go to the temple premises on foot. 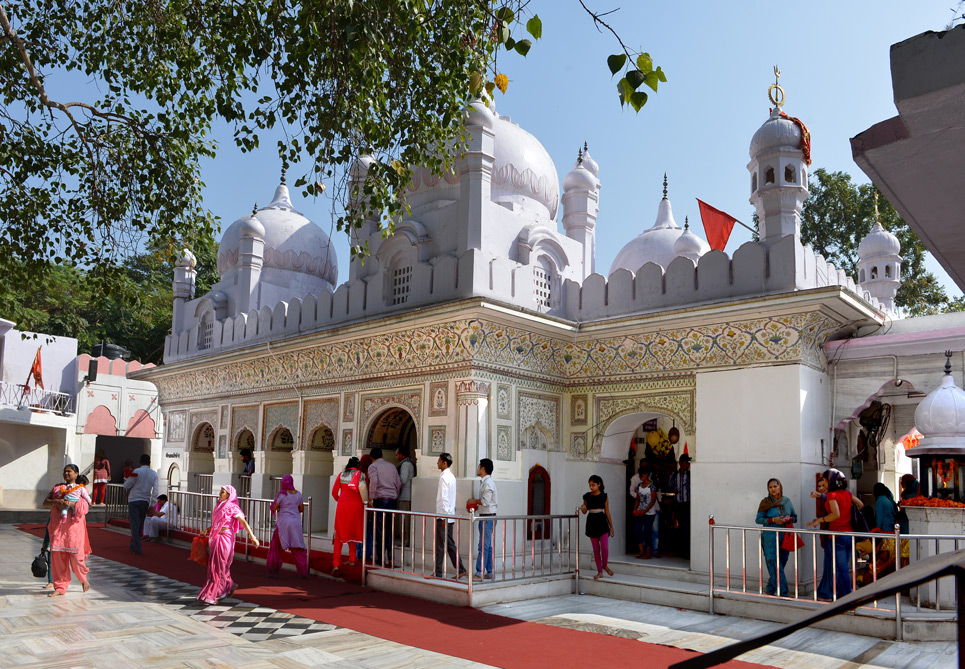 Haridwar, in Uttarakhand, is considered to be one of the holiest places in India, right after Varanasi. People flock to this city to see the young Ganga, who has just descended on the plains and is yet to slow down. The river flows with quite a current here, so there are chains installed on the river ghats, which one needs to hold on to so that the current does not pull him or her away. It is in Haridwar that the Mansa Devi temple is located. When in Haridwar, people do make a point to visit this temple. You have two options if you want to visit this temple. You can go for the cable car ride, or you can go on foot. People, generally, walk down after offering their prayers at the temple. If you do decide to take anyone of the ways on foot, be careful about the monkeys that line the path. If careless, they just might snatch the food meant for the offering away from your hand even before you know it! 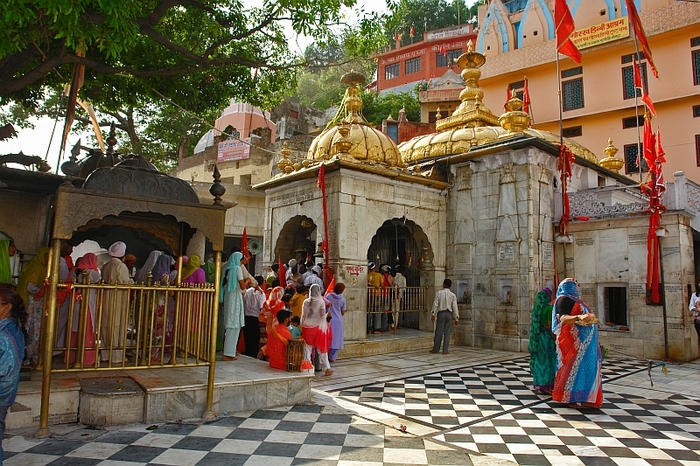 This Goddess of this temple is another reminder of how all the goddesses and their stories are tied to each other. Remember Sati and how her parts were scattered all over the earth when Shiva began the terrible dance of destruction? Well, it is believed that the tongue of Sati had fallen on this place, and that is what makes this temple sacred. Actually, what is worshipped inside the temple is fumes and low flames coming out from the earth. Hence, we get the name Jwalamukhi. Local legends and myths point to the fact that the Pandavas, when on exile, had actually come to this temple to offer their prayers to this sacred deity. Your best option to visit this temple would be to stay in Dharamshala, where this temple is located. 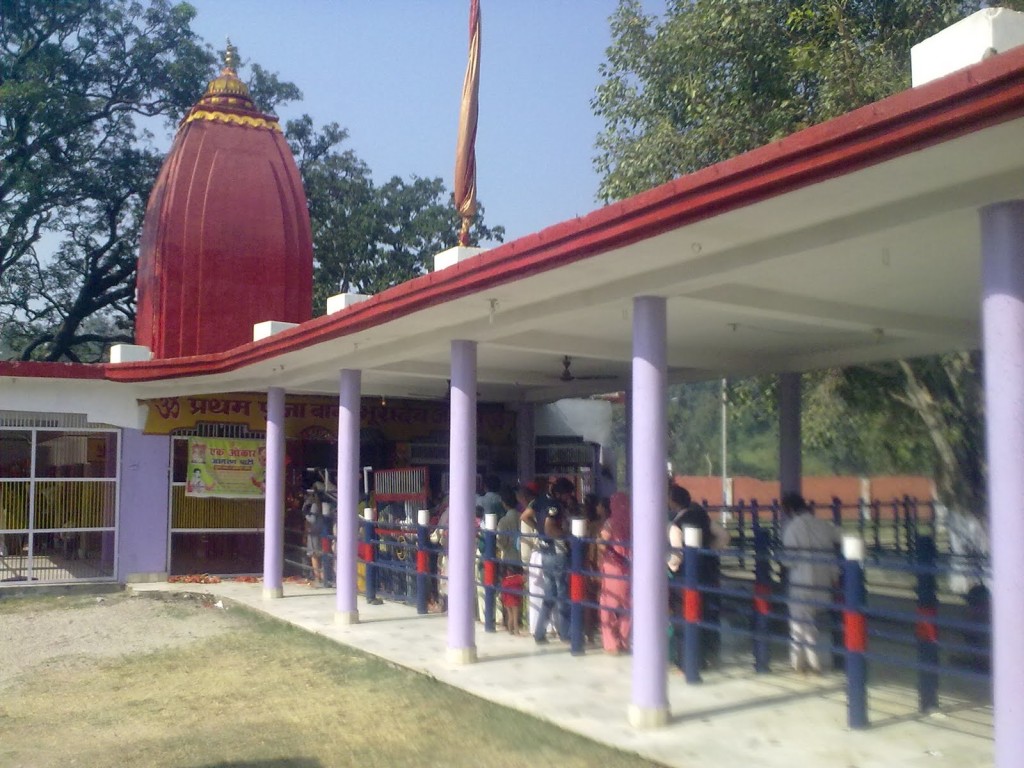 The legends and stories associated with Shakumbhari Devi also display an overlap between another famous story of the creation of Goddess Durga and her destruction of Mahisasura in her hands. The story says that once when the earth had been suffering from a terrible bout of drought, it was the devi, also then known as Shatakshi, who had saved the earth from perennial destruction. It was she again who was called by the gods to save all the three worlds from destruction when Mahisasura was raging havoc and chaos. The temple is in Saharanpur. It is a very famous pilgrimage destination and hence, you will get to know the directions, when in Saharanpur from the locals only. 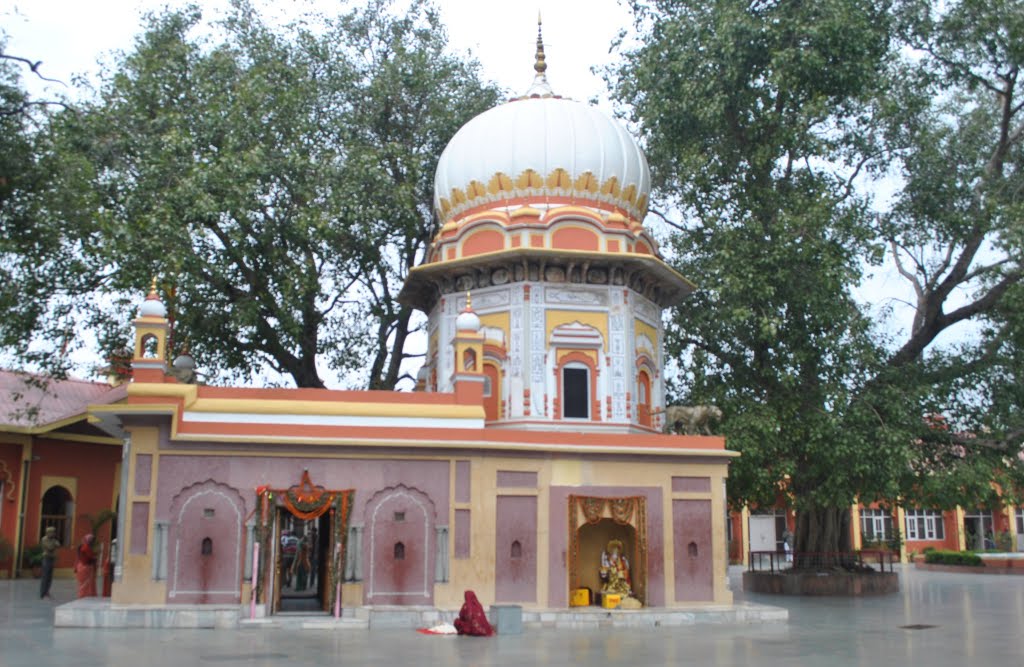 There are three temples, which are dedicated to Mata Bala Sundari, and they are all aligned in such a way that the main temple is located in the middle and the other two on two other sides. The name accorded to this deity is Bala Sundari because of the fact that she is considered to be the younger version of Mata Vaishnodevi. The main temple, which covers a large area, is located on top of a hill, and one gets to see the entire Trilokpur village from here. It is nearest to Kala Amb, which can be reached from Ambala, a distance of 53kms separating them in between. This would be the ideal route to take when people travel from Delhi. Whichever part of the country you are coming from, you would eventually have to meet at Kala Amb and then proceed further for the temple from there. 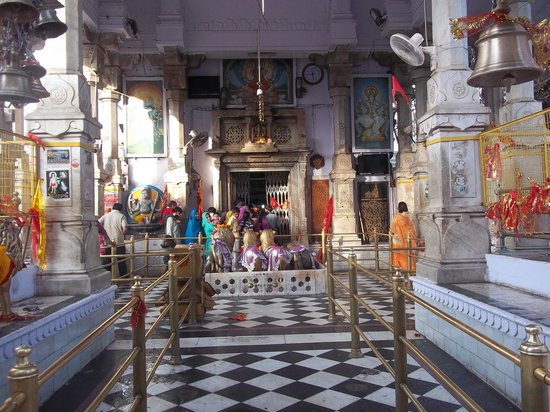 Again, we come across the legend of Sati when we reach the temple at Kangra. Kangra is a small but really old township in Himachal Pradesh. This temple is dedicated to Brajeshwari Devi, and it is believed that the breasts of Sati had fallen on this temple, which makes the place so auspicious. People consider journeying to this part a necessary ritual to complete their proper pilgrimage, which consists of a total of 64 locations since it is believed that Sati’s body was cut up into a total of 64 pieces, which then fell on the earth. These places are popularly known as “peeth” or “peethasthan”. This temple at Kangra is one such peeth. This is located pretty close to Dharamshala, being only 20 km away. Thus, you can take a hired car and travel to this place after you have visited the temple of Jwalamukhi.

Thus, we can see that there are innumerable pilgrimage sites that are dedicated to goddesses and the legends associated with them also suggest their own independent agency. While some are linked to the legend of Sati, a few others have a story to tell of their own as well. One thing to note over here is that all these temples lie pretty close to each other, more often than not in the same state. Thus, we can say that this worshipping of female agency or associating the female form with something divine is a trend of this part of India. Whether, this trend is unique to this region or not is something which needs to be looked into detail elsewhere. These places are branded auspicious places and hence people take great pains to actually visit them. While the route to Vaishnodevi is considered taxing, the climb to Jwalamukhi is no less, yet people from their firm faith and belief make it a point to pray at these holy places, and once you visit them, you will definitely understand why.