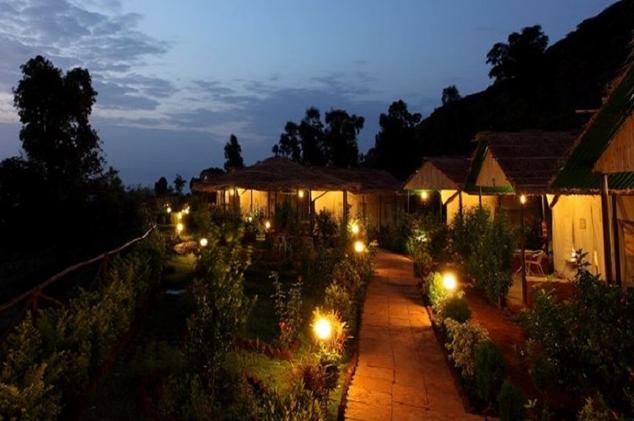 Mumbai, the state capital of Maharashtra, also sometimes known as the economic capital of India is India’s most densely populated city. Bombay, as it was formerly called, was actually an archipelago containing eight small islands, and these were all occupied by the fishing tribes, which were conquered by the British back in the 19th century. Using the techniques of land reclamation, all of the seven islands were joined to form a single city called Bombay, which is now an important port in the vast Arabian city. Even though the commercial capital a popular holiday attraction, the people get bored with the fast city life and the so very crowded streets. If you want an escape from the city’s humid heat and irritating traffic roads, we have a list of hill stations near Mumbai for you. 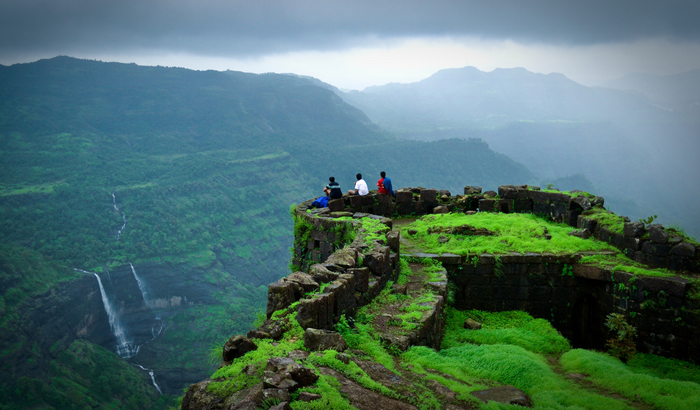 Khandala – Situated in the beautiful Western Ghats in the large state of Maharashtra, the hill station Khandala is a very popular place, and it is also much sought after weekend getaway for the people of Pune and Mumbai. Khandala is located at a high elevation of 600 meters above the sea level in the middle of the beautiful and abundant lush green hills. Owing to its nearness to Mumbai and Pune, it has been a very popular destination for adventure sports like hiking and trekking. Some of the most sought after tourist attractions here are Tiger’s Leap, Bhaja Caves, Duke’s Nose, Ancient Jail, Bhushi Lake, and Amrutanjan Point are some of the must-visit attractions here. 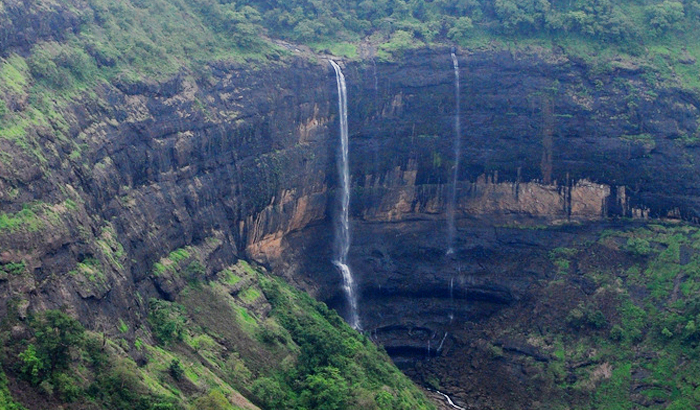 Lonavala – Located at a height of about 645 meters above sea level, the hill station Lonavala is very near in proximity to the cities of Mumbai and Pune. This place was also known to be historically significant, and it was an integral part of the Mughal dynasty for very a large period of time. The hill station also houses many medieval forts, which initially were occupied by the Peshwa and Maratha dynasties. The town was gradually developed as a major hill station by the British back in 1871. Valvan Dam, Rajmachi Point, Lonavala Lake, Loin Point, Lohagarh Fort, and the Reywood Park are the attractions in Lonavala.

Amboli – This is a relatively unknown place. Amboli is situated in the western state of Maharashtra in the beautiful Sahyadri Hills. This is few of the lately famous eco-hotspots, which attract a lot of visitors for its unique and abundant animals and plants. Amboli town is located at a height of 680 meters above the sea level. The tourist should preferably visit in during the rainy season. Misty mountains and waterfalls are one of the star attractions here that can be seen at their fullest grandeur during the monsoons. Mahadevgad Point, Sea View Point, Hiranya Keshi, Nagatra Falls, and Narayangad are the top attractions here. 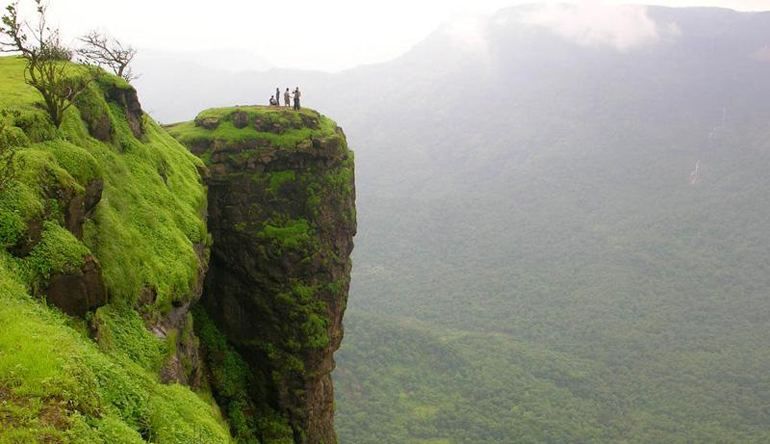 Mahabaleshwar – By far the most captivating of the list of hill stations near Mumbai, Mahabaleshwar lies at a height of 1,430 meters above sea level in the beautiful Western Ghats. The hill station is also known to be a source of water from the River Krishna and also folktale has it that said it was sourced by a cow of spout shape found inside an old temple. Mahabaleshwar is famous for its picturesque envelopes and also a large variety of plants and animals including natural attractions such as waterfalls and lush green hills. Arthur’s Seat, Venna Lake, Kate’s Point, 3 Monkey Point, etc. are the various attractions you can see in Mahabaleshwar.

Panchgani – Nestling at a height of 1,285 meters above sea level near Mumbai and Pune, Panchgani is an extremely wonderful hill station located in the Sahyadri range. It was found by the British and gradually emancipated as a summer resort. It became popular as a place where retired soldiers would come and live and experience the all year long cool climate. Several plant species from the western world like silver oak and poinsettia were initially planted by the British, giving the region plants like no other region in India. Table Land, Parsi Point, Sydney Point, Mapro Garden, Devil’s Kitchen, etc. are some of the best sought after tourists’ attractions in the hill station. 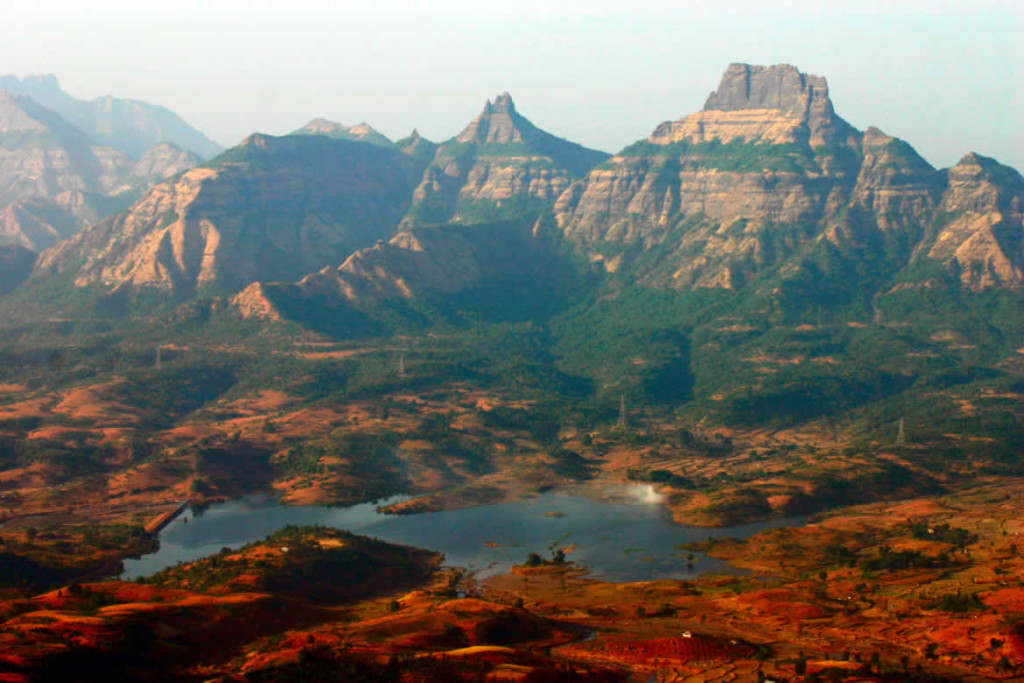 Matheran – Matheran nestles at a height of 900 meters above the sea level. Located in the middle of the dense hills of Western Ghats, this hill station is a mostly unspoiled one that is totally free of any kind of automobiles. Matheran was bettered by the British as one more of their summer resorts in 1908. The region was announced as a strictly eco-sensitive zone, and thus, the use of automobiles of any kind is totally restricted here. Alexander Point, Pisharnath Mandir, Porcupine point, Celia Point, and Charlotte Lake are top places here in Matheran. But beware; the place also had loads of monkeys to snatch your food from you!

Bhandardara – With a maximum elevation reaching 1800 meters beyond sea level, this is a very common hill tourist town found amidst the Western Ghats in Maharashtra. Bhandardara houses a large number of places to visit such as hills, waterfalls, vast green expanses, lakes and rivers and many ancient forts. The place is conveniently accessible via the winding roads, which transverse through few of the most beautiful locations in the rainy season. Arthur Lake, Wilson Dam, Ghatghar, Harishchandragarh Fort, Ratangad Fort, etc. are a few of the attractions here that should definitely be visited. 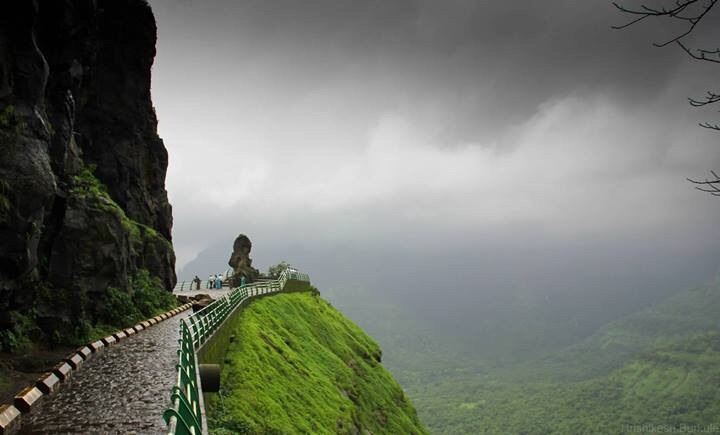 Malshej Ghat – Also nestled in the mighty and beautiful Ghats of the West, this is a beautiful hill town located in the Western state of Maharashtra. Malshej Ghat has many mountain peaks, which move in between the mighty Western Ghats and the simply amazing sights of the lush green valley and beautiful Malshej Hills along with picturesque waterfalls. Also, the forests here are a primary attraction here for lovers of nature. You can expect to see animals such as Leopard, the Bengal Tiger, rabbits and much more.

Maharashtra certainly has no dearth of hill stations. So now that you know the list of hill stations near Mumbai, escape from the hustle bustle into complete tranquility.