Vasco da Gama is Goa’s largest city, commonly is referred as “Vasco”, located at the mouth of the Zuari River with a population of over 100,000 people. Vasco da Gama is a planned city with a geometric road network, with two main avenues and smaller connecting perpendicular roads. The Municipal Garden like most in Goa’s big cities is pretty, well maintained and at the heart of the city. Vasco’s garden was built by the Portuguese. The city makes most of its money from the sea port at Mormugao, which exports enormous amounts of manganese ore mined further inland. Over a third of India’s ore exports leave from here. 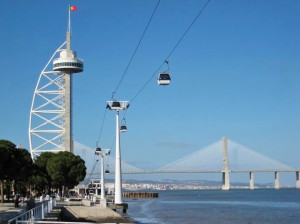 The history of Vasco started in 1543 when Portuguese acquired the area for its strategic location, and within a few years, it was transformed into one of the western India’s busiest ports. Around this time, plans were made to shift the capital city of old Goa, even the Viceroy D Francisco de Tavora was in favor of Vasco becoming the Capital of the Goa State, with this purpose many buildings were constructed as the Viceroy’s Palace, offices and warehouses, but all plans ended abruptly when the court of Lisbon scrapped the plans of making Vasco as the Capital of Goa, before the city well planned became an important city.

The city’s large size is due to its business focus, and it does not have an enormous amount of attractions for tourists. There are a few highlights, though. 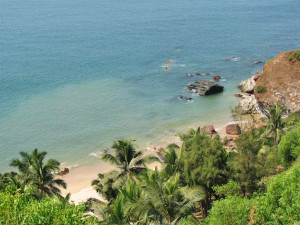 Follow the Mormugao Port Trust Road, which climbs uphill to an open space with benches and a concrete deck. This is Pilot Point, which affords a magnificent view of the core of this port city,
bustling Mormugao Harbour. If you visit Pilot Point during the monsoons, watch your step since the floor is mossy.

Mormugao Port : One of India’s few natural harbours, the port’s importance is as an export point for Goa’s premier industry – mining. But the Goa tourism industry is fast catching up with mining. Around 30 cruise ships dock at Mormugao every year. They sail-in in the morning and streat out in the evening. Passengers take a quick tour of Goa’s beaches, churches and temples, or as much as they can pack into a few hours. 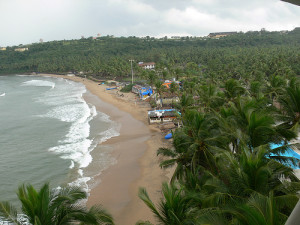 Bogmalo seaside can be a well-liked attraction of Vasco Da Gama and tourists visit this seashore since it is less commercialized than other seashores. The local shacks there supply superb foods and it is possible to attempt out diverse Goan dishes. Here you can try your hand at open h2o diving as the water is very secure for swimming. 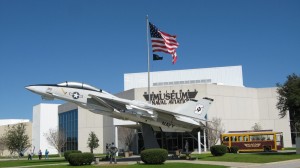 This museum is on the road to Bogmalo, adjoining INS Hansa, is the only one of its kind in India and one of a few in Asia. The museum, against the backdrop of the picturesque Bogmalo Beach, has displays of various kinds of aircraft and weapons systems that the Indian naval air arm, which is headquartered in Goa, has operated. A seaman accompanies guests to explain the various exhibits. The armament room houses difference bombs used against surface targets and torpedos that target submarines. The safety equipment room displays complete pilot flying gear, complete with an ejection seat. There are models and rare photographs of the liberation of Bangladesh in 1971.

The Archive Hall houses a large model of the Ship INS Viraat. It also showcases rare photographs of the Indian naval aviation’s proudest moment: the liberation of Bangladesh in 1971. 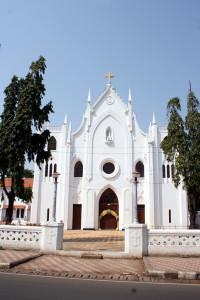 The town is also famous for the ancient Saint Andrews church, which is almost 400 years old and is a picturesque monument.

Japanese Garden : Further up the road from Pilot Point, right at the very top of the Mormugao Ridge, is the Japanese Garden, maintained by Mormugao Port Trust. It is home to the ruins of the Fortaleza Santa Catarina. The massive wall of the fort runs through the garden. It commanded a strategic point for defence during colonial times – an uninterrupted view of the mouth of the Zuari River.

Saptah Festival in Vasco da Gama
Vasco da Gama is famous for the 15-day Saptah at the Damodar Temple, its September festival which is quite possibly the biggest in Goa India. The 105th Saptah was celebrated in 2004.

Saptah begins with a coconut being carried in a procession to the Damodar Temple. Vasco comes alive at night when the parade begins. Each ward sends a tableau and the entire city turns out to witness it.

Where to Stay in Vasco da Gama
Vasco caters to business travelers, so it has some good options.

The 3-star Hotel, Hotel La Paz Gardens, overlooks the Municipal Gardens on Swatantra Path. This is the grand dame of hotels, in Vasco da Gama, with three restaurants. The rooms are large, elegant and clean.

The Karma Plaza Hotel, on the Rajendra Prasad Avenue has a 24-hr coffee shop, a restaurant, a pub, a business centre and a beauty salon. Rooms are neat and well appointed at The Citadel, on Padre Jose Vaz Road.

The lower budget hotels include Hotel Annapura, on DD Deshpande Road and Hotel Nagina, a few metres down the same road.

Where to Eat in Vasco da Gama
Vasco da Gama has a large sprinkling of non-Goan cuisine restaurants.

Annapura Restaurant, is popular for vegetarian food, as is Meghdoot, in Colaco Building on Swatantra Path. Try pao bhaji at the latter.

Lymaur’s is also on Swatantra Path, and serves Goan, Chinese and a few continental dishes. Try anything in fish and chicken. Biryani and fish curry rice are the best bets at Royal Durbar, in Indira Niwas near Madina Masjid.

Don’t miss a meal at Anant Ashram near the Municipal Gardens. They have a huge variety, but the chicken dum biryani and seafood Goan dishes are best. Anant Ashram also has the City Shack garden restaurant, which has live music on Wednesdays, Fridays and Saturdays.

Shopping in Vasco da Gama
Vasco has an enormous shopping option. Its specialty lies in the traditional handicrafts as well as designer clothes and accessories.

How Reach Vasco da Gama
By Air: The Dabolim airport is located at a distance of just 4 kilometers from Vasco Da Gama and has flights plying from major metros of India regularly.

By Rail: Vasco Da Gama features a railway station in the southern finish where trains from nearby places in south and central India appear right here on a typical foundation.

By Road: Vasco Da Gama is effectively related by a broad network of roads and this location can be reached quickly by hiring local transport. Inter state buses also ply right here from close by states.

Sat Aug 18 , 2018
Share on Facebook Tweet it Pin it Share it Email Ziro /Zero hill station is located about 150 kilometers away from Itanagar, capital city of Arunachal Pradesh. Ziro’ is one of the most famous hill station in the state. It is the headquarter of Lower Subansiri District. Located at an […] 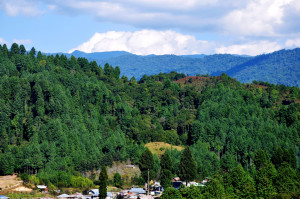