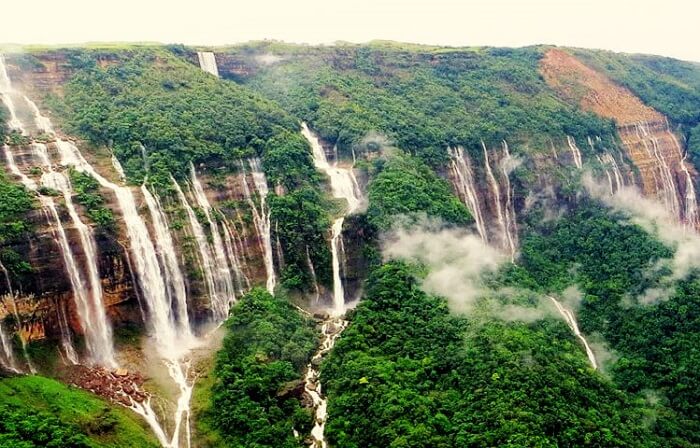 Monsoon season in India is the time when travelers often consider to sit back and plan for their next journeys in autumn. Nevertheless, they refrain themselves from going out and exploring places owing to the unfavorable weather conditions. But let me tell you rainy seasons in India are worth time to step out of your room and hunt for new gateways. It’s the time when the secluded waterfalls gush with all its might, valleys turn lavish and otherwise dull hills cover itself with thriving and lush blankets of greenery. Believe me, India can’t be more beautiful than in monsoons. Below listed are 7 places to visit in monsoon in India.

The Guinness Book of World Records marks it as the ‘Wettest Place on Earth’. Guarded by the misty Himalayas, this North Eastern town in Meghalaya is known for its pristine beauty. One of the best holiday destinations in July, the region turns into a slice of paradise. Waterfalls like Kynrem and Dain-Thlen rush with all its valor from the olive forest cliffs. The place is famous for its century-old living root bridges that mainly evolve from rubber trees. Though once Cherrapunji received the highest rainfall in the country, this record has been shifted to the nearby town of Mawsynram since past few years owing to climate changes. 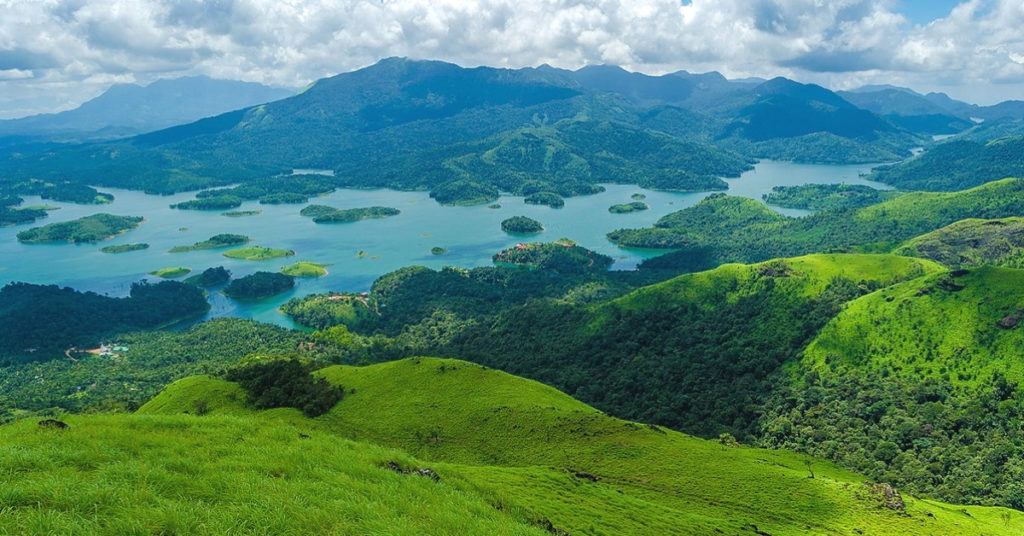 Set in the lap of the Western Ghats, this rural district in Kerala is known for its deep forests that surround the cliffs of the Ghats. The forests of Begur and Muthanga are home to animals like Asiatic elephants, leopards, and tigers. The place hosts some magnificent caves like Edakkal, wildlife sanctuaries and wide rivers that become lovelier in monsoons. Though the district was formed in 1980, ancient petroglyphs in the caves date back the history of the region to the beginning of the Modern Age civilization. The rivers like Karamanathodu get up to their brim in monsoons making Wayanad one of the best places to visit August. 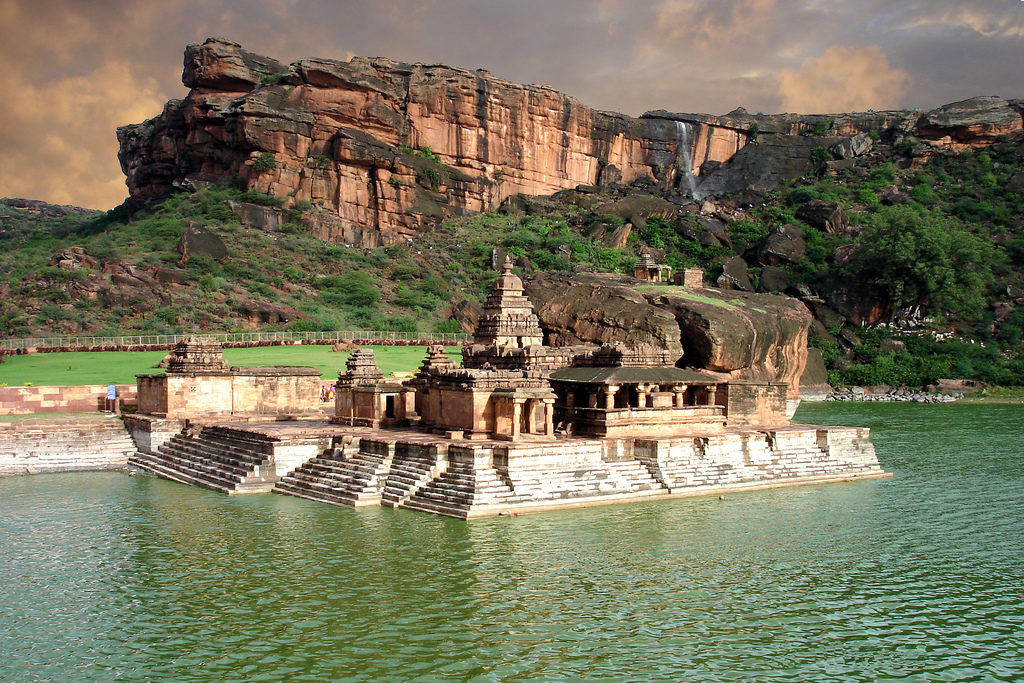 Badami or Vatapi (earlier name) is a small town in Karnataka known for its rock-cut temples. The 1500-year-old temples date back to the Chalukya dynasty. The first streaks of rain add a tint of grandeur to the century-old shrines that are surrounded by lakes and guarded by lofty sandstone cliffs. Come the downpour and the jungles shading the cliff surfaces turn the greenest. The escorting gusty waterfalls transform this everlasting landscape into a sheer utopia. The man-made Agastya Lake aligned by stone steps and earthen walls is the utmost beauty at this old habitat. Not to miss the Badami sandstone Cave Temples; this forms the main attraction of the place. The cave walls have been sculptured with figures of Hindu gods and goddesses which include Shiva, Ganesha, Vishnu, and many others. 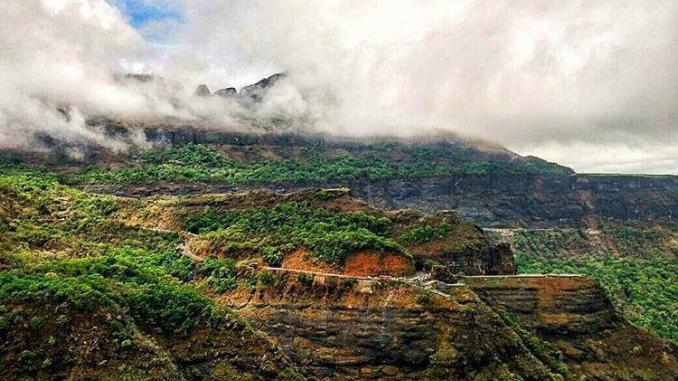 Just near the borders of Thane and Ahmednagar, at an elevation of 700 meters stands Malsej Ghat. The place is mostly known for its giant and opulent waterfalls. If you get to go during the peak months of monsoon, you will surely be able to spot pink flamingos that flock here during rains. If you are an adventure junkie, the nearby hills like Ajoba and Darkoba will provide some perfect treks during this season. Or else you can pamper yourself amidst the nature with misty hill clouds, secluded waterfalls, and luxuriant flora and fauna. Apart from the rosy flamingos, cuckoos, crakes are rails can also be spotted in the green valleys. 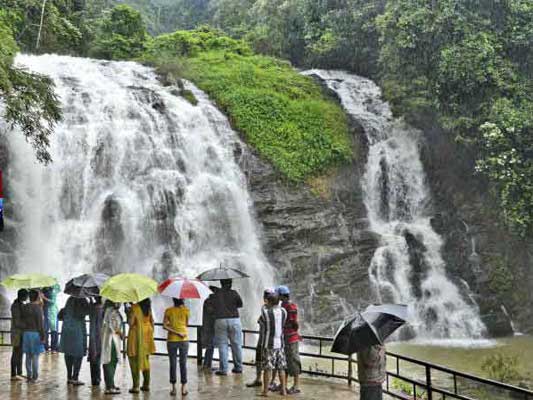 Another spectacular hill station of Karnataka is Madikeri Coorg or simply Coorg. ‘The Scotland of East’ is also popular for its vast coffee plantation and variety of local wines. The region is a delight in monsoons when it’s lush green valleys and soaring waterfalls add splendor to its natural elegance. Waterfalls like Abbey and Jog will surely drag every photographer and nature lover in rains. You can grab a view of some mighty elephants here as they bath in the river Kaveri at Dubare camps. Not to miss is the Rajas’ seat from where one can spectacle the mist-laden cliffs with a bountiful green slope. Some other places of interest include Tibetan monastery, Nisargdham, and Irupu falls. 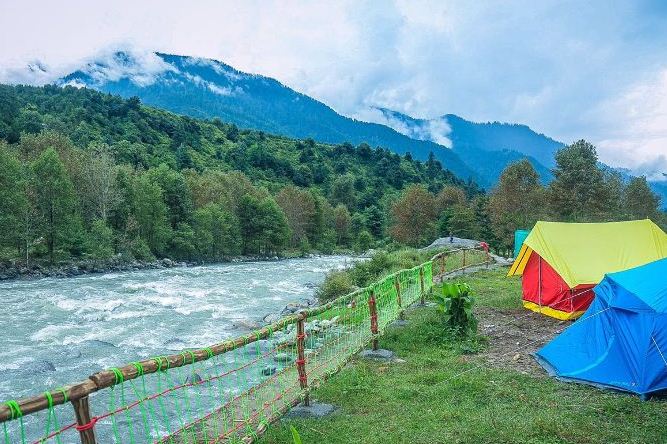 The lofty and mighty Himalayas host the panoramic hill station of Kausani that evolves to its uttermost magnificence during monsoons. The ‘Switzerland of India’ is known for its enormous view of the white-capped Himalayas which includes peaks like Nanda Devi, Trishul, and Panchchuli. Though many travelers say that summers are the best time to visit Kausani but believe me monsoons renders a tweak in the atmosphere. The wide range of misty Himalayas gifts a mesmerizing view of the landscape. Visit the mighty Rudrani falls and the nearby caves which are an allure for both the adventure seeker and the otherwise. Not to miss here are the tea estates that sprawl over 200 hectares of land. Other points of interest include pear and apricot farms, Baijnath temple, and Gandhi Ashram or Anasakti Ashram. Various trekking routes like Pinnath and Pindari glacier are also there for the adventure lovers. 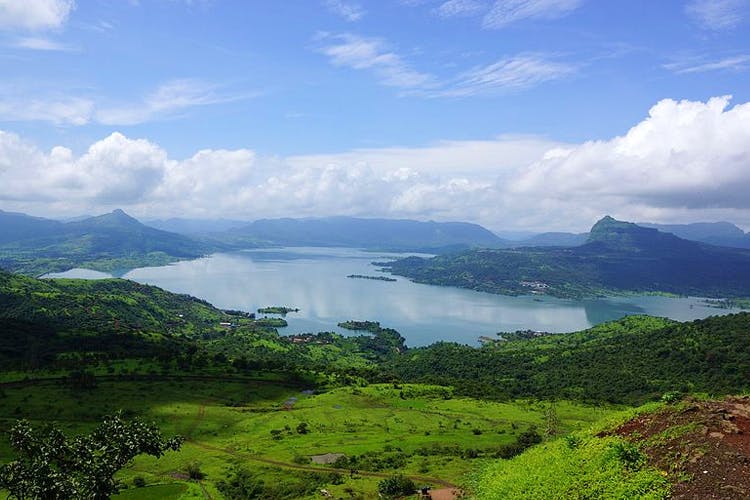 Another ecstasy in the lap of Western Ghats is Lonavala. It is one of the most stunning hill stations in India. The dams and the rallying water bodies sheltered by the Sahayadris form a magnificent and serene landscape. River Indrayani is one of the most spectacular spots in Lonavala during monsoons. It’s nearby trekking points like Tiger’s Leap and Lion Point renders some amazing views of sunsets. Khandala is the nearby twin hill station of Lonavala which is an equal allure for the nomads. The region hosts some mysterious caves like Karla Caves and Bhaja caves that are allure to the adventure lovers. Its other places of interest include Lohagad fort, Rajmachi Fort, Tikona, and Visapur.

Apart from the above, there are many spots to explore in India, viz. Shillong, Munnar, Alleppey, etc. Monsoons can only be felt while exploring places with umbrellas and raincoats! What are you waiting for? Pack your bags and get set for the rains.