12 Jyotirlingas or Dwadash Jyotirlingas in India are considered to be highly revered pilgrimage sites by the Hindus and particularly by the Shaivas or the Shaivites. ‘Jyoti’ means an infinite source of light and ‘linga’ refers to a fiery form of Lord Shiva. According to Hindu Mythology, once Lord Brahma (the supreme creator) had an argument with Lord Vishnu (the supreme preserver) over their supremacy of creation. In order to make a settlement, Lord Shiva penetrated Swarga, Martya and Patal (the three worlds) appearing as a huge and infinite source of light. Many incidents followed and this immense and fiery form of Lord Shiva on earth (or Martya) appeared as 12 Jyotirlingas in India (although some say that there are 64 but 12 are the main shrines). Each of the Jyotirlingas has its own mythological events that make them unique in their own way. No doubt each of these places is considered to be pious and sacred by the Hindus, and a pilgrimage to all of the shrines is believed to free oneself from the cycle of birth and death while attaining Moksha.

Listed here is a vocabulary journey to the 12 Jyotirlingas of India. 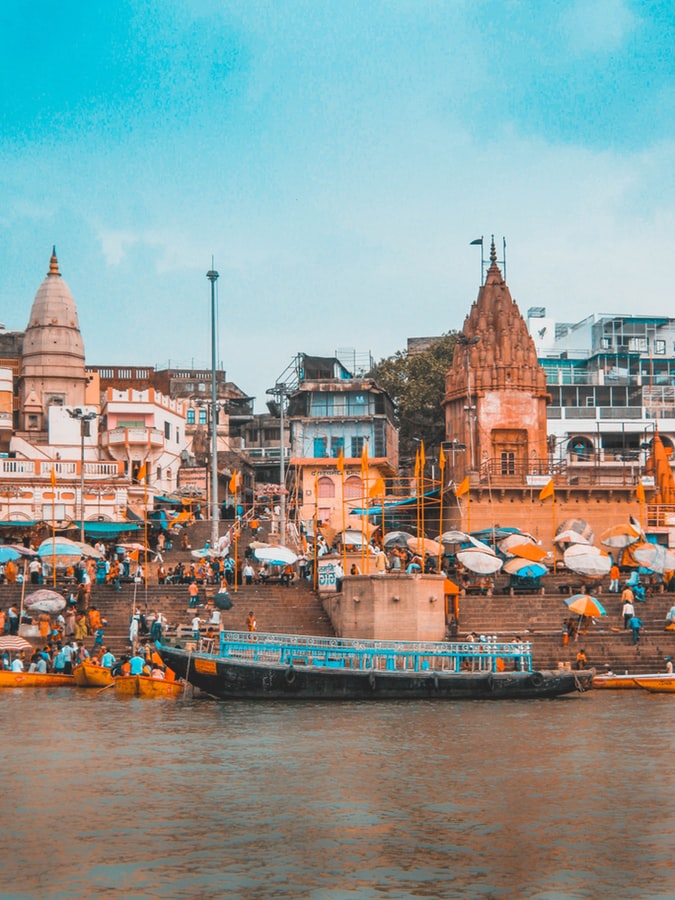 The most popular and foremost choice of many pilgrims among the 12 Jyotirlingas is that of Kashi Viswanath. The temple is located amidst the narrow lanes of Kashi or Varanasi in the state of Uttar Pradesh. Besides the shrine, the place is known for its age-old ghats on the banks of River Ganga. It is believed that those who spend their last days here attain moksha or salvation.

Next in the list comes the grey temple of Kedarnath amidst the Himalayas in the state of Uttarakhand. Snowy peaks of the Himalayas shade the gushing stream of Alaknanda and Mandakini that lead the way towards the shrine. Due to heavy snowfall, the temple remains closed for half of the year. The temple has survived heavy natural disasters time and again including the recent Uttarakhand flood. It is also one of the pilgrimage sites of Chhota Char Dham Yatra.

Amidst the Brahmagiri Mountain in Nasik, Maharashtra stands the temple of Triambakeswar Jyotirlinga. Near to the temple lies a sacred pool of ‘Gautami Ganga’ which is considered to be the most pious river in South India. The temple is also believed to be the source of river Godavari that has many legends attached to it.

The ‘Prabhas Teertha’ or Somnath in Veraval district of Gujarat homes the temple of Somnath Jyotirlinga. It is believed to be the first Jyotirlingas among all in the country. After many destructions and reconstructions, the new temple premises stands beside the old one at the bay of the Arabian Sea. In Gujarat, it is the most prevalent choice of pilgrimage among the Hindus after Dwarka.

Situated at the banks of the Krishna River on Sri Shaila Mountain, ‘Kailash of South’ or Mallikarjuna Jyotirlinga is yet another famous Shiva shrine in the country. It is also one of the 18 Shakti Peethas associated with Goddess Parvati. The temple is also known as Sri Bhramaramba Mallikarjuna temple referring Goddess Parvati as Bhramaramba.

The ancient Ujjain district of the largest state of India is home to the Mahakaleswar Jyotirlinga. The holy river Shipra flows adjacent to the temple and its water is believed to be ‘Moksh- Dayini’ (salvation gifting) by the Shaivites. This is the only Swayambhu Lingam among the twelve Jyotirlingas that has emerged of its own from the ground surface (while in other shrines the Shivalinga has been established or erected with holy chants).

Baba Baidyanath Dham or Baidyanath Jyotirlinga is yet another sacred pilgrimage in the Deoghar district of Jharkhand. The Shivalinga that relate mythological stories of Ravana with it stands with 21 other shrines in the temple premises. The annual pilgrimage of ‘Kanwar Yatra’ to Baba Baidyanath is very popular among the Shaivites who carry holy water from River Ganga and walk hundreds of miles to offer it to Baba Baidyanath. 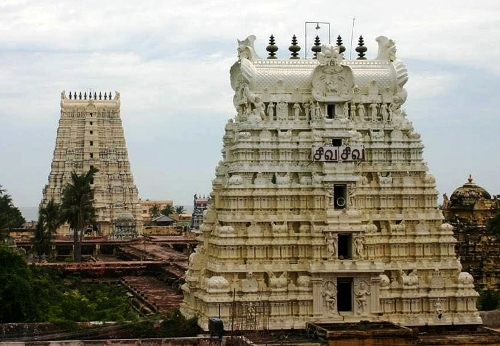 Rameswaram in South India is famous for its Ramnathswamy Temple dedicated to Lord Shiva and is also one of the twelve Jyotirlingas. Since it is also one of the Char Dhams, the place is a popular pilgrimage site both among the Vaishnavas and the Shaivites. It is believed that Rama established and worshipped Lord Ramnathswamy for glory and triumph before attacking Lanka. The temple also has the longest corridor among all the Hindu temples in India.

A 30-minute drive from the Dwarkadhish temple in Gujarat stands the red sanctums of Nageshwar Jyotirlinga. A massive white statue of Lord Shiva marks the temple premises from a distance. Lord Shiva along with Goddess Durga is worshipped here at a lower chamber at the temple.  This is yet another pilgrimage site in Gujarat for the devotees and travelers who visit Dwarka and Bet Dwarka.

The Ghats of The Sahyadri Mountains near Pune shelter the Jyotirlinga of Lord Bhimsankar. It is the third Jyotirlinga in Maharashtra after Triambakeswar and Grishneswar.  The Moksha Kund near the temple has different mythological sagas associated with Sage Kaushika. Bhimshankar is also believed to be the origin point of river Bhima.

Located at the banks of the holy river Narmada in Madhya Pradesh, Omkareswar Temple is situated on the island of Mandhata or Shivapuri in Khandwa district. Mythological legends of the island and the shrine date back to the time of King Mandhata, an ancestor of Lord Ram. It is also believed that Adi Shankaracharya met his Guru in a cave just below the shrine of Omkareswar.

Grishneswar temple or Dhushmeswar Temple in Aurangabad district of Maharashtra is considered to be the last Jyotirlinga in India whose mentions can also be found in Shiva Purana. The shrine is very closely located to the Ellora caves which are renowned UNESCO World Heritage sites in the country. This temple has also faced many destructions and reconstructions in the past and is the smallest Jyotirlinga temple of all.