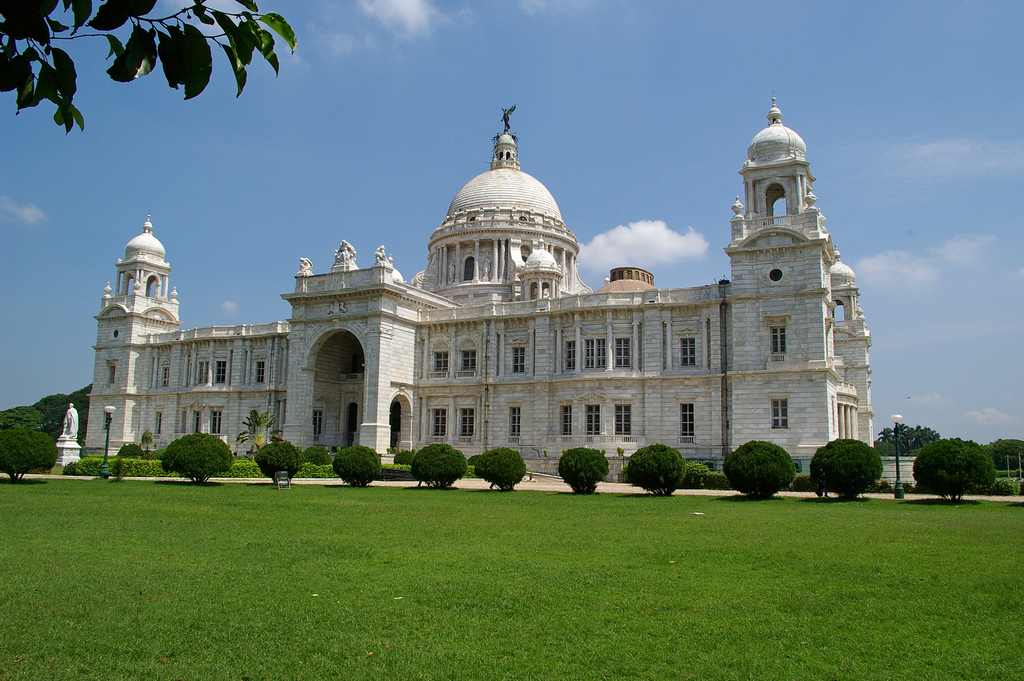 Calcutta recently renamed as Kolkata is the capital city of the Indian state of West Bengal. Evidences from the archaeological site of Chandraketugarh reveal that the city is about 2,000 years old. However, the city became popular only after the arrival of British East India Company in 1690. Massive investment in infrastructure projects like railroads and telegraph by British government made Kolkata an industrial hub. The temperature of the city reaches about 9 °C during winter and about 40 °C in summer. The best time to visit Kolkata is during the winter season.

Victoria Memorial was built in the memory of Queen Victoria of England. This majestic white marble palace is surrounded by 64 acres of lush gardens. The highlight of the building is the bronze angel at the top of it that weighs about 3,500 kg and rotates, when a strong wind blows. This museum turned palace exhibits paintings, portraits of eminent personalities, and documents of British Indian government. To visit this royal museum one has to pay a nominal entrance fee. 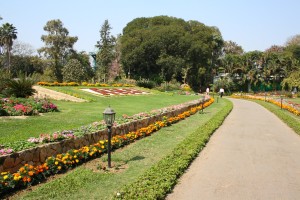 William Carey founded this Agri-Horticultural Garden in 1820. With a significant collection of botanical varieties, this garden is a paradise for lovers of plants. It also has a grand green house donated by the royal family of Darbhanga. Unfortunately, picnicking is not allowed in this garden to protect its serenity.

Fort William was constructed in 1781 after the unfortunate happenings of 1756 in which many British soldiers using their families were killed by Siraj-Ud-Daula. A large district around the village of Govindpur was blank of the forests and this castle was constructed, which for some time also lent its name to the city. The castle is still in use and visitors are excusable within solely after getting exclusive permits

The district around the castle is a very large piece of green known as the Maidan (ground). The Maidan is also known as the lung of Kolkata and stretches 1 km in width and 3 km in segment. 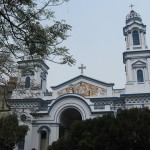 This is the oldest church of Kolkata and belongs to the 18th century. The original wooden structure was designed by the Armenian architects and it was later replaced by bricks and mortar. This structure is an example of the hospitality of the local people to foreigners.

Sir William Jones along with his friends formed the Asiatic Society in 1748. This society has a library that contains approximately 149,000 rare manuscripts in Sanskrit, Arabic, Persian and Hindi. It also has a good collection of archaeological relics, geological and ethnological specimens. Original paintings by Reubens, Guiles, Reynolds and many others can be found here. One can find the fabulous rock edict of Ashoka the Great in this building. 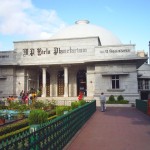 Birla Planetarium was established in 1963. The astronomical observatory of this Planetarium has been equipped with a Celestron C-14 Telescope. The model of this building resembles Buddhist Stupa of Sanchi. Shows are conducted everyday in English, Hindi and Bengali at the central hall, which has a capacity to accommodate 500 people for a single session.

Other places of interest within the city include Indian Museum, Asutosh Museum of Modern Art, The magnificent temple of Belur Math, Marble Palace of Rajendra Mullick, The Howrah Bridge, Sitambara Jain temple, and The Eden Gardens. There are many more exotic locations around the city, such as Shanti Niketan, Bishnupur, Dakshineshwar Temple, and The Botanical Gardens of Shibpur.

Oberoi Grand, The Park, Hyatt Regency, ITC Sonar Bangla Sheraton Hotel and Towers, and Taj Bengal are some of the hotels that offer star comforts. Some of the economy class hotels are as follows: Astoria Hotel, Hotel Heera International, Hotel Minerva, and Hotel Lindsay. One can also avail the help of local travel agents to find suitable accommodation.

The intellectual capital of India has the famous Netaji Subhash Chandra Bose Airport at Dum Dum. Both international and domestic flight operators ply good number of aircrafts to most international and domestic destinations. The two major railway stations of the city include Howrah and Sealdah stations. Kolkata being the head quarters of Eastern and Southeastern railway zones has many trains connecting even to the remote parts of India. Local trains are the cheapest means to commute within the city. Bus services are offered both by Calcutta State Transport Corporation and private operators. Electric trams are the most attractive means of transport in the city, as they move slowly on the tracks laid along the traffic jammed streets. Taxis and autos are available at one’s beck and call. Other popular means of transport in Kolkata includes Bicycle Rickshaw, Manual Pull Rickshaw, Cycle Van Rickshaw, and Ferry Boats.