Mukteshwar is a small town, and one of the most-sought tourist destinations, in the Kumaon hills of Uttarakhand. It is situated at an altitude of 2,280 mts above sea level and is famous for the wonderful 180-degree view of the captivating snow capped mountain ranges that it provides. The second highest mountain-peak of India, Nanda Devi, is also visible from Mukteshwar. The other ranges one can see from Mukteshwar are Neelkantha (Blue-throated Shiva), Trishul (Shiva’s Trident), Nanadaghunti (the Veil of the Goddess), and the Panchuli Group.

Apart from the scenic vistas of mountain ranges it provides, Mukteswar is also famous for its beautiful orchards, dense coniferous forests and old colonial bungalows. One of the most famous attractions of this place is the Shiva Temple, known as ‘Mukteshwar Dham’, after which the entire region was named Mukteshwar. A 350-year-old temple, it is situated at the highest point in Mukteshwar. The temple consists of a beautiful white marble Shiva lingam. Other than this, one can also visit Chauli-ki-Jali, a site marked by mountain-rocks that project out from the hill at a bizarre angle.

Chauli-ki-Jali also provides opportunities for rock climbing and rappelling. It promises to offer astonishing views of many scavenger birds, pouncing down on their preys, as well. According to the local belief, the wishes made here are certainly fulfilled. When in Mukteshwar, you can also visit the sunrise point at PWD guest house and have a mesmerizing experience of dawn. People interested in science and technologies have two more places to visit in Mukteshwar, the Indian Veterinary Research Institute and ‘Renewable Park’, developed by Energy and Research Institute of India.

Tourist Places to see in Mukteshwar 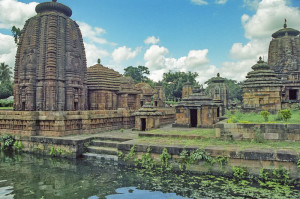 One of the sacred places to visit in the area is the Mukteshwar temple. Dedicated to lord Shiva, it is a legendary pilgrimage and Mukteshwar has acquired its name from the name of the temple. It is situated at the top of a hill and can be reached by climbing a series of steep stone stairs. For those who are deeply religious, trekking to the temple can be a heavenly experience, in part because of the natural splendor of the place. The temple is adorned with a marble Shivling and idols of some other Hindu deities.
Also Read ->  Kalimpong Hills travel guide 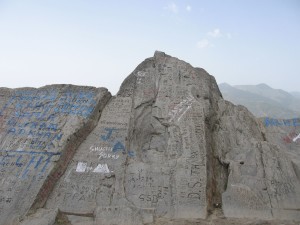 It is a historical place which is also called Chauli Ki Jaali by the locals and is situated adjacent to the Mukteshwar temple. Mythology believes that a demon and a goddess had fought a battle in this place and bleak outlines in the place are to be seen which resemble a shield and the trunk of an elephant which are testimonials of the battle. Legend also has it the barren women who came here and touched the lattice around the rock were blessed with a child.

Indian Veterinary Research Institute
A British legacy, Indian Veterinary Institute is one of the leading advanced research facilities engaging in live stock research and is dedicated to the development of the region. It was established at the Imperial Bacteriological Laboratory in 1889 at Pune on the recommendation of the Cattle Plague Commission, and was later relocated to Mukteshwar in 1893. Further, it was developed into the Indian Veterinary research Institute. There is a library and museum as well inside the institute campus.

Mukteshwar Inspection Bungalow
The PWD inspection Bungalow in Mukteshwar is an architectural wonder. It is situated close to the Mukteshwar temple and is a landmark in the town. The bungalow has lush green surroundings and beautiful views which makes it a must-see in the hill station. In fact, it is the perfect place to stay in Mukteshwar if you are halting for a couple of days. Blessed with amazing natural beauty and beautiful architecture, the bungalow has a unique charm.
How to reach Mukteshwar

Mukteshwar Accommodation:
Mukteshwar’s hotels are normally booked throughout the year, although they are generally never packed. However since Mukteshwar is a popular tourist area, hotel rates are a little expensive. An economy rate hotel room can be booked for Rs 1,880.

A deluxe room can be booked for about Rs 2,800 per night. However, you will find that Mukteshwar is full of high class and extra posh hotels. The extra deluxe rooms in these hotels can be booked at Rs 4,750 per night. There are some rooms a class above the rest and these ultra posh rooms can be booked in at Rs 8,500 per night. These hotels offer amenities such as a gym, swimming pools, a jacuzzi and spa, cable television, high speed wireless internet, a doctor available on call, round the clock room service and they also arrange tours for travelers.

Mukteshwar’s Weather
Mukteshwar looks beautiful throughout the year and the weather is enjoyable in all parts of the year. Due to a hilly location, the sweltering Indian summers take a beating in this mountainous landscape and the weather remains pleasantly comfortable even in the hottest of Indian months. Its pleasant weather is one of the reasons accounting for its popularity as a holiday destination. The hill station experiences heavy snowfall in winters and heavy downpour in the monsoon months of July, August and September.

The temperature pattern of the place is quite comfortable. Summers commence from March and lasts till May with a maximum temperature of 27 degrees C. Winters in Mukteshwar are chilling with the minimum temperature dipping to a low of 3 degree C. The average temperature in winter ranges between 17-3 degree C. The best time to visit Mukteshwar is throughout the year barring heavy rainy season and snowy winters. Traffic blocks and flight delays may result due to bad weather. Therefore, the snowfall and heavy rainfall period should be avoided by the visitors to escape unnecessary delays. October is the most preferred month to visit Mukteshwar.

Reaching Mukteshwar
By Air : The nearest airport to Mukteshwar is the Pantnagar Airport, located at a distance of 111 km. Pre-paid taxi services charge around Rs 1700 to drop you till Mukteshwar from the airport. Daily flights connect Pantnagar to Delhi, which is also the nearest international airport from Mukteshwar, connecting it to most of the cities in India as well as abroad.

By Rail : The nearest railway station from Mukteshwar is Kathgodam, which is at a distance of 73 km. Kathgodam is well connected to other major Indian cities of India, by regular trains. After getting down at the station, you can either take a bus or a taxi to reach the scenic hill station of Mukteshwar.

By Road : Mukteshwar is at a distance of 353 km from Delhi, 51 km from Nainital and 42 km from Haldwani. State run bus services connect the other cities of Uttarakhand, such as Kathgodam, with Mukteshwar. Privately-owned luxury buses also run on Delhi-Kathgodam route. Buses can be taken from the Delhi’s ISBT Anand Vihar terminal. It takes 8 hrs to reach Kathgodam from Delhi, by road. From Delhi, the route to follow is the one from NH 24 to Rampur and then NH 87 to Ranibagh. From there, take the state highway to Bhowali and then another state highway will take you to Mukteshwar, via Ramgarh. 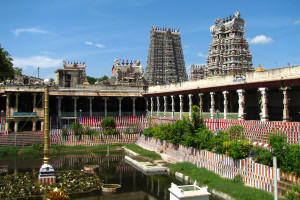 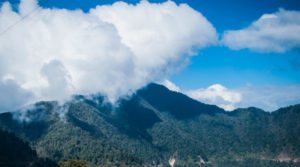 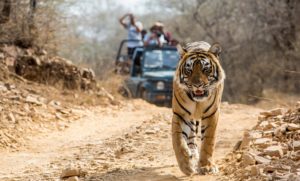