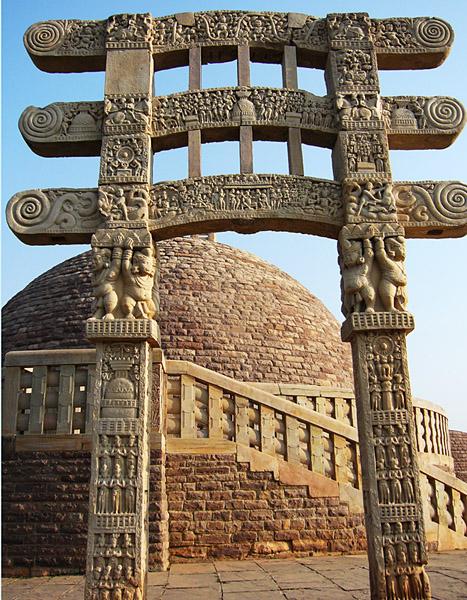 The Sanchi Stupas are world famous for their designs and their age when calculated on a historical time frame. They were built around the third century BC by the great emperor Ashoka. The Stupas are located in the Sanchi district of Madhya Pradesh; India. The nucleus of Sanchi Stupa had been built around the relics which Gautama Buddha left behind. A crown had been placed over the area as a mark of respect and preserves the relics of Buddha. At some point of time the relics of the Buddha had been destroyed by certain vandals. This took place during the period of the Sunga rule. Agnimitra, a Sunga ruler reestablished the Stupas by repairing it and replacing it with slabs which were twice in size as the original ones. 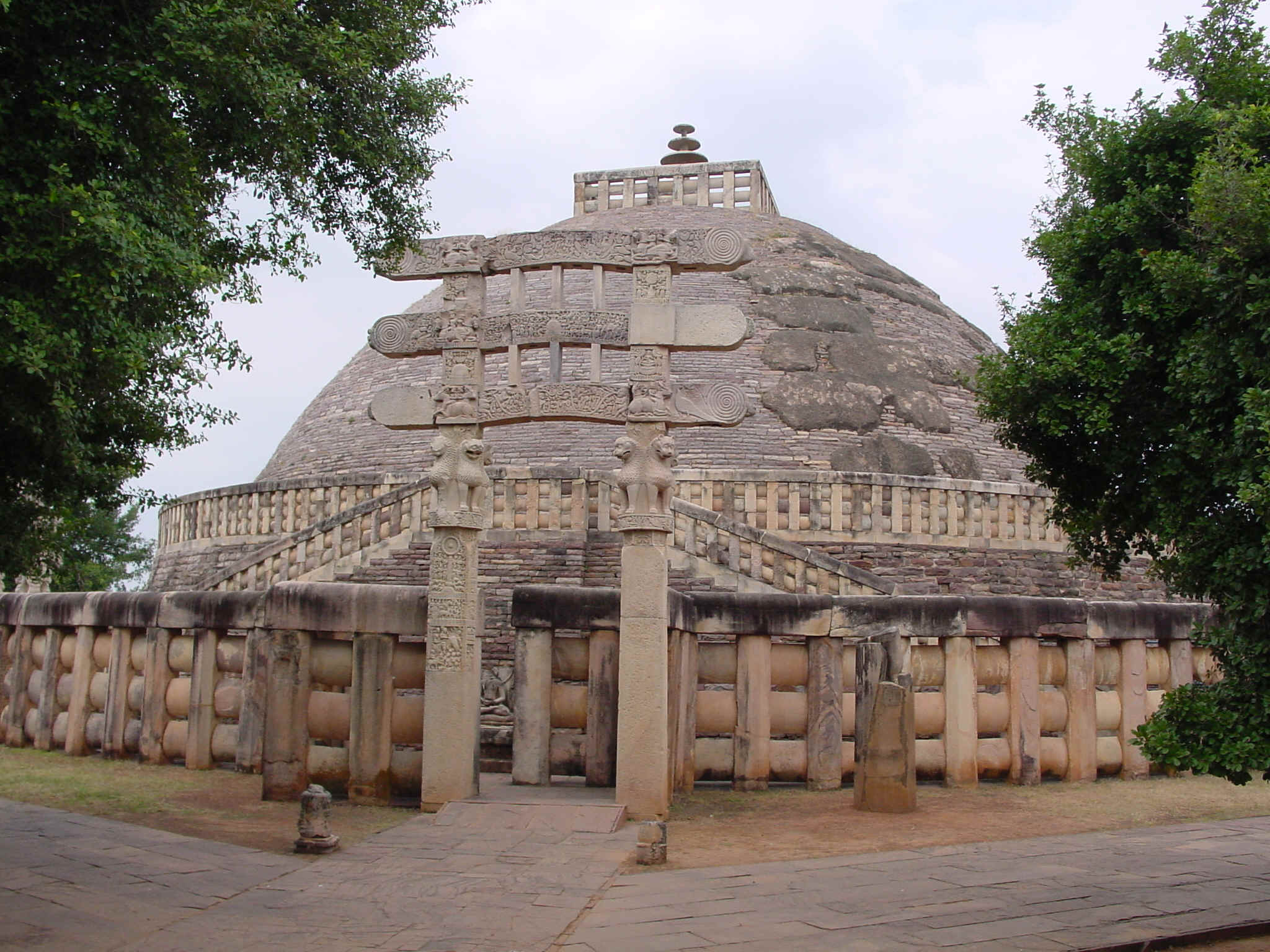 The domes were renovated by building parasols and the three tiers of parasol were superimposed over one another. The tiers represent Dharma or the rule of law. The Satavahana period was another important phase for the stupas and the exact timing is around 70 BC. During this period many renovations were brought about in the Sanchi Stupas. The life of Lord Buddha began to be depicted using carvings made on stones. Buddha has been depicted by combining Buddha with many common lives events. This was done to make people understand the true essence of Buddha.

The construction of the Stupas during this period was not under the direct patronage of the royal family. The people donated some amount of money in order to get the stupas constructed. Their names were often engraved in the stones where the Buddha had been depicted. The people who donated money could choose the events which could be depicted from Buddha’s life. In the Stupa art work we see that Buddha has not been depicted in figurine form, he has been depicted in ways in which can be personified with Buddha himself. The artists refrained themselves from depicting Buddha as a human figure since they considered him to be far beyond the mortal bondage of the human body. The Gupta period saw another change in the overall layout of the Stupas. Many new additions were made during the 12th century BC which also corresponds the Gupta period. A few Buddhist temples had been built during this period. The latest restoration work at the Stupas had been conducted between the year 1912 and 1919. the present condition of the Stupas can be credited to the restoration work which had been conducted under the supervision of Sir John Marshall. The Sanchi Stupas degraded with the decline in the popularity of Buddhism in India and most of the ancient structures got damaged beyond repair with the passage of centuries.

The world-renowned stupas of stupa of Sanchi in Madhya Pradesh are being designated by UNESCO as the world heritage site for its archaeological and historical importance.

Places of interest In Sanchi:

By Air : Nearest airport is at Bhopal (46 km via Diwanganj and 78 km via Raisen) which is connected with Delhi, Mumbai, Gwalior and Indore.

By Rail : Sanchi lies on the Jhansi-Itarsi section of the Central Railways> However, the most convenient railhead is Vidisha (10 km).