Yes, I know corona has affected, in fact, devastated your travel plans. You have cancelled all your bookings and reservations only to isolate yourself at home. And your wanderlust soul is craving for just another holiday even if it’s a small one. In such a miserable situation, why not give a treat to your eyes with some drooling Vegetarian Dishes Of Kerala. You can also try a few of those at your home; treat to your taste bud as well. Why Kerala? Because once we think of any South Indian state, the first cuisine that pops up in our mind is Idli-Dosa. And in this list, I have omitted those. So what are you waiting for? Scroll down and check out this list of my selection of Kerala cuisines.

The cylindrical-shaped steamed rice with coconut moulds is Puttu. Kadala curry is mainly prepared with black chickpeas and coconut milk and is a traditional platter of the state. This dish is popular as a breakfast serve that happens to be the staple food of Kerala as well.

Erissery is pumpkin and lentil curry cooked with a blend of coconut, yam slices and spices. The dish act as a popular side dish with a hot rice plate.

If you are fond of biriyani, then this assortment of biriyani is a must-try. Prepared with a bowl of special thin rice or Kaima, the dish serves an aromatic blend of dry nuts, traditional spices and veggie (or non-veggie) chunks.

This regular dose of snacks enjoyed with tea or coffee is known as banana fritters in simple English. Just dip the banana slices in a thick gravy of flour and spices followed by deep frying of the same. Perfect for snack time, isn’t it?

The layered pastry mostly famous in the north Malabar region is Chatti Pathiri. Stuffed with an assortment of dry fruits, the pastry is prepared using flour and other authentic spices. You can say it is the Indian version of the Italian sweet dish lasagna.

Also known as Noolappam, this is another version of the regular vermicelli. Made from rice flour, water and salt, the fine thin versatile strands are consumed with all sorts of curries and chutneys. 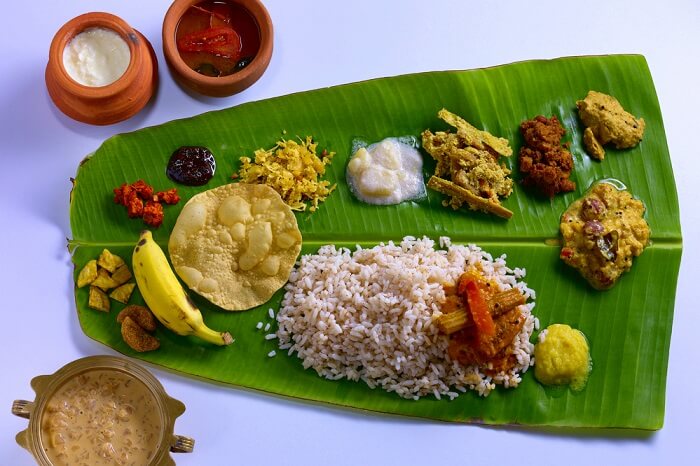 This is not a single dish but instead a Kerala Thali. Sadya is a traditional and authentic vegetarian Kerala meal that is a combination of 15-20 individual dishes. Served on a giant banana leaf the Thali comprise of cuisines like olan, sambar, moru, parippu, thoran, aviyal, kichadi and payasam. This is a compulsory dish in the state that accompanies in every ceremonies and ritual.

This is the most common variety of dessert in the list of Kerala gastronomy. Made from rice batter (ada), coconut milk and sugar, the dish is a ‘must-have’ during festivals like Onam.

The ordinary version of paratha gets a coastal touch with Kerala speciality of Malabar paratha. The conventional dough is shaped in spiral layers while flattening it to give the shape of a regular paratha. Combine it with any of your favourite side dishes to get the best touch of Kerala’s cookery.

The common side dish of mixed vegetable acquires a greater flavour with Kerala dish of Avial. The assortment of veggies is cooked with a paste of grated coconut and coconut oil. Avial contains a thick gravy and can be equally consumed with rice and paratha.

Pachadi refers to a special Kerala side dish that is very similar to raita. It is prepared with seasonal vegetables (or fruits), yoghurt, ground coconut and a variety of spices. Both its sour and sweet variants (which is made with fruits like pineapple, grapes and pumpkin) are available here.

Tapioca or Cassava is known as Kappa in Kerala. This tropical plant is one of the popular traditional cuisines of Kerala. The tapioca combined with grated coconut and spices is cooked over medium flame till the shallots become soft and start changing colours. It acts as a perfect plate both as a side dish or snack.

Prepared with a combination of white gourd, black-eyed peas and coconut milk, Olan is a light side dish that forms a compulsory part of Sadhya. It pairs best with steamed rice and is a compulsory cook during festivals like Onam.

Fri Mar 20 , 2020
Share on Facebook Tweet it Pin it Share it Email Traveling solo may seem to be a daunting and challenging experience for the beginners. Yet, solo traveling has gained so much momentum that a lot of portals across the country are offering solo trips. One of the main reasons behind […] 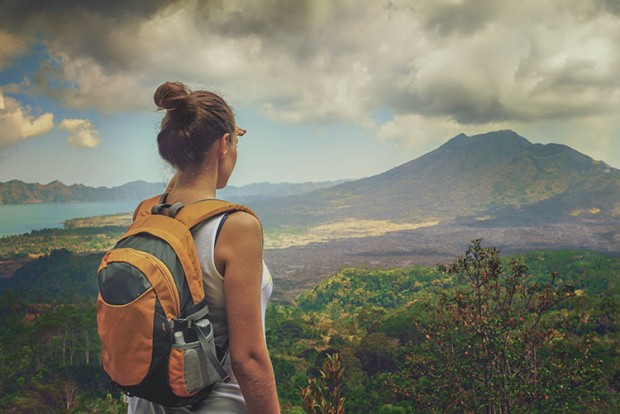