The list of the places to visit in Pune and the list is endless. The modern Pune as a city is fast growing, developing, and turning into an industrial hub as more and more people in search of work and excursion are pouring in daily. The city still exhibits love for traditions, festivals, heritage and culture. The warmth displayed by this city in Maharashtra makes it an interesting affair to visit places when one is in Pune.

Pune was established as a town in 937 AD and was known as Punawadi back in the history. It is the eighth largest metropolis and the second largest in Maharashtra after Mumbai. Pune grew under the rule and monopoly of Chhatrapati Shivaji Maharaja, the founder of the Maratha Empire. In the modern era, the city is known as the cultural head of Maharashtra. It is well known for its educational facilities, growing industries of glass, sugar etc, cultural activities like theatre, music, literature etc. Hinduism is the major religion seen in the city. Students and other needful people migrate towards this city in numbers uncountable because of the various opportunities that it provides in the various fields. Apart from these tourists in large numbers, throng the city every year because of its rich culture, monuments, heritage and warmth. The latest growth in IT sector in India is presenting the city of Pune as IT hub in western India. Among the many, few of the places to visit in Pune are listed below. 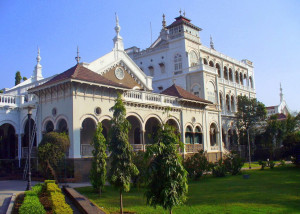 It was built in the year 1892 by Sultan Muhammad Shah, Aga Khan III. It is a landmark in the Indian history as Mahatma Gandhi and his wife Kasturba Gandhi were imprisoned here by the Britishers. It boasts of architectural beauty with its Italianate arches and gardens. This palace was donated to India with respect to Mahatma Gandhi and his philosophy. The Samadhi of Kasturba Gandhi and her assistant rest here. The beauty of the palace attracts millions of tourists every year. The palace is open to the public from 9 a. m. to 6 p. m. 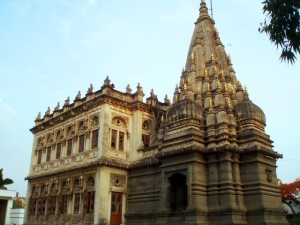 It is a memorial to the greatest warrior of the Maratha army, Mahadji Shinde. Rajasthani architecture adorns the temples constructions and is a visual pleasure. The Samadhi of Shrimant Mahadji Shinde is also situated here. A Shiv temple is beautifully carved and is untouched through ages. It is open to the public from 6 am to 9 pm. 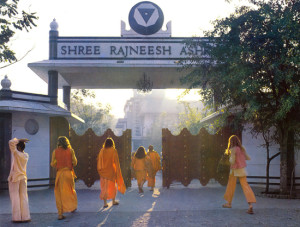 The ashram is spread over an area of 40 acres and the founder was Bhagwan Rajneesh himself and his Samadhi is situated there itself. Osho was one of the most renowned spiritual leaders of India. After his death, this ashram attracts thousands of tourists every year from the far corners of the world. It is also known as Osho Rajneesh Dham and it fosters meditation, relaxation, spiritual development and rejuvenation. Provisions for resting, swimming and meditating are also available. It is the best place in Pune for peace seekers. 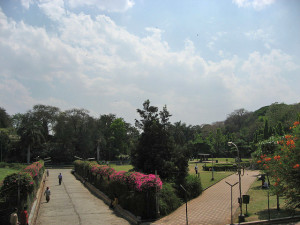 Towards the end of the city sits the cadaverous Saras Bagh which is one of the favorite hot spots in Pune. Loads of people visit this park for their share of fresh air. The temple in the premises has the idol of Shree Siddhivinayak. During the festival of Ganesha Chaturthi the temple is crowded with devotees and the number is as high as 80,000 per day. One should not miss a visit to the temple while in Pune. It is situated in the heart of the city. 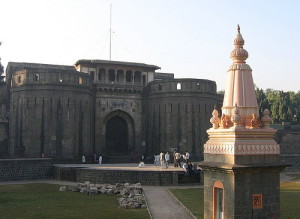 In the olden times, it was the palace of the Peshwa rulers laid in 1729-30 by Peshwa Baji Rao but was destroyed in 1827 by a massive fire. It is situated in Shaniwar Peth, near the Pune railway station. The skill of the Peshwas in town planning and architecture is greatly exhibited through the fort. The premises has beautiful fountains, gardens, courtyards, audience halls, offices and residential quarters and the walls of the fort depict scenes from Ramayana and Mahabharata. The major attraction for the tourists here is a sixteen-petal lotus shaped fountain in the ground and the light and sound show makes it a must see place for visitors to Pune. 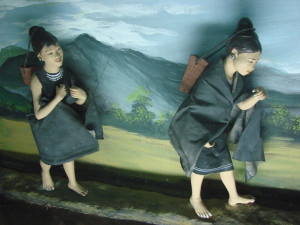 It is located on the Queens road, near the railway station and is dedicated to the culture and lifestyle of the various tribes living in Maharashtra, mainly those who belong to the Sahyadri and Gondhavana regions of the state. Thus, it is a major centre of attraction for researchers. Its open for visit between 10:00 am and 5:00 pm. Photographs, pictures and artifacts reflect the complete customs followed by the tribal communities. Thus, one willing to explore the tribal culture of Maharashtra should not miss on this museum.

Katraj Snake Park
This Park is situated on the Pune Satara Highway near the Bhartiya Vidyapeeth University. It was opened by Neelimkumar Khaire, a snake lover to conserve the snakes and avoid mistreatment to the reptile. All varieties, shape and size of snakes are found here. A library within the park provides full information on the snakes. The major fact is that information about snakes is also provided in Braille fir the blind which attracts such handicapped people to this park. Recently a zoo has also been incorporated which is a great attraction for the students.

Peshwa Udyan Zoo
Popularly called as the Peshwa Udyan Zoo, is much famous among children. Relax here, away from the maddening crowds with your own picnic. The park apart from being a zoo, provides facilities like animal rides and boating for family. The zoo houses many species of wild animals, reptiles as well as birds. There is a toy train called, “Phoolrani” which is ultimate delight for children. Apart from traveling with children and joy ride in toy train, the park also is a perfect place for sightseeing. If one of the more popular spots in the garden is visited in spring, it can be a picturesque time with family and friends, close to nature 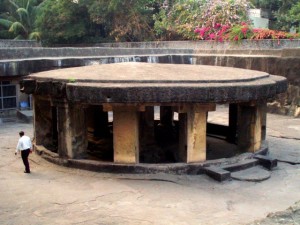 This small 8th century temple is located in the heart of the city at Shivaji Nagar at Jangali Maharaj Road . It is a perfect example of rock-cut architecture. This wonderful temple resembles the grand rock temple at Elephanta but unfortunately was never completed. The Pataleshwar Cave Temple includes a “cave” in its vicinity and thereby it is also known as, “Patleshwar Cave Temple”. 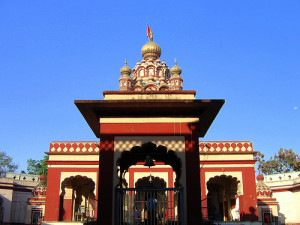 It is a splendid temple built by Balaji Baji Rao and occupies a significant place for the pilgrim tourists. You have to climb 108 steep and narrow steps in order to reach the hill top temple. Formerly it was the private shrine of the Peshwas. It also houses Parvati museum featuring portraits of Peshwas, ancient manuscripts and coins. From the top of the temple you can get the awe-inspiring views of the town. 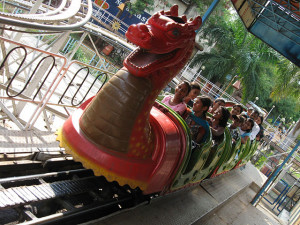 Appu Ghar is a nice environment for fun and enjoyments in Pune. Appu Ghar invites you whole-heartedly. It is a theme park, with many facilities of merry making and offer many fun related activities. Appu Ghar is located at Indira Gandhi Udyan in Pune, earlier known as Bund Garden. It has grown to a major picnic spot with beautifully illuminated pathways and picturesque lawns. Prime attractions in the Garden are the attractive still lake and vast expanse of unexplored hilly terrains. If you visit Pune, do not miss the visit to Appu Ghar, especially kids like this great place. 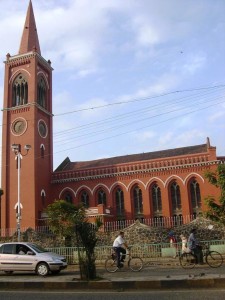 A real specimen of Victorian architectural style, David Synagogue was constructed by David Sassoon in 1861 in Byculla near to Pune. The synagogue is managed by Sit Jacob Sassoon Charity trust and the synagogue offers everyday prayer services. The architectural style is amazing with huge frontal pillars in Gothic style and a clock tower overlooking the whole city. There is an exclusive prayer hall for ladies with a gallery in the upstairs. Many foreign tourists visit this place attracted by the religious importance and architectural marvel. This is a worth religious place to visit. 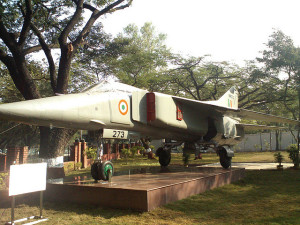 The National War Memorial Southern Command is a war memorial in Pune Cantonment, India dedicated to Post Independence war martyrs. This is the only war memorial in South Asia which has been erected by citizens contributions. The memorial was unveiled and dedicated to the nation on August 15 1998. A Mig 23 BN, which was used in the Kargil War, has been kept on display at the memorial

Bund Garden:
This is one of the most popular tourist attractions in Pune and is also known as Mahatma Gandhi Udhayan. It is located on the right bank of the Mula-Mutha Rivers and was built by Sir Jamshedji Jeejeebhoy to provide the poor with water during hot months of the summers. The adventure enthusiasts can indulge here in boat rides and horse rides.

Shivneri Fort
About 90km away from Pune is this fort built by Sahaji. The fort is arduous to climb as it was a deliberate effort to ensure security from enimies. Jijabai spent her period of pregnancy in this fort and gave birth to great Shivaji Maharaj in 1627. Shivaji was named after the goddess “Shivani” whose temple is also very close by. Shivaji spent his childhood learning his basic knowlede and skills in this fort only. It was through Shivaji’s early lessons and training in this fort that he realised the concept of Swaraj(self-rule). So one can attribute all the contributions of Shivaji Mahraj to his training in this fort.

Film And Television Institute Of India
It is commonly called as FTII and is built on Law College Road and located on the grounds of Prabhat Studios. It was recognized by the Government of India in the Ministry of Information and Broadcasting. The Film Enquiry Committee recommended the formation of this institute to impart training in film making to aspiring students. Major courses offered here are music, editing, direction, photography and screen play. Another fact which makes students believe in the institute is that stars like Subhash Ghai, Mani Kaul, Sanjay Leela Bhansali, Shabana Azmi, Jaya Bachchan etc have received their acting training here.

Lal Mahal (Red Palace)
Dating back to the year 1634, was constructed by Sahaji Bhonsale, Shivaji’s father. When Sahaji received territories in Pune from Bijapur Sultanat, he sent his wife, Jijabai, and his son to the city and got the palace built as their residence. In 1998, Lal Mahal came under the management of Pune Municipal Corporation. Lal Mahal has an impressive collection of Shivaji and Jijabai’s pictorial representations, of which one shows young Shivaji plowing land with a golden plough and Jijabai and Guru Dadoji Konddev looking at him. The other major attractions of the Lal Mahal of Pune include four Umbrellas on its terrace and a statue of Jijabai. There is also a beautiful garden inside the palace complex, known as Jijamata Garden. Now the garden has been converted into a children’s garden and is very popular amongst kids as well as senior citizens

Places to visit in Hyderabad

Fri Aug 31 , 2018
Share on Facebook Tweet it Pin it Share it Email A vibrant and colorful city, there are innumerable places to visit in Hyderabad that are sure to captivate the minds of the tourists and visitors. It has superb instances of culture and traditions in the modern society. The city is […]