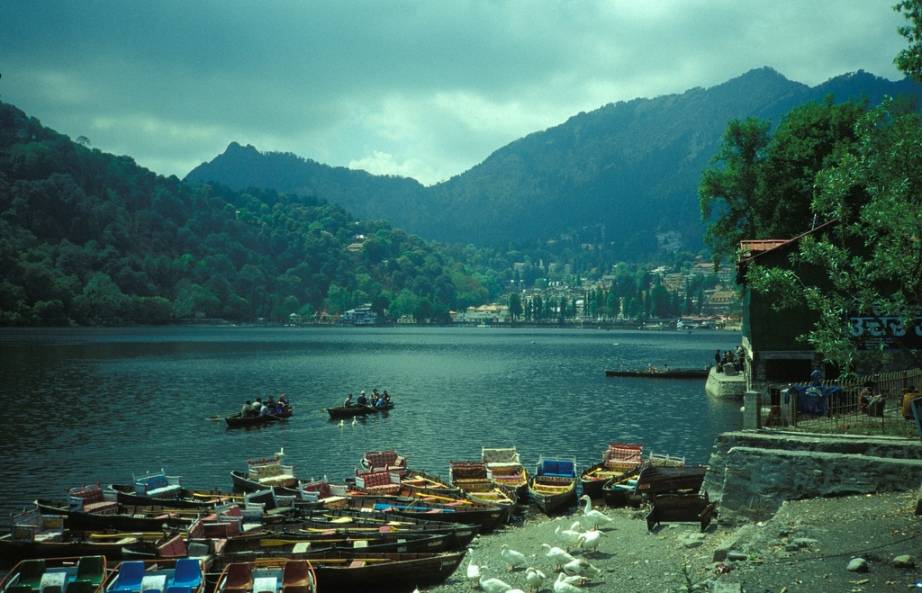 So, One of these busy Monday afternoon I am working on an article on top engineering colleges in Delhi/NCR, and I receive a mail saying, “We leave for Nainital, Saturday evening! Pack your bags”. All those Monday blues fly right out of the window, I start working like we are leaving the same evening but the evening hits again with a reminder breaking the sand castles I had been building in my head. The whole week passes me by like a breeze unending, hot, humid and harsh. Every day at work, I would put up a mental note, what I need to include in my backpack when we leave since I am one of those guys who believe in backpacking rather than carrying a briefcase along like a businessman, as was done by some of my colleagues. I would strike days off of my calendar in my room in desperation of the trip, and here was the day; although it was a working Saturday, but that didn’t bother me at all. I work all week with highest concentration completing each and every sheet with extreme detail but with a mountain-view in my hind.

It was just a matter of 120 hours and some change that we were on the bus, on the way to Nainital. The ride I must agree was pretty bumpy since the driver was informed about a shortcut, which was shorter on the distance while taking longer time and also full of bumps and potholes (A real-life lesson in implementation). Finally, the morning broke while the sun was still casting magical spells on us. Golden fringes had started to appear through the hills in the sky, shy still full of life-sun had us all in awe. All of it had me thanking god for the blessings and the life that had gotten me to that place at that very time. I was almost in one of my philosophical yet philanthropic moods, when the bus halted as we had reached our campsite (Well Almost). Now we had trek uphill for about a mile to reach the camp that we had booked- A magical, almost out of a book campsite. Ayar Jungle Camp is one of the best places to stay when visiting Nainital, although it sits quietly on the outskirts of Nainital. In the middle of hills with wooden cottages spread around in a half a kilometer radius and canvas camps around the pantry. Since I was visiting with my hip (Start-up, yet corporate-esque) team, we were rich enough to rent cottage, pretty much contrary to what I wanted, which was a fine decision at the end since the temperature lingered around the absolute number.
Also Read ->  Top Reasons Why Tourists Flock to India

We were greeted with all the warmth even in the cold temperature, the owner and the manager were pleasant gentlemen. We had three fur balls roaming around us, a Siberian husky named Caesar, a Labrador and a golden retriever, I am sorry I am just terrible with names contributing to my failure in furnishing the other names for your acquaintance. After a visit to our cottages uphill, we had to come back to see our adventure activity curator waiting for us, reluctant to see the city-boys slide over the zip-line from an elevated spot on the hill, in real world it is called Flying-fox for those not familiar with it. It was a fun activity but ended sooner than it began, moreover a few of my colleagues couldn’t gather enough courage to cover 20 metres that was just 10 metres above ground. After getting a pinch of adrenaline in our veins, we had a long-sturdy rope waiting for us to snuggle and pull, after we were talked through the rules of tug of war, we let the game begin. What I could not come to understand was, how can the lighter side win from other which consisted of relatively heavier and somewhat stronger people? Never mind though, it was fun all through out. At the end of fun-filled activities, the fragrance of food spread like jungle fire, attracting each and every one to the lunch table. Hearty meals, packed with fiber, proteins and carbs were served, I would abstain myself from naming any of the dishes since I don’t want to feel hungry right now and nor make anyone else feel the same way. After our win over food, the hills were waiting to be conquered over, if I can state that at most. It was a fun trek to the tiffin top, we were instructed on controlling ourselves as hills are not the best place to be played on because chances are you might get played.

Ask me “what is life?” go on! Life is trekking to the hilltop, and grabbing a Maggi while you watch the skyline looking back at you wondering if humans know, if sky is really the limit! Tired, Exhausted, wasted and an endless number of adjectives would go in vain in explaining the condition we were in, once we hugged our beds but wait, when is the time to stop? Never! We grab ourselves up and get ready for the BONFIRE, what’s a trip to the hills, without bonfire and a few fun moments with friends reminiscing the olden times under stars. Bonfire was one successful venture, to put it in the least subtle way. Rest was a blur for the day. On to the next and last day of the trip, Wake up, dress up, show up and we were striding downhill to see what the somewhat urban, civilized and more settled Nainital looked like. We were the kings of our own lives, as we were let loose to do whatever we wanted, not that we were on a leash earlier. Roaming around each and every street and alleyway of Nainital we found our way to Snow-view point, the route included getting on a rope-way to the top. Just when our expedition had started to burgeon, we were asked to gather at the meeting point so we could walk up to the bus and leave to return to the same mundane routine of lie, I really like it how we can make our lives sound so solemn even after having all the fun we had.