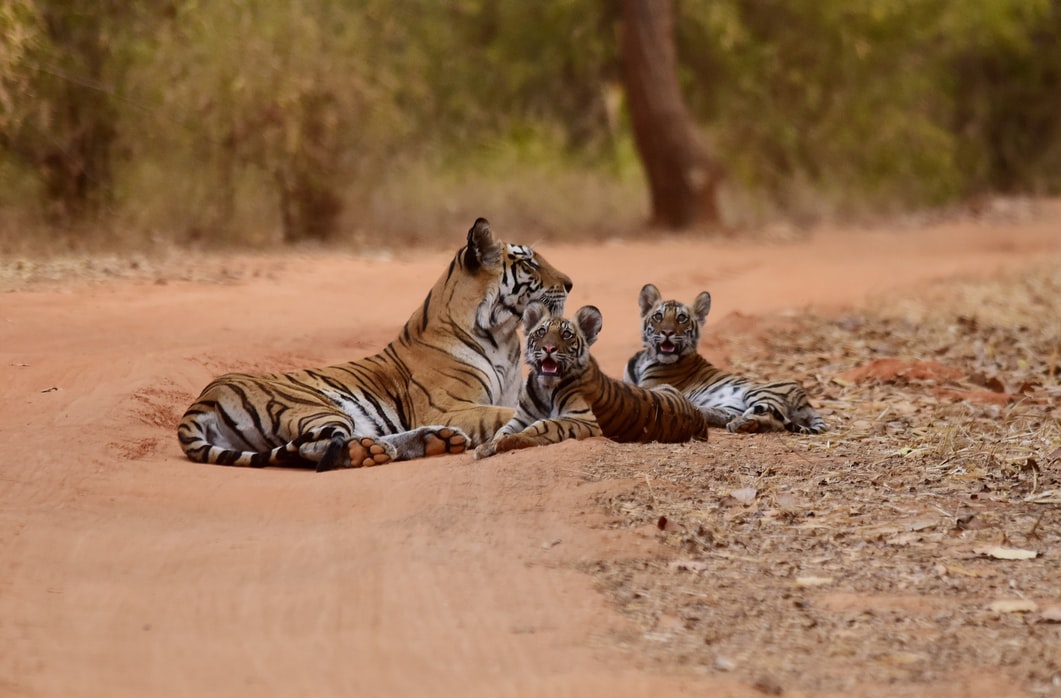 As the fall days are setting in, many of us consider this as the perfect time to wander out on the roads. Comfortable mercury levels and smoothening sun are a traveller’s best friends during this time of the year. With a bunch of autumn and winter holidays, a nomad always prepares an advance plan for the perfect outing. While the hills and plains experience more temperature drop-downs during the year ends, the seashores may still bear humid mercury. Apart from the coastal areas, one of the best-suited itineraries during this time is to explore the national parks and biosphere reserves. Though many prefer the monsoons to roam in one, winters are also a fair time to pay a visit to these.

This blog post is directed towards a list of top 10 national parks in India to visit this winter.

Hemis High Altitude National Park or Hemis National Park is the largest national park in the country. It is a high altitude natural reserve in Ladakh that is globally known for its snow leopards. The only national park in the Northern Himalayas is home to the Great Tibetan sheep, blue sheep, Himalayan marmot, red fox, and Tibetan wolf. The park does not have open roads or safaris and can only be explored by hiking. Owing to its freezing temperatures, the best time to visit Hemis is during late winter. 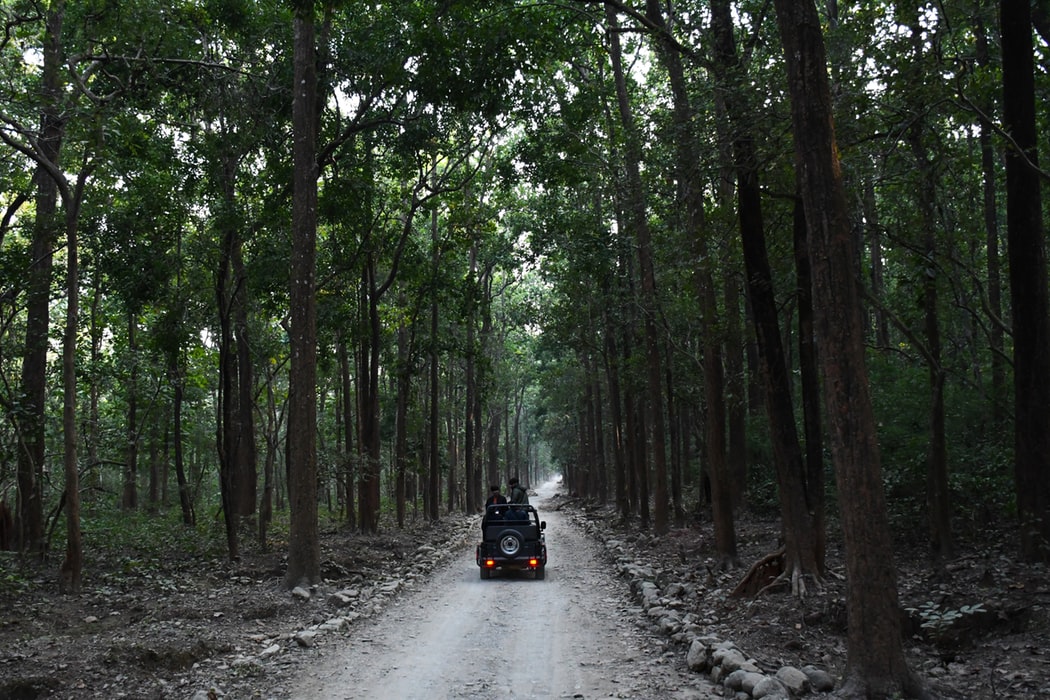 Nainital district of Uttarakhand hosts one of the most popular national parks of India that is named after the famous author and hunter, Jim Corbett. Balancing the wildlife with eco-tourism is the main motto of this national park. The destination is an apple of an eye for the nature-loving nomads who visit the place to get a sight of Bengal tigers, leopards, Sambar deer and many more. The most common sighting point here is the Dhikala that also hosts a tourist lodge. 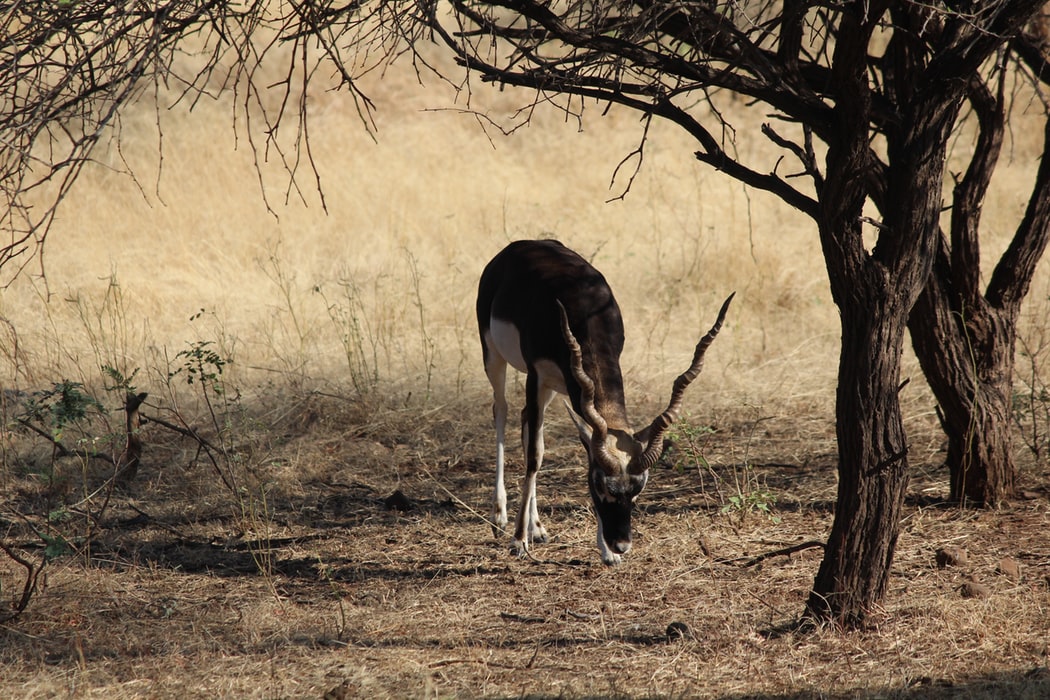 Sasan Gir or Gir National Park is located in the Sasan district of Gujarat. Known for the Asiatic lions, the park was once the hunting ground of the prince of Junagadh. At the end of the 19th century, the estate was converted as the centre for the protection of Asiatic lions and its census has been increasing since then. Devliya interpretation zone near the park promotes wildlife awareness and displays a wide range of flora within its premises. Nomads can stay both at the Sasan Guesthouse or any private resorts available near the park. 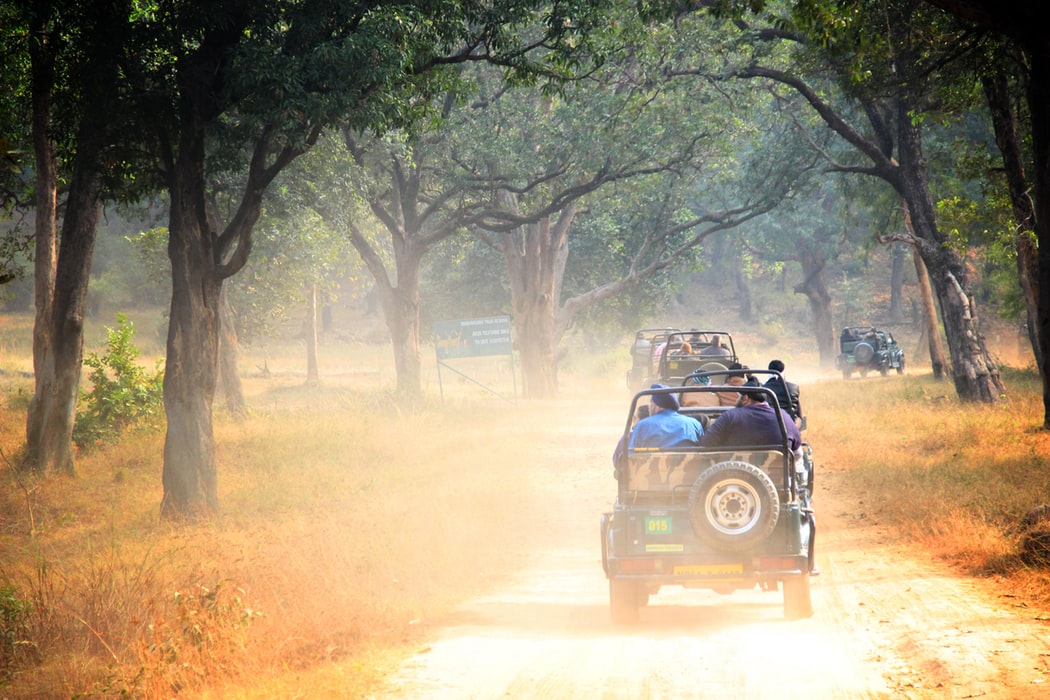 The national park accommodating the largest population of tigers in India is the Bandhavgarh National Park in Madhya Pradesh. Besides the tigers, it also has a huge population of deer and leopards. The woods of Bandhavgarh were the favourite hunting spots of the royals. With the introduction of Project Tiger in 1972, these hillocks were brought under the tiger protection scheme by the Government of India. Today with more than 800-kilometer squares of land, it has the highest tiger density in the country. Easily sighted fauna in the park includes various species of parakeets, doves and tailorbirds along with Indian bison, Sambar and barking deer.

Bandipur Tiger Reserve and National Park along with Nagarhole National Park crowd the second largest population of tigers in India. Both located in the state of Karnataka, Bandipur was established in 1973 and was accompanied by the adjacent sanctuary set up by the kings of Mysore. Along with Indian elephants, tigers, leopards and golden jackals, the reserve is home to a variety of endangered species of flora including teak, rosewood and sandalwood.

Rajiv Gandhi National Park, also named as Nagarhole National Park has the second largest population of tigers in the country. Located along the Western Ghats of Karnataka, this wildlife sanctuary has been also ranked in the UNESCO World Heritage sites. The Kabini river separates Nagarhole from Bandipur and fetches some glorious sights of birds like blue-bearded bee-eater and scarlet minivet. Bengal tigers and Indian elephants are the most sought mammals in these woods that also home reptiles like Indian Rock Python and rat snake.

The world’s highest density of tigers breathes at the Kaziranga National Park, Assam. Apart from the tigers, rhinos are the dominating species in this park. With more than 2000 rhinos, the ground is home to a large number of buffalos, elephants and deer. The history of the reserve park dates back to 1905 when Lord Curzon on his wife’s request protected a land area of 232 kilometer square for the conservation if rhinoceros. Gradually with the interference of the government, Kaziranga with its 430-kilometer square area was enlisted in the list of UNESCO World Heritage sites in 1985. Kaziranga National Park is also the most favourite destination of nomads who seek for bird watching activities. 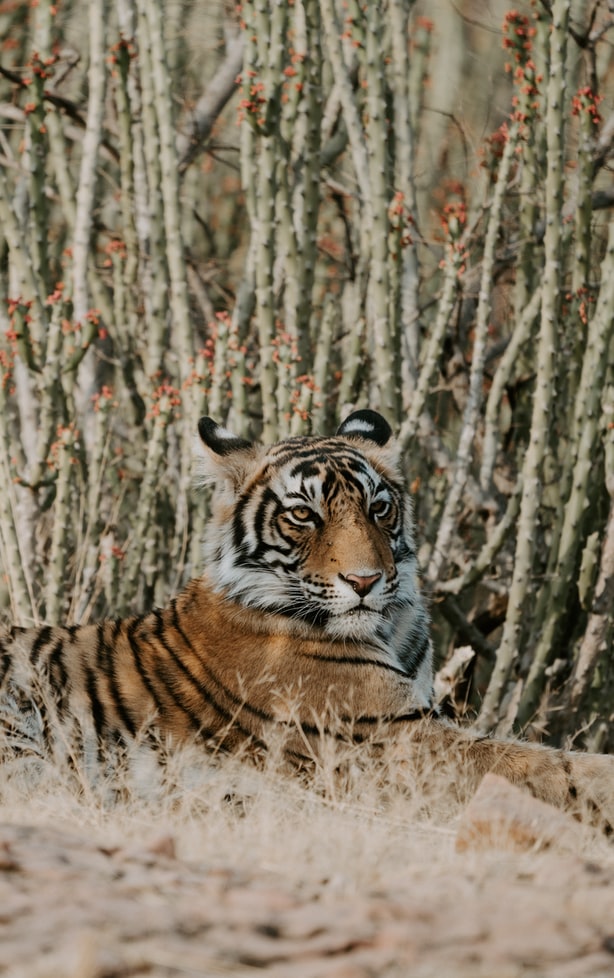 Another popular destination for the nomads to spot a Bengal tiger is Ranthambore National Park in Rajasthan. Known for its mighty cats, the reserve also homes various other species of fauna including nilgai, wild boar, sambar and sloth bear. Ranthambore fort and Padam Talao are two major attractions at the national park. Due to the park’s close proximity to the villages, there were frequent incidences of illegal poaching that resulted in the census drop of the tigers. But successful efforts of the forest officials towards tiger and wildlife reservation made the tiger population increased from 42 to 64 in 2014.

Swamps and mangroves that shelter saltwater crocodiles, Indian python and King cobra is the Bhitarkanika National Park in Odisha. The second-largest mangrove ecosystem of India is flushed by the streams of the rivers Brahmani, Baitarani, Dhamra and Pathsala. The thick mangroves at these waterways are also home to fauna like chital, wild boar and turtles. Bhitarkanika was once the hunting grounds of the kings of Kanika. Few of the hunting towers can be perceived to date during Bhitarkanika trail.

The tiger reserve and the biosphere reserve located on the Ganges delta in the state of West Bengal is the Sunderbans National Park. A large part of the reserve area is covered by mangroves that shelter mammals like Royal Bengal tigers and saltwater crocodiles. The name Sunderban itself is derived from Sundari trees which are a particular kind of mangroves. The mudflats of Sunder bans provide the ideal environment for mangroves to grow in and are also the potential tourist spots in the reserve.