There are a plenty of destinations in India, which are visited by millions of national and international visitors every year. The tourists find several things to do in India. They can dive into the spiritual sea of yoga and meditation at several religious monasteries and ashrams. Also, they have options of going to hill stations with snow laden mountains, or sea and beaches or absolute deserted places. Such places and palaces are a speciality of the desert state Rajasthan. The number of forts and palaces it boasts are more than the rest of the world combined.

One such tourist place of India is Bhangarh Fort. Though it’s is in complete ruins and debris form, but renowned across the globe for its haunted aspect. One can easily see the shambles of several houses, temples and forts inside the premises. The place is spread over many acres of land and said to be once a well-established and planned city housing thousands of people.  But now, the India travel guide and the India travel blog count it in one of the scariest India travel destinations.

This historical monument is situated in the district of Alwar, which is near the world-famous Sariska Tiger Reserve. It’s located at a distance of 188 km from Delhi and 83 km from Jaipur.

There are many stories surrounding the destruction of the fort, which are not just interesting but spooky at the same time. The tales regarding the Bhangarh fort are enough to send chills down your spine. Some people say a tantric (cursed the fort and it fell during a single night. The residents then had to evacuate the place to save their lives overnight.

It’s believed that the evil sorcerer was madly in love with the princess of the palace known as Bhanumati. She was extremely gorgeous. When she refused his proposal of marrying him, the tantric began to curse the entire kingdom. The princess was a magician too. She fought bravely with him and managed to save the lives of many people. However, many people died too.

During the war, the beautiful kingdom was brought down to ruins. And ever since then it has been considered that ghosts of the people roam there in the midnight. 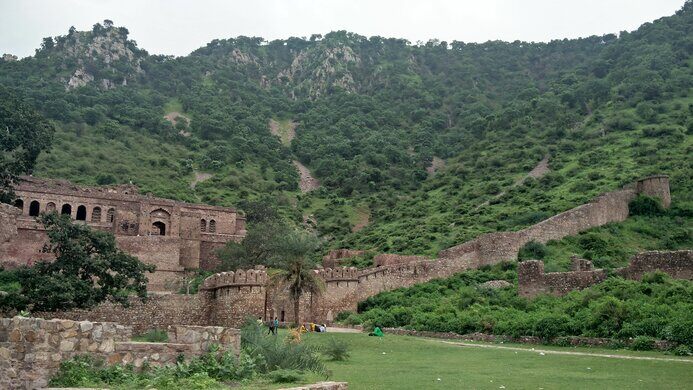 As per the historians, the town was built by Bhagwant Das ( a Kachwaha Rajput) as the residence of his son Madho Singh in the year 1573. He was succeeded by his son Chhatra Singh. After his death in 1630, the kingdom started to decline. In the year 1720 Jai Singh II, conquered the Bhangarh town forcefully. From here it started to diminish due to overtly population and in 1783, following the famine, everybody left the place. Since then Bhangarh fort has been uninhabited.

When you enter the fort you find a Lord Hanuman temple, which is the testimony that he protects visitors from the evil spirits. Along with that, the Archaeological Survey of India (ASI) has erected a signboard mentioning the prohibition of entry for anyone post sunset. The fort is surrounded by a dense forest, which raises the risk of wildlife animals like tigers, bears, jackals attacking people. That’s one of the reasons people are not allowed after a certain time. 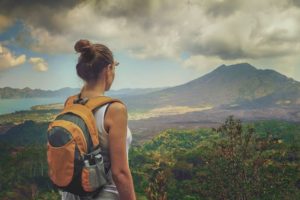 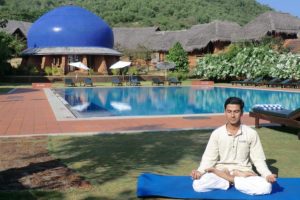 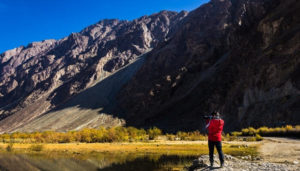 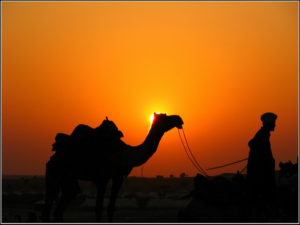