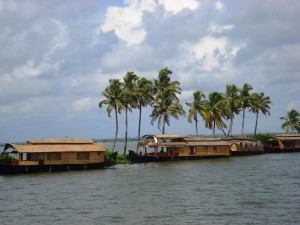 The Kerala backwaters are among some of the world’s greatest peculiarities. Located on the coast of southern India, this chain of water bodies seamlessly unites freshwater and salt water into a large, interconnected web.  Rivers, canals, lakes and much more all intertwine in a delicate pattern that preserves the purity of the freshwater when it is in direct conjunction to the Arabian Sea. Many of the villages located along the Kerala backwaters utilize this pure fresh water for irrigation of the land without having to worry about contamination or high salinity.

In spite of their environmental impact though, the Kerala backwaters are mostly used for economic and tourism purposes. Almost every town along the way can act as a stop for backwater cruises, and those that don’t at least use the Kerala backwaters for transportation of goods.  The water acts as the primary means for the economy of the area, providing movement and business for a variety of individuals. The water provides enough irrigation for most of the food grown in the area, so the agricultural community is quite big around the Kerala backwaters. They are indeed the veins that keep the money of south India flowing smoothly.

One of the most noticeable aspects of the Kerala backwaters is the amount of house boats that float along the water. Since the backwaters are so calm and still, people are able to actually live out on the water with relatively few problems. In fact, there are a lot of house boats that people construct to essentially be floating hotel rooms for the many tourists that come to visit. This is a great way for people to experience the Kerala backwaters at their finest for a long stretch of time, and it adds a bit of character to a typical vacation. Tourists love that they can live right on the water, and the owners of the house boat love the extra flow of income every month. 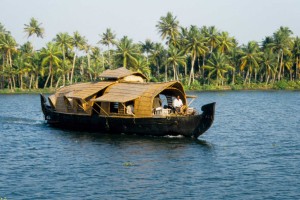 Overall, the Kerala backwaters are among the most known and sought after places in India, and they won’t lose their popularity until the water dries up completely. From the visitors to the farmers and everyone in between, it seems like the backwaters keep people happy and prosperous from every walk of life. If the water isn’t being used for transportation, it’s in use for housing, agriculture, cruises, or whatever else someone needs it for at the time. Without the Kerala backwaters, there would be a great loss in the economy and character of the area, and India as a whole would probably suffer from the consequences. Luckily, the waters show no sign of elimination any time soon, so everyone should be able to reap the benefits of the Kerala backwaters for many centuries to come.

One thought on “Kerala Backwaters: The Interlocking Veins Of Southern India”