Snow Skiing and Skating – Snow Sports Places in India
If you are not quite aware of what places in the world that have some of the best extreme sports adventures, then try to check out the northern part of India. There you will find many avenues for mountaineering and exciting snow sports. Whether you’re looking for heli-skiing adventure, ice skating, or ice climbing escapade, north India is an ideal destination for such expedition. Places such as Manali in Himachal, Garhwal region in Uttar Pradesh and Ladakh in Jammu & Kashmir have the ultimate extreme sports you are searching for. So start packing up your sports gear and let’s have an interesting voyage to Indian north.

There are plenty of activities one can engage in when the particular interest is winter sports. It is not just limited to snow skiing. You can have many choices of sports out in the snow. If you’re up for a breathtaking climb up the snowy mountains, then call out friends and reach the peak together. But if you have a particular fear of heights, you can opt for ice figure skating. Glide in the snow and have a whole of fun dancing. Another adventure-filled snow sport is snow skiing. In the northern part of India, one can go skiing in the leading upland hill resort of Kashmir which is known as Gulmarg. The popular resort has an altitude of 2,730 m and is a great spot for your favorite winter sports.
Other than Gulmarg, another premier skiing resort called Auli in the Indian north can be found in the Garhwal Himalayas in Uttaranchal. The snow-capped mountains and hills in The Manali Region in Himachal Pradesh are not just conducive for winter sports but summer skiing as well. The mountainous area in Narkanda has natural ski slopes but during the warmer days, skiing is not recommended. Shimla is never left behind as a favorite spot for skiing especially during winter season. Similar to snow skiing, ice skating is performed by sashaying smoothly along a flat ice-covered skating rink instead of gliding along snow-covered slopes. When ice skating, put on a pair of ice skates and comfy attire to beat the frenzy cold. The sport requires proper balancing since the skating blades won’t let you stand still if you are yet a beginner. You can skate alone or better yet, be with a partner to make it more interesting.

Check out ice skating in Shimla which holds an annual sports festival. The yearly event highlights ice skating as a major attraction. No worries if you are a beginner in ice skating. Just learn the ropes with stability and steadiness and you will enjoy this particular snow sport along with the rest of the ice skaters. If you are the type who would opt for a more adventurous kind of sport, then mountaineering and ice climbing is a nice challenge for you. Try beating the odds at the Indian Himalayas for a truly thrilling climbing experience. Some of India’s mountaineering regions are Jammu & Kashmir, Himachal Pradesh and Uttaranchal. But mountain ranges like Sikkim and Arunachal Pradesh have limited or constricted climbing options.

The most challenging mountain peaks in the Indian Himalayas that climbers would want to try would be Nanda Devi and Kanchenjunga. Apart from that, mountaineers can also try their experience at Garhwal Himalayas, the Zanskar range in Jammu & Kashmir, Kullu & Lahaul in Himachal Pradesh and the eastern Himalayan range of Sikkim & Darjeeling. Some ski lovers don’t just settle for the regular type of skiing. Those who would want something more thrilling and risky can try heli-skiing. As the term implies, a helicopter will bring the skier to the snow-covered mountain peak and from there, the sport enthusiast will glide his way downward the slopes. As exciting as it may seem, this kind of sport poses certain risks since a skier will eventually have to find his way toward the plain through unfamiliar routes and contours. Aside from the Indian Himalayan region, other cool Skiing Places in India are Hanuman Tibba, Deo Tibba, Rohtang Pass and Chandrakhani Pass near Manali. Gulmarg, J&K, Pithoragarh, Kumaon Himalayas, Uttaranchal.

Skiing and Skating in India - Snow Sports in India

Sun Apr 2 , 2017
Listen Share on Facebook Tweet it Pin it Share it Email Skiing and Skating in India – Snow Sports in India Skiing in India? Most people have probably not heard of it. But did you know that India has the best skiing sites? For one thing, there are many exciting […] 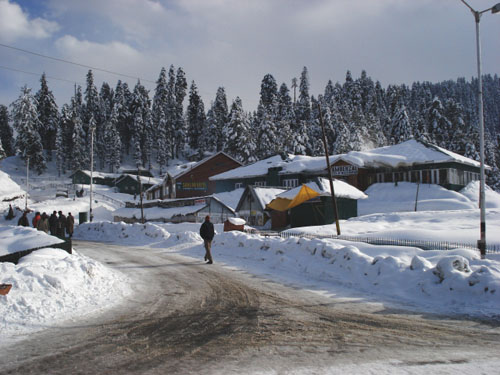