The Suru Valley is one of the most beautiful areas of Ladakh and a rather recent addition to the tourism map of Ladakh. The Suru Valley forms the mainstay of Kargil district. Lying nestled along the north-eastern foothills of the great Himalayan Wall, it extends from Kargil town, first southward for a length of about 75 kms Upto the expanse around Panikhar, hence eastward for another stretch of nearly 65 kms upto the foot of the Penzila watershed where the Suru valley rises. The hills of Suru Valley are cultivated intensively than anywhere else in Ladakh. Enough snow and water during the winters and fertile land makes it possible to yield two crops annually.

The valleys are especially picturesque in spring when the apple, apricot and mulberry trees are all in bloom and in autumn when they are laden with fruits. Its composite population of about 30,000 – mainly of Tibetan-Darad descent, are Muslims who had converted their Buddhist faith around the middle of the 16th century. At Thangbu, a little village, the traveler gets a first glimpse of the spectacular Nun (7135 m) – Kun(7935 m) massif which loom over the skyline in their crystalline majesty. Pahikhar, about 12 kms. away is the base for treks to Kashmir and Kishtwar. The road goes past the glaciers of the Nun-Kun massif to descend to Rangdum gompa with a little stream forming a moat around it, looks like an ancient fort protecting the valley. Only the basic accommodation is available at most of the tourist spots of Suru Valley.

Sankoo, Panikhar, Rangdum and Padum in the Suru and Zanskar Valleys are the base for a variety of trekking routes. The Suru Valley covers the catchment area of the famous Suru River. Suru river originates from the Panzella glacier. Before it joins the Indus River at Nurla it is joined by numerous tributaries, including the Dras River at Kharul. Suru Valley forms the mainstay of Kargil district. The valley is nestled along the north-eastern foothills of the Himalayan range and from Kargil. People living in Suru Valley are mainly of Tibet and Darad descent – most of them converted their religion in the 16th century. The beauty of this Suru Valley region is further added by two towering peaks of Kun (7035 m) and Nun (7135 m) which loom over the skyline. The general topography and mountains in most of the areas in Ladakh differs from the Suru Valley as Suru Valley is relatively more fertile extending from the Panzella glacier to south of Kargil town. In Kargil the Suru River merges with the Botkul River which originates from the Botkul glacier.

The upper reaches of the valley, particularly around the Sankoo bowl, the Panikhar expanse and the higher stretch beyond, present a spectacle of breathtaking features – majestic mountain ramparts crowned by snow capped peaks, undulating alpine slopes draining into wild mountain streams of foaming cascades of pristine water, awesome glaciers descending along the Himalayan slopes to the river bed in riverine formation, Quaint villages of adobe houses straggling dry hillocks surrounded by large tracts of lush crops downward the patches of alpine pastures uphill.

The average altitude of the Suru valley is 3,000 m. Winters are extreme and heavy snowfalls are normal. Still the conditions in the Suru Valley do not become as adverse as in the Dras Valley. The winters begin around mid-November and end in May. During winter, most of the valley is covered with a thick layer of snow. The interesting development can be observed as the water starts melting in the month of may. During the first melting process one can see the dark color which is obtained by the water and after it takes the blue and green color. In the month of September the water reflects the best color and at the same time as it starts getting cooler again the melting of the snow is also slowed down thus water quantity becomes less. One of the factor that the Suru Valley is fertile if compared with the other parts of Ladakh is that summer lasts here longer than in other parts. Agriculture is the main activity of the local economy and also the main source of income for local people of the valley. In some parts of the valley two crops can be yielded each year unlike in other parts of Ladakh where sometimes it is difficult to have even a single crop in the year. Main crops of the Suru Valley are wheat, barley and millets. Some initiatives have been taken to improve the wheat quality which has increased the production of cereals. Some of the vegetables grown here are turnip, radish, peas and black peas. Grapes, apricots and melons are produced in fairly large quantities at Darchik and Garkoon along the lower course of the Indus through Ladakh. These find a ready market in Kargil. Liquor is made from grapes.

After crossing the Suru valley, the road leads through a sandy plateau followed by another narrow valley and then one reaches to Mulbekh village, which has an important monastery on a high rock. The landscape round the settlement is characterized by limestone masses that thrust up along fracture zones. Here the religion dates back to the period when Buddhists missionaries came traveling east of the Himalayas. The main attraction of Mulbekh is the huge rock-cut sculpture of Maitreya. It is 9 m high and depicts a standing Boddhisattva with four arms, carved on a solitary finger of rock, with a headdress and jewels. In the village of tidy whitewashed houses, there are two Gompas. After reaching Mulbekh, one crosses Namika-La pass situated at a height of 12,000 feet. Later, the road leads to the highest pass on the Srinagar-Leh Road known as Fatula, about 13,497 feet above sea level.

Sun Sep 24 , 2017
Listen Share on Facebook Tweet it Pin it Share it Email Luni Vilage is situated 35 kms away from Jodhpur, it is a charming and cloistered village which reflects the royal past of Rajasthan. In Luni many artisans are still pursuing their ancestral profession of carving metal, clay or wood […] 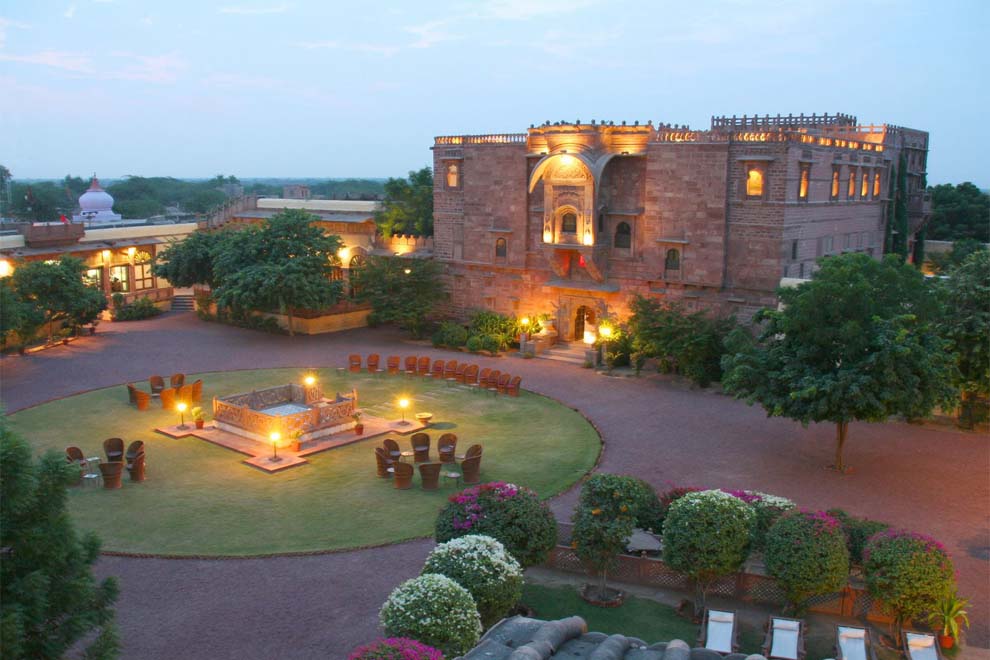