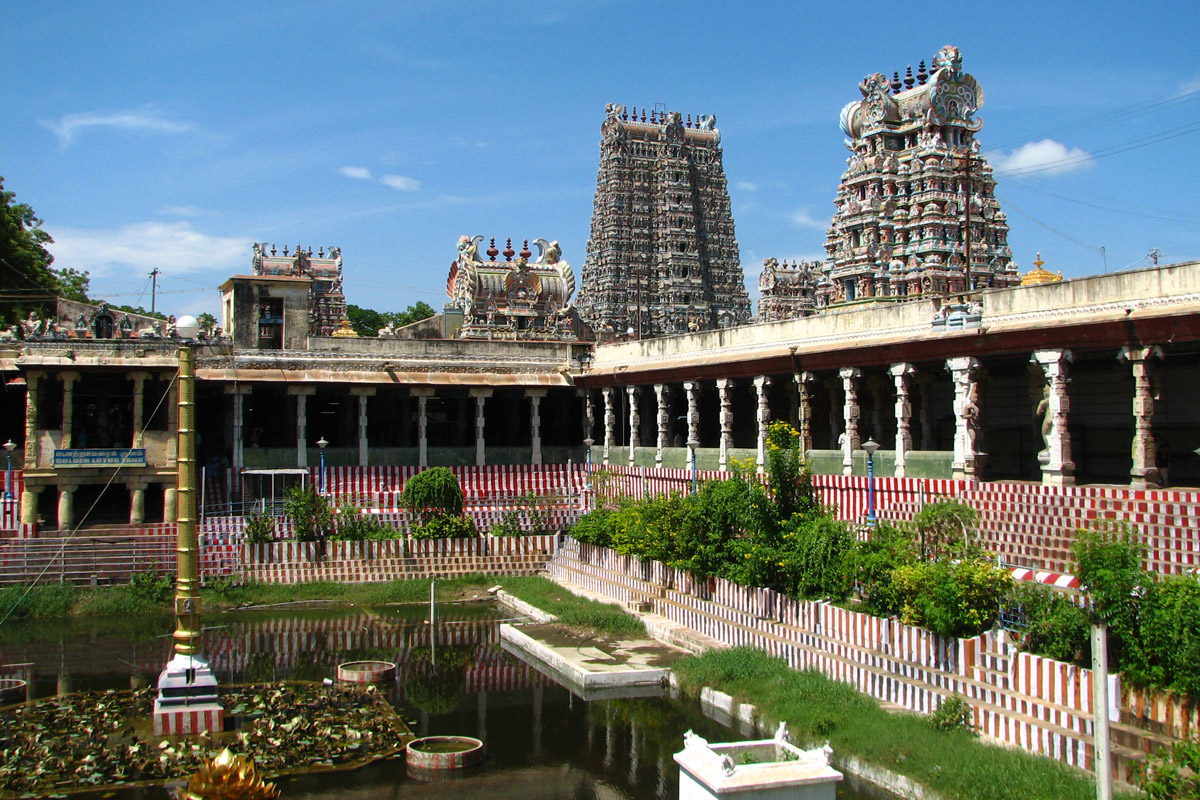 The Meenakshi temple is a temple which has got great significance in the architectural wonders of India. It is a temple which has earned fame and accreditation from round the world. This temple had been built in order to please lord Shiva and his wife Parvati in the form of Meenakshi. It is located in the city of Madurai which is located in Tamil Nude, India. This temple had been built around the 17th century and the main credit goes to the Vishwakarma Brahmins for their immense skill in art and architecture. They did a splendid job by building this temple and completing the art work. The main temple complex has around 14 towers which are highly decorated and sculpted.

The main two towers or the Golden towers are for the main deities Shiva and Meenakshi. The temple has been a front runner for the post of ‘Seven wonders of the World’ for its amazing architecture and beauty. The tallest of the temples of Meenakshi stand at 170 feet. The temple complex is very widespread covering an area of around 45 acres. The entire temple is a massive structure which has dimensions of 237 by 254 meters. Many deities are worshiped in this shrine and the shrine of lord Shiva lies right at the center of the temple. The dominance of Shiva over other deities developed much later. A sculpted figure of Ganesha can be seen outside the main shrine of Lord Shiva; this structure had been made out of a single piece of stone and well sculpted in the form of Ganesha.

There are five courts of royal standards in the Meenakshi temple dedicated to lord Shiva and one of them contains the deity of Nataraja which is the dancing form of Shiva. The figurine is made of silver and the place where it is kept is also known as the Silver Abode of lord Shiva. The Thousand Pillars are of great significance to the Meenakshi temple. The thousand pillars symbolize architectural prowess which the Dravidian form of architecture had during that period. They are carved pillars which is a unique feature by all means. The total numbers of pillars are 985 but still it has been named the thousand Pillars. Another startling feature of this temple is the set of musical pillars. They produce notes of different frequency when struck with a rigid object. The art museum of the temple is the place which displays the art and architectural developments of the past 1200 year old period.

Around the world this temple enjoys a special place since the architectural beauty and expertise of this temple has been unsurpassed by very few structures from the historical period. The temple had been built as a salutation to lord Shiva and his wife Meenakshi.

How to Get there